There’s this one WIP I played a while ago where the MC comes from this wealthy family, and works at a jewelry store(?) run by their friend. One day the store gets robbed/vandalized, and later the same people who attacked the store attack the MC at their house. MC tries to fight back and (I think) they discover that they have powers.

Idk if I remembered all of that correctly, but that’s the best I can do. I cannot for the life of me remember the name of this WIP and it’s killing me.

i think that is Golden

@tamsgood No, it’s not Golden, I must’ve misremembered the jewelry store being from the game I was talking about

Thanks for the reminder lol. I do remember there being some kind of store in this game that was attacked/robbed, but I can’t say for sure.

In this game, I think there’s like some sort of demonic/supernatural entity that’s attacking the MC’s house/neighborhood? The MC has some sort of family heirloom or something (I think it might’ve been a sword) and they grab it, only for it to unlock some kind of powers or something. That’s literally all I can remember about it, but yeah.

So I’m pretty bored right now and little bit depressed, i hope anyone can give me WIP recommendations, it’s okay if the WIP only have pretty few chapters or the WIP is an early day’s relic of this forum, i take anything so i hope someone can help me

I think you talking about The Grave of Heirs.

idk about ur preferences and if youve already played them but these are some of my all time fav wips. also, im pretty sure there’s a thread for this sorta recommendation for wips.

Thank man. Now i gonna have long night to read

Although, according to the author, it’s in the process of being rewritten and ported to Twine. Still, enjoy your reading.

I might’ve made this up completely in a dream but does anyone remember a story where a kid tries to kill you with a knife but he was holding it backwards and stabs himself instead? Your father saves you after you get in trouble by sending you to the military with your childhood friend.

I don’t know which story that was, but either this is a Mandela effect or I definitely remember reading this, too!

Edit: Yes, it’s definitely real. It was some kid who bullied you, and while threatening / attacking you, they accidentally hurt themself, and you get into trouble for it.

I’m looking for a game where you play a detective investigating the disappearance of your classmate’s bike. There were other cases but I’ve only played the first. 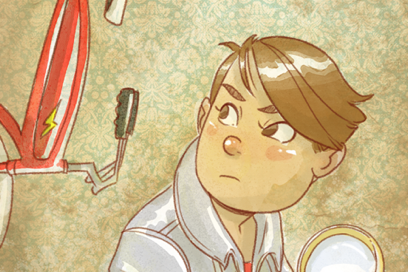 Round up the usual suspects—the mean girl, the new kid, the bully, the nerd, maybe even your best friend! Middle school crime doesn't stand a chance.

Uhhhnn anyone remembers this wip “you’re in a town where the past somehow overlaps the present and there you met some known infamous black sheep of the fam guy, who has taken an interest on you because you the MC cannot just see him but as well as communicate and touch him? Oh and yeah I think hes somewhat being blamed for the deaths around town, and your purpose is to unravel the mystery around it …” Ehhehe thanks in advance ( • ̀ω•́ )

Do you mean the Porthecrawl Witness?

The Porthecrawl Witness The town of Little Porthecrawl’s idyllic existence is under threat and it’s up to a small-time columnist to stop the town’s unraveling. Between tears in the timeline and a radical occultist, it may just make the front page. For two hundred and fifty years, Porthecrawl’s colonial ancestors have watched as modernity has improved the lives of their descendants - that was the deal they made and they have accepted it with hands clasped and heads bowed. But something is chang…