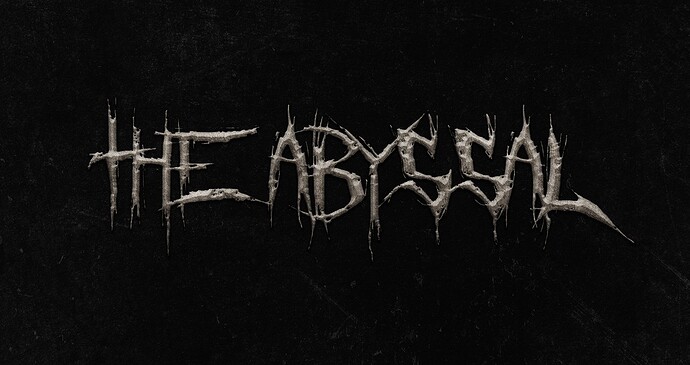 Hello everybody, my name's Matthew, or just Matt for short.

This has been a huge project of mine for the past two years, but only recently I decided to give it the attention it deserves, so here we go.

In this game you assume the control of a powerful deity that was betrayed by their fellow gods. Imprisoned, against your will, for all eternity you had a long time to plan your revenge.
After you regain your freedom, travel across Hylaria and recruit acolytes to help you in your quest for retribution. Influence their future as you learn their past. Cultivate the kind of relationship you want to have with your followers, make them fear you, or be a kind leader and inspire respect.

Oh, and did I mentioned you are Death itself?

You can play as a god, goddess or a deity. Choose your sexuality, appearance, personality, an immortal creature for a pet, and a powerful weapon to wield. Be a merciless monster or a benevolent being. Feared or revered? Your actions decide how mortals and gods perceive you.

This game is heavily focused on relationships so expect a lot of romance. Speaking of which, I have 6 romanceable characters planned as of now, 2 being gender-locked to male and the gender of the other 4 can change based on your choices.

Patreon with bonus content: patreon.com/holtzmann
The Abyssal Tumblr: theabyssal.tumblr.com
If you want to give Death a coffee: ko-fi.com/holtzmann

Seems really cool so far! It isn’t terribly long so I don’t have a ton of feedback, but the base plot seems very interesting. I’m excited to see where this goes!

It seems quite interesting and your writing is very descriptive.
I especially liked the way the moment of death was written.

This has a lot of potential. For instance, I loved how you make the MC’s hair colour, something which is usually inconsequential, tie into the imagery of Death. If it’s golden, then it’s like the sunset over a battlefield; if it’s deep red, then it is like a blood clot, clogging arteries.

These details can make or break a game.

The demo isn’t very long, but from what I’ve seen so far this game is going to be epic. Good job! I love it! The descriptions used to describe the scenes are so good. I love it when writers describe something so detailed that you can imagine yourself in that scenario. Definitely keeping my eye on this game. It’s so good.

That was fantastic. All I can really say. Some minor typos here and there but the person above me should’ve already gotten it

I think I may have found a typo. Would it be yearning instead of earning? 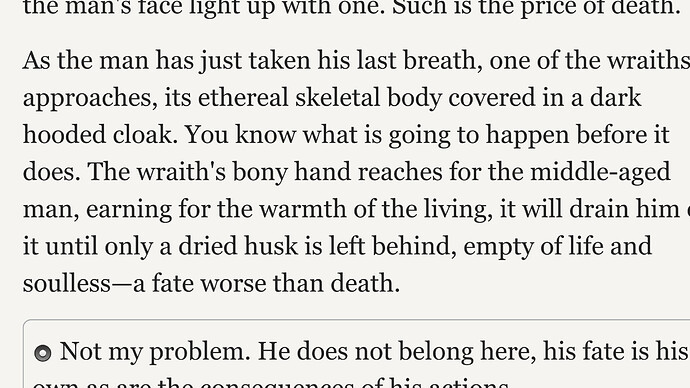 Congrats on publishing the demo!

This is good i like. Cant wait for the next update.

Thank you so much, i’m already working on the next update!

Beautiful descriptions, I’m a very descriptive heavy writer myself and to see another that is so well written chef’s kiss I love it! Cannot wait for more, this one for sure has peaked my interest

@Custodes Thank you soo much!!

@gomisegye This is so helpful, you have no idea, thank you!!

@MisterJB Thank youu, that was something I found it lacking in other games, and I aim to bring more of that in later updates!!

@CrazyOcean That is exactly what I was aiming for, I want you guys to imagine a scene the way I do haha! Thank you!!

@King2 Not gonna lie, I’ve read through the story so many times and I still didn’t catch all the typos so every help is appreciated, thank you so much!

@AChubbyBlackCat Thank youu, this one has been in the works for some time hah!

@Taayy_Lynn OMG, thank you so muuch!!

Not very long but what IS there is extremely well written. The details following the customization choices were a pleasant surprise, not many writers I’ve seen tend to do that but I love to see it when they do. Can’t wait to see where this goes!

Not much to go on, but from the writing(enjoyed your writing style), to the introduction so far

. I can definitely say and see it’s going to be amazing. Definitely looking forward to the next update

I would really appreciate it if you guys could help me find spelling and grammar mistakes so I can fix them!

Hey​:wave: I just want you to know that you immediately caught my attention when you say “Play as death itself” and this excite me and when I read the demo I was like THIS IS AMAZING!!

. And to top it all off IT IS A ROMANCE​:heart: (MY FAV GENRE). But all my craziness aside​:sweat_smile: I’m very in love with this and it has a lot of potential. So good luck to you and can’t wait for future updates​:grin:

Hmmm🤔 I don’t know what happened to the other emoji/s that I put at my comment👆there. Whelp don’t me😅

@KEMAR_SIMMS Thank you, i’m already working on it.

@Kagerou_Dayz666 That makes me so happy, thank you!

@Lyle_Schiefer hahah thank you for the vote of confidence!!

@Writing_Fever This is amazing!! Exactly what I’m looking for, thank youu!!

@Anabelle_Parsons Romance is also the only reason I play IFs hahah, so you can expect A LOT of feelings!!