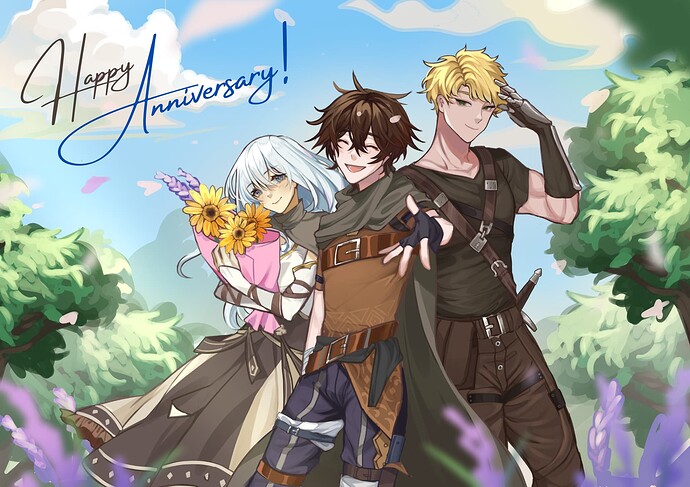 Thank you for supporting AMR! Artwork commissioned from Yesa.

A Mage Reborn is my first real attempt at making a ChoiceScript game, and I would love to get feedback on anything you find lacking. It is planned to be the first of a trilogy, with each book being ranging between 150k-300k words.

DEMO: https://dashingdon.com/play/parivir/a-mage-reborn/mygame/
Word count: 216k without command lines
Average playthrough: Roughly 80k words
If you did not start from a clean save in a post-2.5 edition of the demo, it will be broken in the current one. Otherwise, you should be good to go!

TUMBLR: https://mage-parivir.tumblr.com/
For smaller devlog notes on the game (read: non-demo updates), with an open askbox! 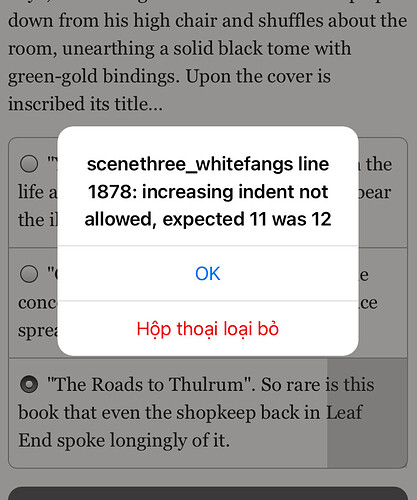 This is a very promising start. There’s nothing I enjoy more than playing as a mage in a fantasy world, and your grasp of English is excellent, I’d never have guessed it wasn’t your first language. I did hit an error which unfortunately cut the story short, but once that’s fixed I’ll look forward to reading more.

This seems interesting, but I noticed that, despite being marked as gender-choice and nonbinary-inclusive, the game refers to you as male (“helpless little boy” should lead to it) without ever giving you the chance to pick your gender. There’s nothing wrong with making a genderlocked game, of course, but judging from the game’s feature list and the fact that everywhere else it seems you’ve taken care to be gender-neutral, I don’t think that’s your intention?

EDIT: Found another one of those, this time after getting the chance to choose to be female (“considered me a son”). I imagine this story was originally written with a male protagonist in mind?

Huh, so I really liked this.
The plotline is amazing. Really a good idea and I like the execution so far. I hope to read more

I also had some errors as well as pronoun errors as I was playing female.

Also I like the characters so far. But I did stumble a little when a new scene started. It gave me a distorted feel. I like ot non the less!

Hmm… I don’t know if it got to do anything or if I miss anything about changing my gender in the arc but… my main characters is a female but it suddenly turn into male when I meet Sister?? Or it is a bug perhaps?

Found this error while playing:

Oi @Parivir this WiP has save files from some other WiP…

Hello everyone, thanks for giving this WIP a chance!

Sorry for the pronoun issues

A lot of it, especially the ones on the banquet chapter, stem from me defining a quick character at the start of the scene for testing purposes. Which I foolishly forgot to delete before publishing. Big sad.

In any case, all errors mentioned in this thread (save the save file one, which…stumps me) has been corrected!

As for @Empress_Nightmare’s concern with the save files…I confess I have 0 knowledge on the workings of dashingdon/save plugins, so I don’t even know how to begin to approach this issue. I only added (*sm_init mygame | 3) to the startup txt, as per the site’s instructions. Would anyone more tech savvy be able to have any insight on it?

I think you should use your custom name instead of mygame…

Anyway are those second set of choices have all choices greyed out except one?!?

Yeah, it’s like some kind of flash back, each of them is a piece of our memory

Hi, save issue is hopefully fixed. Thanks for pointing out! And yeah, @Manaxaggd has the right of it

Oi @Parivir save system is fixed…
And 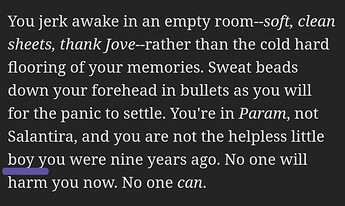 Shoot, I could’ve sworn I caught that one. Fixed!

I got a game breaking error when after helping the healer I said we were friends, something about the yesfriends variable.

That was extraordinary! Simple, neat and thrilling!
The pacing was profesionally done.