This thread is for the discussion of the entire Wayhaven Chronicles series by Mishka Jenkins, also known as @Seraphinite. Here, you can post opinions, theories, or just talk about your Detective!


Note: Spoiler tags for Book Three are REQUIRED, or your comment will be removed! If you don’t know how to apply spoilers, this thread will show you how.


If you’re super confused and don’t know anything about the Wayhaven Chronicles, please consider playing the game!

Book One is available on Steam, Apple, Google Play, Amazon, and the Choice of Games webstore.

Book Two is available on Steam, Google Play, Amazon, and the Choice of Games webstore.

All released books can also be found in the Hosted Games App, available in the Appstore, Google Play, and Amazon.

Book Three is currently in being written. A demo is available in the WIP thread (linked above). This is the final demo and no more chapters of the game will be released until launch, when you can purchase the full game for yourself.

Before you ask a question, please check to see if it’s already been answered in this FAQ!

All answers are hidden under the summaries.

Unless otherwise indicated, all answers are spoiler-free.

If you think you have a question that should be added, please @ or PM me so I can see it.

I hope that answered most, if not all, of your questions!
If not, feel free to ask and we’ll try to answer to the best of our ability.

In any case, have fun and… 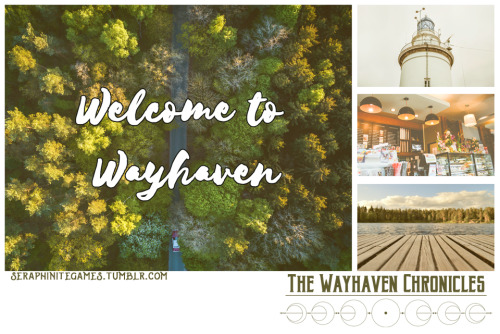 Sera is gonna be

when she comes back and sees this

Dang, guys, we sure are thirsty passionate about sexy vampires!

WE BROKE THE SYSTEM! The first thread closed after 10 001 messages

Aaaaaand we’re back~!
I missed you guys.

Oh yeah, and if you guys haven’t read the welcome post…we have a wiki now.

we have a wiki now

Hmm, @Mewsly’s Wayhaven Wiki link doesn’t seem to work. I’m not directed to a site when I click on the link.

This isn’t the first thread. I believe Guns of Infinity has that distinction, but we can celebrate the new thread anyway.

I have a question though… why must Book 2 have spoilers if there is nothing out? I can see Book 1 endings needing it, but when the demo releases, I figure this thread will get locked and discussion moved to the new Book 2 demo thread.

If you are going to insist that Book 2 talk needs spoilers, what exactly should be spoilered?

Fragments from Book two posted on the tumblr, I’d assume.

@michellexylee The link should work now.

@spunkycatninja Actually, we discussed this in the other thread, but it has long since been buried…and that’s kind of the issue.

We’re a very talkative fandom so much and it would be more detrimental than helpful to @Seraphinite and Book 2 as a whole if we moved all discussion over to that. So we were thinking that instead of doing that, we leave the Book 2 WiP thread for more focused and helpful feedback that Sera can actually read through, instead of jumping to the latest in 600 new posts.

This thread would then serve for our more off-topic discussions that still deal with Wayhaven, without completely derailing the WiP thread.
Of course, that one hasn’t been made yet, but I figured I’d add the spoiler warning as a preventative measure regardless.

Also, add that we thought that when the wip of book 2 is open, we should tag Sera exclusively when we have feedback to give, so it will be really ease for her to read the important stuff.

I’d add the spoiler warning as a preventative measure regardless.

Ok, that makes sense. I do remember the conversation, but it had been awhile.

we should tag Sera exclusively when we have feedback to give

But if the WIP thread will be all about feedback, that might be excessive, right?

Also, please, cars can live for decades if you look properly after them. In my mind, we will always have our baby car functional. Even if its only to go to the supermarket

I don’t think it will be 100% exclusive. We will probably gush about the demo itself over there, but try to keep it more contained that the general talk.

Thanks so much to everyone who worked on the wiki - it looks really nice and I can only imagine how much time and effort went into putting it together.

Thank you! We worked hard on the wiki!

Know who else needs to die a fiery death? Murphy. Ahahahahaha~