You know what I just realized?..has there ever been a CoG where you play as a Centaur? or even just have one as an NPC??? well, I know what I’m sticking to the top list of games I want to make now!

You know what, you got a valid point… I might add that as a family… but I’m wondering how they would work on society, I mostly want the families to be able to interact with humans… i will see what I can do(mostly because your the only person to show actual interest)

Edit: took a chug of Coca-Cola and realized I could make them change form… if you’ve watched “Perseus Jackson: and the lightning thieve” then I think I got a way, except less wheelchair.

@tophat You have the characters, that’s an important step. Sometimes this is the most difficult part of an story. Now you need to create the narrative thread, the action, the main conflict

Yea, I think I’m a guy who rolls along with the breeze, make the story as it comes to mind, like I just came with the thought that the story takes place in 1867 during a war.
And it may be 1867 but there’s modern technology in this timeline like modern electronics and stuff but ships and houses(for the poor) are the same as 1867

Since I realized there hasn’t been a game where you play as a centaur, that I know of, I’m curious how many others would be interested in playing a centaur focused CoG, or at least one with centaurs in it.

@Bathala think of all the horse puns though.

I’m just thinking the length of our…

pffft someone has their mind in the water trough

I get what you mean though, but i think if done the right way it could be really unique and interesting.

There is a woman on tumblr, http://hubedihubbe.tumblr.com/ ,who draws some really awesome centaur stuff. If you like centaurs or are thinking of adding them to a story i really suggest checking out her artwork! might help you better understand their anatomy and how they would interact with present day items and situations.

I remember that @Twiger_Fluff once worked on a WIP about being a horsefolk (still rubbing head around the terms). It’s a good read, the story also emphasizing a bit on gender with antler shedding and whatnot.

Unfortunately, it appears the WIP went into indefinite hiatus. Here’s the link if anyone is interested.

ahem cervitaurs.
Man I think about that story every day. Maybe I’ll finish it after I finish my next two Interactive Novel languages.

I bookmarked that one! I loved it so much, it was such a cute and unique game. I hope you’ll have a chance to finish it.

I mean, we got centaurs, satyrs, and there’s cervitaurs… Is there any other -taurs I need to know? Guuh, I remember my chem class having taurine somewhere in it.

Then you mentioned 2 Interactive Novel languages. If don’t mind me asking, are those something like VN, or story about language, or perhaps I totally missed the point and not about story at all? 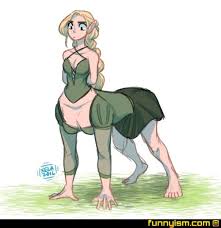 so I just wanna know if anyone would be interested in playing a game where instead of being a physical character in the story, you play as the narrator of the protagonist; so instead of doing things, you’re more like influencing the protagonist to do stuff based on how you narrate the events happening around both of you and based on how you think of things as well. so kind of like those games where you decide your opinions on stuff, except instead of affecting just stats, it affects the game flow itself.
big note: the game’s protagonist is like, really dependent on you to make decisions for them because insert backstory ; also the game would be heavy on psychological themes haha

yeet hello again!
I just wanted to add more, uh, specific stuff to what I already posted in case other people are interested! : )
so here goes yeep yoop:

also I’m like really new to this forum so I wanna know–can we just make a new topic in the WIPs section anytime or do we need some sort of permission? thanks!

You mean, we’re a God with a big G? Hmmm… I haven’t played anything like that before. Seems interesting.

EDIT: Okay, so this got me thinking and it might be fun. We’re like the little voice in a character’s head. Which is to be honest, pretty cool—and of course, I can’t wait to play as a God—a generous God

Me: Hey kid, confess your feelings to your crush.
Character: confesses and gets rejected
Me: Oh well, sucks to be you, mate

EDIT: Okay, so this got me thinking and it might be fun. We’re like the little voice in a character’s head. Which is to be honest, pretty cool—and of course, I can’t wait to play as a God—a generous God

Me: Hey kid, confess your feelings to your crush.
Character: confesses and gets rejected
Me: Oh well, sucks to be you, mate

HASDSJHDSF THAT’S THE GIST OF IT
ALSO WOW OK there’s going to be an actual scene like that! the chapters are going to be based on the age of the protagonist, so like, around chapter 3 or 4, not sure yet, they get a small “uwu I like this guy” moment and you get to decide if you let them pursue the guy or not, if you yourself like this guy, and yeah; and I like relationship stats so ofc that’s gonna affect you and your protag and the kind of scenes you get
asdhsasds my favorite part of writing this whole story is the fact that you can be a salty b@tch or a Very Nice friend and there’s 872473284 in-betweens and I get to write the protag reacting to them all