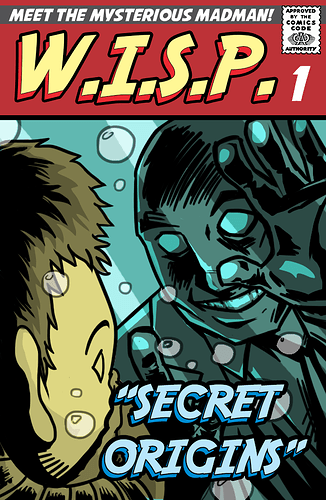 This game is still on hiatus, but I’m currently converting it to Twine. It can be played here, but there’s no new content yet in comparison to the version that was written on CS.

I’ll let you guys know (and ask for the thread to be unlocked) when more stuff has been added to it. 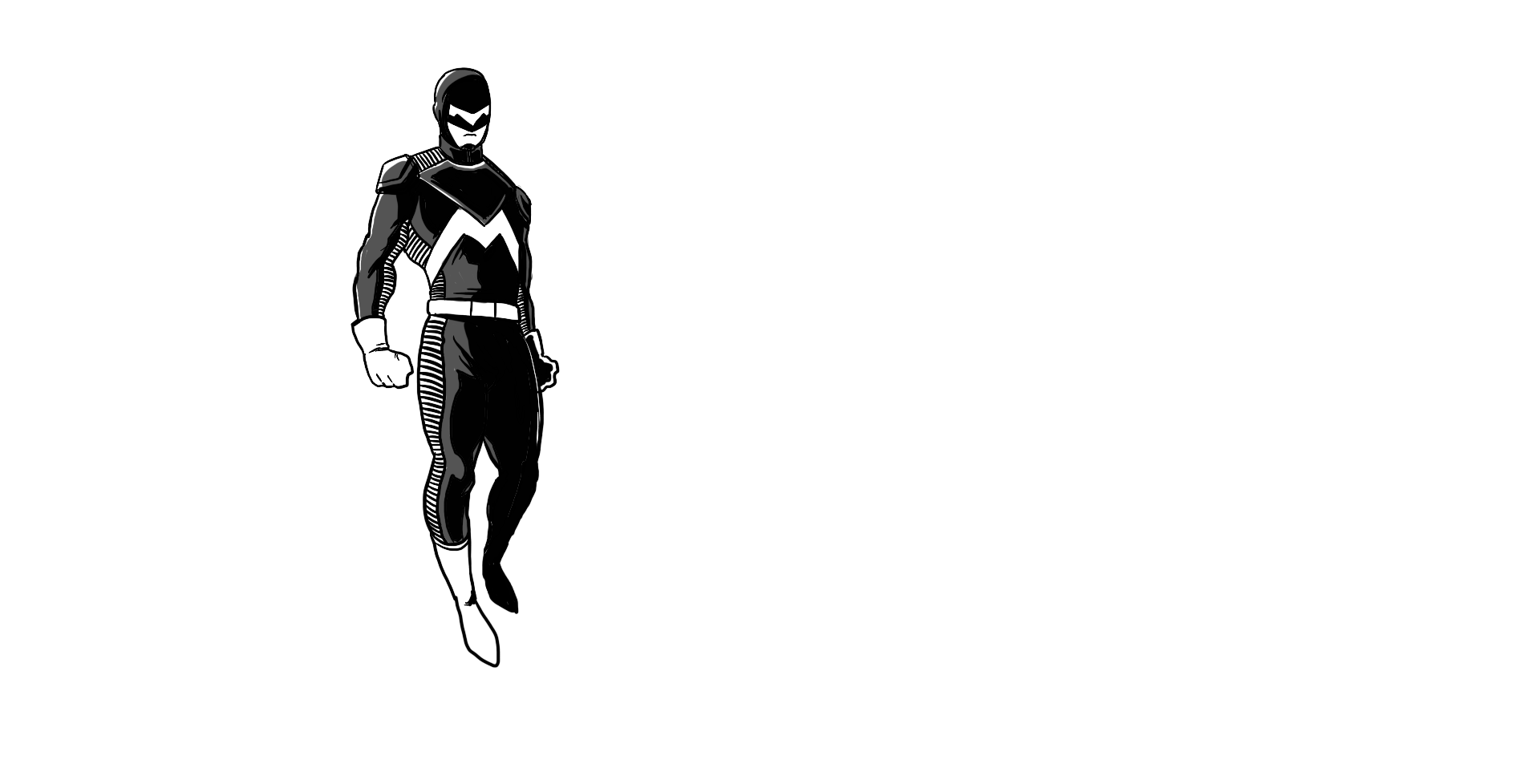 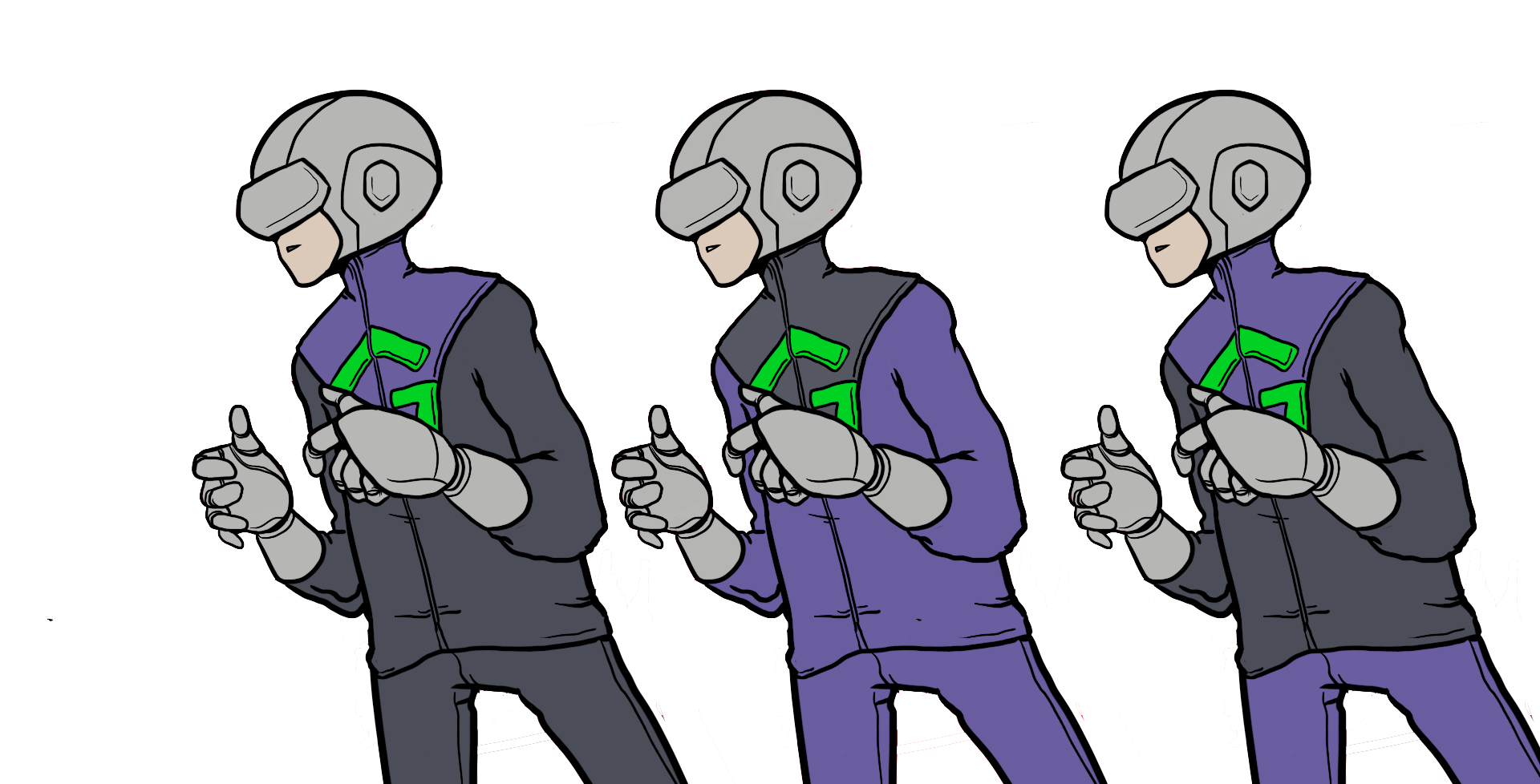 Doctor Reboot in his prime: 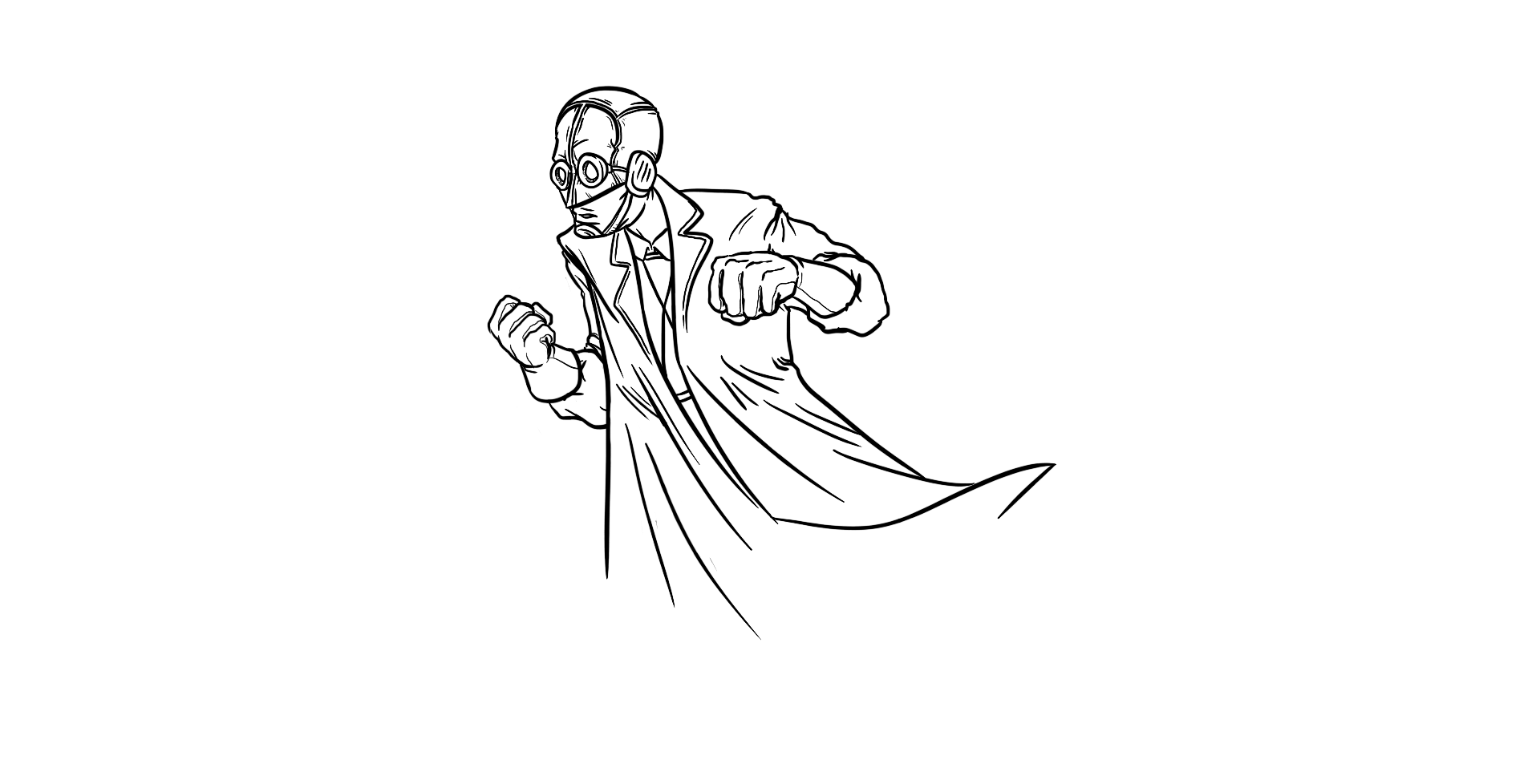 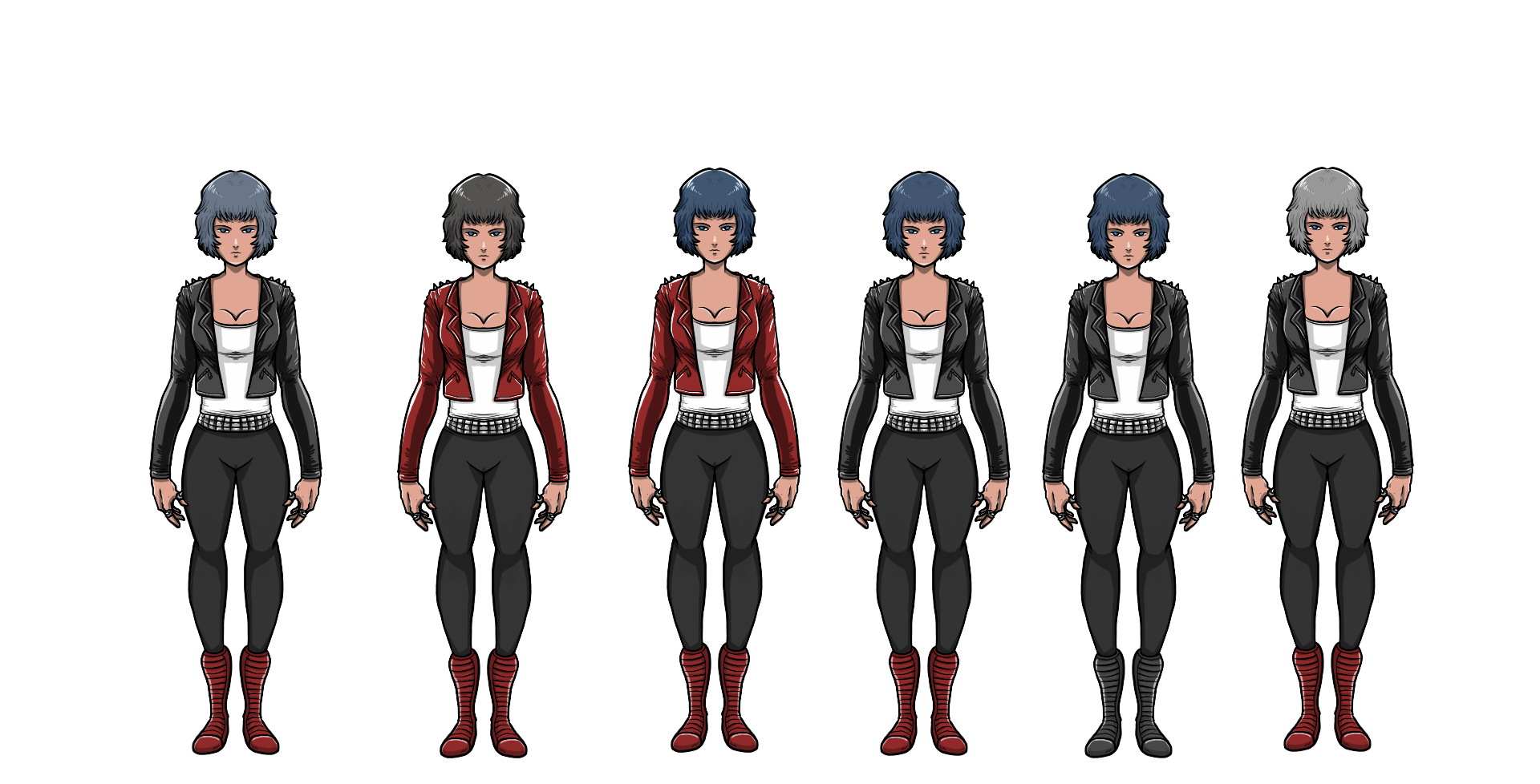 I for one am especially excited that you’re focusing a little more on character relationships this time round!

There’s just so much room for us to find out just how these kids will grow along with powers that may be more than what they should handle.

The mysterious aura surrounding certain characters really do intice me. ( Why you so moody Thelma? ) 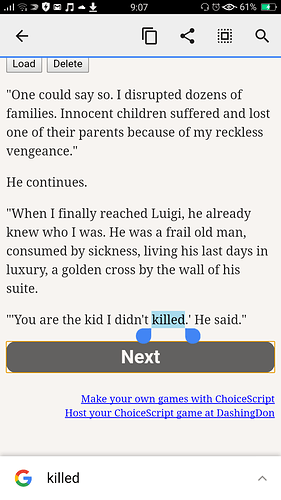 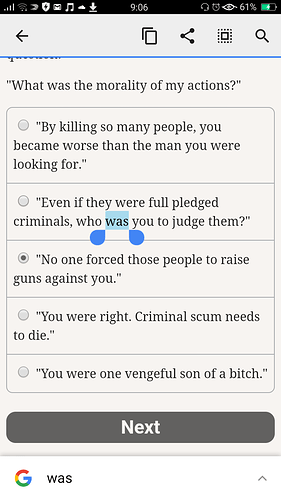 So far, this is really good for a first chapter. I’m hyped as hell. A lot cleaner than War for the West and just as well-written if not more so.

The twist at the end got me good too. It’s just so out of the left field and at the same time hilarious.

My only gripe is there’s not enough potential female ROs which I doubt is actually going to be a problem considering this is only the first chapter.
Also, KC RO hype

This is good so fare can’t wait for more

The glass panel around you descends on its on, and the breathing apparel detaches itself from your face.

on should be own.

A few spelling errors I forgot to take notes of, there’s also this.

Awesome game. I love it so far. All the characters are really interesting and the art-work is rad. Johan in particular is my favorite character by far. I really find him to be interesting. Can’t wait for the next update! I did notice a few errors. When Thelma, beach boy, and radio head get into a fight and I select the “if this is a problem are we in math” option. They say “her” instead of “she” on the next page.

Can you win the first fight

Can you win the first fight

Not from what I’ve seen

Great story so far though!

Should be won’t I fight

If you read your S.I.D.E.K.I.C.K. during the battle with Metaman, you can read updated ‘spoilery’ information about some of your classmates. And some of my favorite characters so far will die horribly!

I’m actually glad you’re planning to go there - and foreshadowing/spoiling character deaths early on is always an interesting strategy. I really like the desperate, last stand feel of that battle. A dark superhero story looks like its going to be really good (I started reading your Highlands, Deep Waters but had to stop 'cause it was 2am and I wasn’t ready to be that spooked…). I like how you’re weaving in the mind-reading ability and the little extra snippets I’ve gotten from that so far (I want my private lessons with Lance!)

A bug: When I set the S.I.D.E.K.I.C.K. personality to anti-hero and go to grades, I see the anti-hero description AND the butler description below it. On the butler setting, there’s nothing extra on that page.

Also, I like the idea of having the game assign me a name (that’s how it works irl, and keeps me from naming myself something too similar to another character), but could I suggest a different default female name? As far as I can tell, Adrian is almost always a boy’s name.

I love the writing style and the names everyone has.

Snap, now that, that guy’s identity is revealed, will we fight for him to be safe in the institute.
Or will we throw him to the wolves so to speak, and what repucusions will be caused because of our actions.
By the way for some reason I’d like to try to have a romance with venue, I don’t know why maybe it has to do with this rebelious, bad girl attitude that I like. Lol.

That’s all I got for now. Oh I almost forgot how does changing the personality for the SIDEKICK matter, that’s all. Hope that was good fedback for you.

“You didn’t really had a choice before, so I won’t hold it against you either. I wonder what kind of deviations you will promote now. Things might be interesting.”

“You didn’t really have a choice before”

The glass panel around you descends on its on

descends on it’s own

You lived on an orphanage for the first years of your life.

You lived in an orphanage

from purposely appearing dirty an acting weird in front of the visitors to simply avoiding their view completely.

Then Sister Anne came, took the remote and changed to the educational channel.

and changed it to the educational channel

Then you snook out to the stairs in order to hear their conversation.

Then you snuck out

I have a tradition of showing the students that their my first class with me."

that they’re in my first class

No. It’s the completely opposite, Xavier

It’s the complete opposite

Professor Roberto seems quite happy with your decision, and your parents look both relief and anxious at the same time.

your parents look both relieved and anxious

It has the looks of a state-of-the-art smartphone made from some kind of translucent material. Carved on it you can see a symbol that reminds you of the number eight, but rotated 90 degrees.

Wouldn’t it be better if you said it resembles the infinity symbol rather than a rotated eight?

We have a long trip ahead of us. I’m sure Professor Roberto informed that we must stay on the move."

Professor Roberto informed you that

Professor Roberto explained that, despise relations with the federal authorities not being on bad terms

Professor Roberto explained that, despite relations

Found this when I surfed the code:

*if (fireManipulation)
“$!{kid} Who Brings Winter…”
*goto against

Pretty sure it’s supposed to be ice.