“The Emerald City” takes place in a post-apocalyptic world where your character heads into the ruins of Seattle. There, they encounter a dangerous enemy who has it out for the character for reasons unknown, a mysterious conspiracy that has to do with the city’s past, and a war between the city’s various factions that is slowly building towards a destructive climax.

Hey @CaptainMJB Just run spell check on the game files (not the coding, the text for the readers) and that will fix a lot. But so far I am liking the story.

Oh thank you, both for your prompt reply and that tip.

Found a pronoun mistake, when being held down by the the big bad guys’ men, they referred to my character as him, although I played as a female.

Got an error message when I decided not to take the gold from the dead woman.

What’s the story beside trying to survive

Love this idea and the demo is neat, only real problem is the omniscience mutation. You might want to change at least what you call it as the power would be too op in most scenarios like knowing how to take down every enemy they fight knowing where the target they are looking for is at all times ets but a simple name change would fix it right up
Can’t wait to see the next update!

Your character, for better or worse, gets burdened with first helping a faction of Native Americans, which gradually leads to more. I don’t want to give too much away, especially without me having written most of it, but the story doesn’t focus so much on trying to survive, beyond your character trying to live through violent confrontations and like.

I just needed a name for it, and had difficulty coming up with anything else I could use that didn’t mean just “genius.” If you have a good suggestion, I’ll use it.

I believe I have fixed this now.

I’ve done my best to fix it, and think I caught them all. If you spot anything like it again, shout.

How about Encyclopedic knowledge? 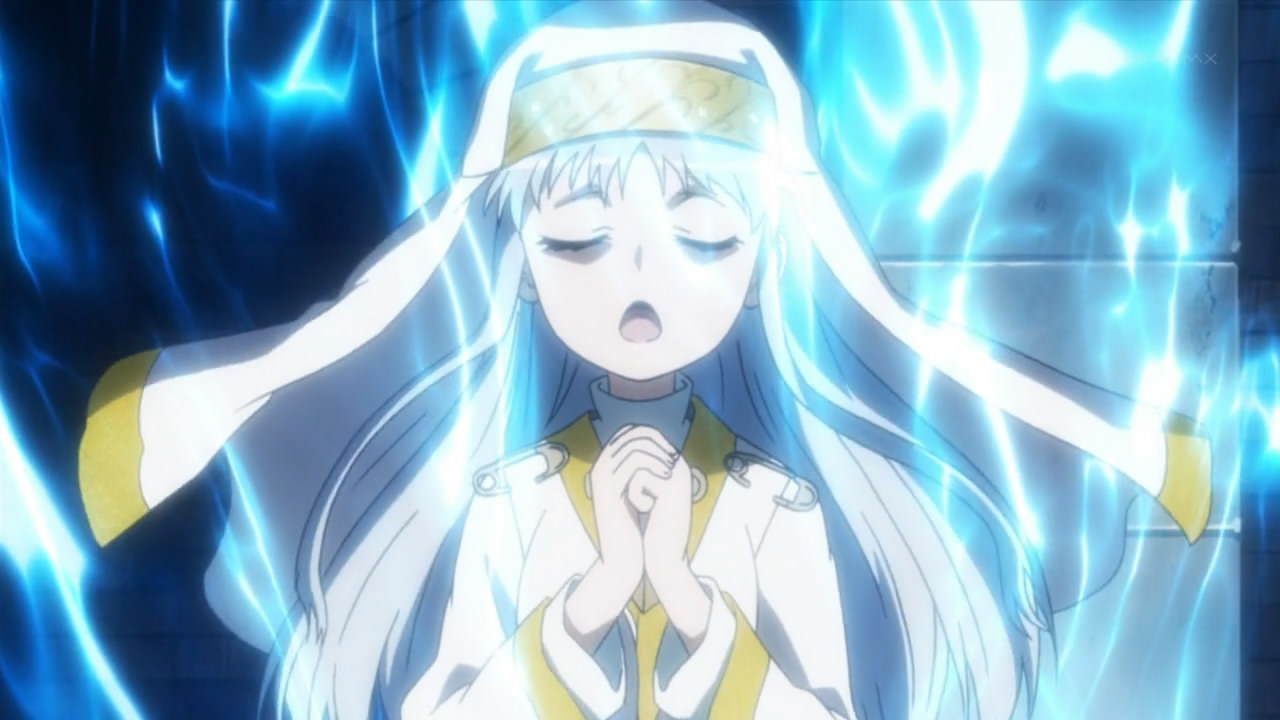 Alright, changed it. It’ll be in there when I update it next.

I like the amount of options we can choose ^-^
Will our ages affect anything or is just for a matter of complete looking stats?

There’s going to be companions you travel with, and it decides how one of them interacts with you, if you’re older or younger than he is.

There were a few things I noticed about the setting that I felt you should know.

I’m not sure how far into the future this story is set. The surrounding area is now grassland and vast forest, the “Issaquah” have forgotten English, and my character seems to have some confusion about how elevators work despite being a Recordkeeper, so that seems to suggest quite a while. However, the place names aren’t vastly different, the elevator still works for one floor, and modern guns are still in use. So I’m having difficulty imagining how things are because some of the aspects suggest a long time into the future and others suggest not too far into the future.

There isn’t a tribe called Issaquah (the name is an Anglicization of a Snoqualmie place name, I believe) and Lushootseed is the name of the language spoken by the Sammamish and other tribes in the region (including the Snoqualmie). Also, it seems odd that the Elder doesn’t know English very well considering that currently the opposite is true for various tribes in the region–they speak fluent English while their cultural languages have few to no fluent speakers.

There was this paragraph about the weather in Seattle that felt off to me:

The sky was in a downpour. To those familiar with the Emerald City, this was nothing unusual. Before the world ended, Seattle was almost in a constant state of rain. It rained every which way in Seattle, with little rhyme or reason.

Seattle does have a yearly average of about 226 cloudy days and about 82 partly cloudy days for a total of about 308 days a year with at least some cloud cover. In other words, while it doesn’t rain all the time in Seattle the cloud cover can give the impression that it might rain for most of the year. The reason for all of this is the rainshadow created by the Olympic mountains west of Seattle (which is why Forks, on the western side of the Olympics, receives more rain and rainy days than Seattle).

Another thing that threw me was the mention of the dying man “on the road from Mt. Hood,” as Mt. Hood is east of Portland, Oregon and about 157 miles away as the crow flies. There is also an unincorporated community of Mount Hood on the northeastern side of the mountain. So it’s a little confusing as to why a community on the outskirts of Seattle would take the name of a mountain in another state, especially since there are plenty of local places and landmarks to draw a name from. Some possibilities drawing from the area include: Marymoor, Totem Lake, Kingsgate, Duvall, Woodinville, and Cottage Lake. Choosing a name from the area that exists today will also help readers get a sense of how the region has changed.

The same thing goes with the Enforcers’ base, Fort Williamette–the name reminds me of the Willamette valley and river in Oregon. If the Enforcers originally lived in Oregon, the name might make sense, but even then most forts in the US tend to be named after either a person or a local entity. The area around the Howard A. Hanson reservoir might be a good site for the fort and then it could take its name from the area, such as Fort Hanson or Fort Eagle Gorge.

I’m not sure which bridge you are referring to when you speak of the Memorial Bridge. It could be the Aurora bridge, though that goes between the east side of Queen Anne Hill and the upper portion of the hill/ridge in the Fremont/Wallingford area instead of from the base. It can’t be either of the I-90 floating bridges (whose official names have memorial in them), since later the road goes north away from Seattle and those bridges are south of downtown and the eastern terminus of each is on Mercer Island. It could be the 520 floating bridge, though that doesn’t have memorial in its name. Plus, you’re not exactly overlooking Seattle from the eastern side of Lake Washington.

I’m also unsure about the identity of the South tower that the Cause uses for their headquarters. The two candidates in my mind are Columbia Center, which is 76 stories tall, and Smith Tower, which is 42 stories tall, though both have elevators that go to more than 14 floors.

NICEEEEEE!! we can become wolverine.

PS: what happened to the little girl? I took her with me but then she is not mentioned again.

Thanks for the long post, I’m glad you spent enough time with what I wrote to come up with all this. You obviously did a lot of research and seem to know a lot more about Seattle/the area surrounding it than I do.

So a few of the things you note there I did either on purpose, or out of ignorance.

Okay so, one, the elevators. I did the character not understanding how they work slightly for comedic effect, but also because most places by those have no electricity, so despite whatever knowledge the character might have (such as being a Recordkeeper) they’ve never seen one actually function before. The fact the Cause have a working elevator (and a working radio system) is to showcase how they’re more advanced and sophisticated than the rest of the area around them, and it’s juxtaposed with the isolation and squalor that you see the Native Americans live in. The fact that they don’t speak English is done to make it so the Elder’s the character’s only source of communication with them, and to highlight that it’s been such a long time since the world ended that English has fallen out of use.

The technology thing is because I don’t want everything to seem too advanced. The story itself takes place far in our future, but the world ended in the not too distant future. So, a lot of stuff is familiar, but some of it is different. I wanted to focus more on the post-apocalyptic aspect than the future aspect, and if everything was to science-fictiony I felt like it might’ve taken away from that feeling.

As for naming the Native Americans the Issaquah, I don’t know much about the First American tribes, and in my research for this, thought they were one of them, so, I’ll definitely rename, both the tribe and language.

So, Seattle’s rainy-ness. I know that Seattle is generally a very wet city in general. While perhaps not rainy all the time or in comparison to some other cities, you say yourself it gives the impression of always being rainy (that’s how it got misnamed as the suicide capital after all), which is exactly what I’m going for. Now it may not always be in downpour, but I did that for creative effect. It seemed moody and kind of hammered in a sense of depression for me. Throughout the story, I’m going to write that rain and storm get more and more intense, gradually turning to early snow.

And when I misnamed things, like Mt. Hood, and the bridge and the fort, that’s out of ignorance and not knowing a lot about the setting, which I’ve been planning to correct. Nothing I’ve done right now is really final, and I’ve been planning to change some things. I’ll probably borrow names from some of the things you’ve stated, and look up other locations inside King County.

South Tower’s made up though. I wanted to do the button gimmick, and most other buildings were too tall for it to actually be fun. I was originally going to have it go up 39 floors, but it didn’t look good in the finished product.

I was upset about the lack of wolverine-ness in stories where you could have superpowers that I decided to fix that.

There’s a very brief sentence when you meet Cable where she gets taken away by one of the officers. It’s hardly noticeable, so I’m probably have to expand on it later.