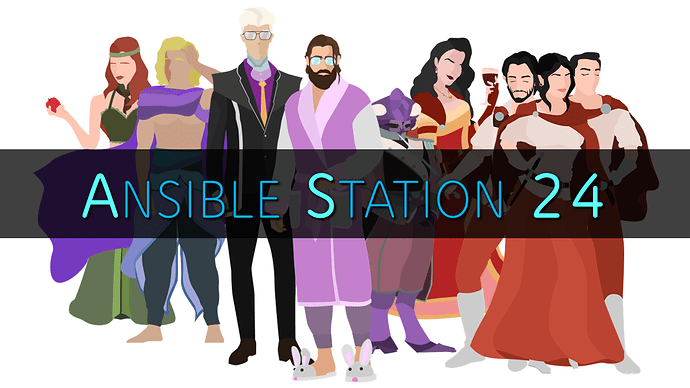 A science fiction adventure about language, politics, and romance.

The Milky Way is on the brink of violence. As an interpreter on a diplomatic space station, you preoccupy a perilous political position. Soften arguments, reframe threats, and flatter the diplomats to keep the peace for one more day.

Tip the Scales, Save the Galaxy

The communal Crescent Worlders cry out for justice. The libertarian AFTA members grow ever hungrier in their expansion. The monarchistic Autarchs demand compliance. All three factions trust only that the others are out to get them. And you stand in the middle, begging for peace.

This is a story of language, linguistics, diplomacy, and war. The fate of trillions is in your hands, and you aren’t paid nearly enough for your work.

War will come to the galaxy. Enjoy your time while you still have it.

Seven characters are available as romance options. June and Beckett live on the station with you while the rest maintain a long distance correspondence.

After finishing the demo, consider some of the following questions and follow up in this forum thread.

WoW… @will this is great so far.

Enjoying it so far. Tried an Autarch Interpreter with a soft spot for the Crescents. Disappointed though I couldn’t choose my name. With the Autarch’s names looking Roman, it would have been nice to use female praenomen conventions. Especially if I could choose something like Gaia.

Any plans to use International Phonetic Alphabet? I have a few linguist friends, so started learning it myself.

Oh, and does anyone know that poem that starts off as a limerick, but then turns into a haiku? Goes something along the lines of “There was a young man from York, who got limericks and haikus confused”.

Pronunciation isn’t the source of tension in the story; it’s assumed that the interpreter is fluent enough not to stumble over their words. I want the choices to be about how much you can translate faithfully versus how much is up to your own interpretation. All of the languages are represented with English. There’ll never be any tricks with spelling or grammar or other technical aspects of the languages, aside from things that are legitimately fun, like poetic structure.

There are, however, translations that are more appropriate to pick.

There was a young man

From Pews, whose limericks were

There’s a few advantages and disadvantages to letting the player fully write their own name. Right now I’m leaving it with a big selection of names that each illustrate the naming conventions of the different factions. Might add in a text box option eventually.

Loved the demo there is much to look forward to and I think I happened to do pretty well over all in my interpretors first case.

Got to say going to miss those diplomats if they don’t make a return appearance in future cases.
Of them my favorite is Rome

Looking forward to seeing the mentioned characters that haven’t yet made a appearance as well want to learn more of June’s back story :: Snickers :: first playthrough as autrach back ground and she wasn’t happy with how first case ended but so want to bring her to my MC way of thinking and being amicable at least.

I love it already.

expect you to assume the most charitable interpretation.

YOOOO I LOVE THIS IF SM!! The individual languages are SO interesting and creative!!!

I may be a little in love with Lojit- just. ahhh!!! Also can’t wait to meet Alex ehsbgyrhenjfsdm. I really liked the characters we met in the first meeting, even though we probably won’t see em again. Most interesting were the Autarch and AFTA representatives (is that the right word?), but I may be a bit biased haha. Other than that, ROBOTS!!! I LOVE THE ROBOTS SO MUCH AND IM so glad we got to hang out with them a little bit during our celebration. I just- AHHHH… I have a soft spot for robots rehsnierfjdkmc<33333 we’re going to be besties by the end of this… Nightcrawlers so sweet and GoliathJRNEFUDHNEDKJM… your honor I love them-

Also I love that we can just be called Interpreter. Enby goals<3

YESSSSSS A VARIETY OF AGES FOR RO’s!!!

Already a fan for life ☆ 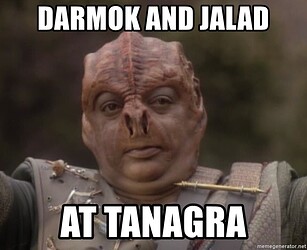 Is this a reference to the Haley Joel Osment film Artificial Intelligence ?

I can see you’ve all done your required reading.

I LOVE this! I’ve never read anything like it before, it’s really unique and the struggle to juggle all the different translations to keep everyone’s heads cool is especially intriguing, and just outright fun. I’ll be bookmarking this for sure <3

After Chapter 2, the structure will change quite a bit, with randomly-generated cases instead of a predetermined order. This means that updates will become less frequent but contain a massive amount of new material when they’re released. In total there will be 35 cases, of which you’re likely to see 15-20 during the course of a normal playthrough, spread out over 3 or 4 updates total before the game is finished.

I really loved this demo, I haven’t seen anything like it before! I would’ve liked to be able to pick my name or maybe at least have a bigger list of possible names from each culture, but I do get why it’s set up the way it is now. In general, though, super cool so far, I can’t wait to see more!

All in all, I think you have something here with the potential of pushing the boundaries of IF. I made the glass liquid filling comparison because that’s the mental model I made in my head while playing it. I have a pitcher and I have to fill three glasses, and I have to guess how much liquid will go in each glass when I make a choice, the objective behind to not spill over any one of them. I think you did a good job communicating this kind of mechanic because, at the end of the negotiation, the game told me that I got % of tension because I had x bars above 50 and y above 75.

I don’t know if there is any way of pleasing everyone, but it’s certainly an interesting thing to find out. You have a lot of design wiggle room if that is something you are looking to do. I also feel that the negotiation parts are mentally challenging (which is not a bad thing) and they interlace well with the social parts of the game. I think that these kinds of loops of intense gameplay → socialize with characters → intense gameplay → etc work well and I am looking forward to new updates.

Even though there is a lot of information to digest at the start, remembering names is not crucial to navigating the game, I figured out quickly that one faction speaks in references, one speaks in poems and another in short, clear sentences

Glad you enjoyed it!

I’ll ask that you don’t call the Crescent worlders savages.

I apologize if I brought any offense to the Crescent worlders, I should have chosen my words more carefully. I was using the word “savage” as the young kids today use it, meaning “cunning and fearless” and not the dictionary sense of “uncivilized”, but it is clear to me now how my poor choice of words could have offended.

I cordially ask you to send my apologies to the Crescent ambassador while I hide under the table. I would prefer my head to remain where it is and not become a decoration on top of their fashionable pikes.