Thanks for pointing that out! I’ll try to work out any errors present and any help is appreciated.

@Drago303 I’m actually planning on adding more detailed descriptions once the protagonist gets to see the circus. It’ll be a surprise

And I’ll try to add more choices, since the original plan I’ve written has the MC being snarky and lazy. I’ll diversify the personalities if I can. Thanks for your input

@Kane_Smith_B_In_K_Pa Umm would it help if I say it’ll have all sorts of creepy stuff? Not like American Horror Story creepy but Cirque du Freak (the book) creepy. There’ll definitely be magic though.

Now that I think about it, I’ve never been to a circus. There were a few circuses visiting my town when I was young and they contained just fire rings and motorbike in a globe, no animals, or so I was told but my parents didn’t let me watch saying I wouldn’t want to be a blood donor to mosquitoes and disturbed the whole night by various night bugs. Never watched that Pennywise movie or have contacted with clowns irl either to develop fear for clowns so bring it on!

Played the Demo as soon as I saw the title! I love the Circus! (Luckily I have a big one always close so I can go whenever I want)
It is good so far, even if I hope that there is lots of costumation in the future (but just my opinion cause I really love that), and I am really interested where the story goes cause there arent any Games here with Circus as a main theme, so thats cool.

Thanks I have a better idea of what you are planning, and it makes me so much more excited

I’ve added two options when you first enter the living room. The first one is the option to observe Garette which includes a description of what he looks like, and the second one is just a bit more information on what the MC was looking at whilst they were on their phone. Other than those, I’ve also tried to fix any typos and grammatical errors as much I can.

I’m also still trying to figure out how to use choicescript, but I will be planning on adding more options and customisations in the future. Let me know what you all think!

Other than that, I do like what I’ve read so far. I kind of wish we had a choice to customize the MC appearance a bit in the bathroom scene when they are looking in the mirror.

I do have a question; is Garrett going to be an RO? Or do you plan on only having those four ROs you listed above? Frankly, I’m fine with the ROs that you’ve got so far, but there might be other people that might want to include him.

Thanks for pointing that out!

I’m actually planning on adding more customisation options once I’ve got the hang of using choicescript.

Unfortunately, Garrette won’t be an RO. He kinda sees the protagonist as more like a sibling tbh.

I like it so far!! And eddy seems nice

We could still have the option to be in love with him, it would be a great, tragic history about our one-sided love and we coming to terms with the fact that he doesn’t have romantic feelings for us(Oh, i can already feel my heart cracking… Why do i love this pain so much? X’D)

@anon79137543 I’ll definitely consider that. Thanks for your input

Can I ask about whether the MC can apply for jobs at this circus? I’m thinking of circus jobs like: Knife-thrower, lion-tamer, ringmaster, sideshow exihibition, tightrope walker, etc. And also don’t forget show-names!
I’m interested to see where you go with this concept!

We could also be a clown god I hope not

, a magician, an assistant to all the other performers, run the ticket booth, take care of the animals after the show, take care of all the props and tools used in the show… and I just realized most of the jobs I listed are probably jobs people don’t really want… personally, I wouldn’t mind taking care of animals.

Although The Baron has something else in mind planned for the MC, you could still do other stuff if you also want to learn new skills. But the main reason as to why the Baron took the MC in to his circus will play a vital part on the role they’ll be playing, which I’ll reveal later on the story.

And there would definitely be animals. And you can definitely help look after them.

Though some won’t be as cuddly as the rest.

I can’t imagine the MC being a clown

. Garrette would never live it down.

The Baron has something else in mind planned for the MC

the Baron took the MC in to his circus

So here’s my question; did the MC runaway with the circus (and thus The Baron took them in)? Or did The Baron abduct them? I’m asking because you did say The Baron was evil…

@VioletHikari The MC runs away with the circus. Along with the best friend/roommate. Due to… reasons🤐.

The Baron may be evil, but he doesn’t likes doing things forcefully. He doesn’t really have to abduct people when he can make a deal. If there’s anything he loves more, it’s making deals.

If there’s anything he loves more, it’s making deals. 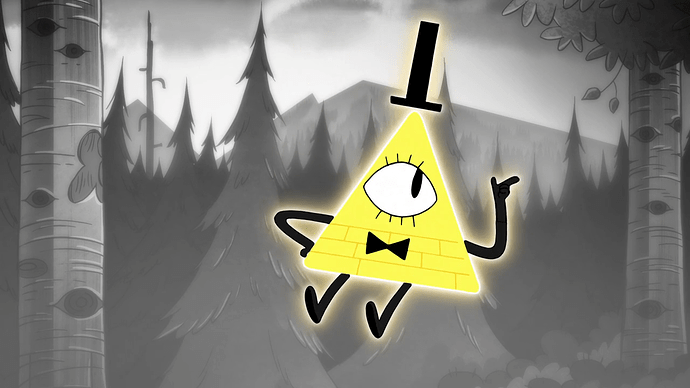 Update 23/12/2018
Just added a small update on the first chapter. It’s not much since I have a lot of overdue assignments that I need to work on. I’ll try to add a bit more over the christmas holidays, now that I actually have a plan in my head.

I’ll be keeping an eye on this