They say revenge is a dish best serve cold, but not for Phi who wants to serve a full blown course meal including a vicious just deserts.

The problem? Phi was born an omega. The crime? Phi was born into a family of pure betas. Your parents didn’t know how to deal with the fact that you were the first and only omega born into the family and as consequence they disinherited you. Without the protection of a last name Phi was treated worst than a bed slave. Your parents were some of the most greediest people in the tribe. So when your 12 birthday came around, they decided by anymeans necessary that you were to wed the leader of the tribe, your Alpha.

On your wedding day a prophecy was revealed to your Alpha and family. Treat and take care of your omega as an Alpha should and then Phi will become the greatest asset you will ever know. However,starve him of love and compassion and you will make the people closest to Phi wish they were never born.

Their crime? They were stupid enough to starve you of love…

How will you get your revenge?

Are politics your thing? When the Alphas are away the omegas will play. Will you sleep your way to the imperial Alpha’s bed and become the imperial omega controlling the court to your selfish desires all behind the emperor’s back or would you stage your own coup to take over the royal government.

Perhaps you will become Queen of the omega nation and seek outside alliances like those in the South American continent home of the Queen and king of the fairies Tatania and Oberon. Perhaps you will make a pact with Lucifer on your visit to the unexplored continent of Africa, home of the demon realm. Better yet, will you go to the North American continent to the dying court of the vampire Queen Akasha and turn the once ‘‘civil’’ wolf empire into a slave trade empire.

No? Maybe becoming a religious zealot is your thing, climbing the hierarchy of religion until you become the high divine sama and then later start to commit atrocities in the name of your goddess.

Side project to start experimenting with stats. Demo will be up way later (I’m still focusing on my other story)

Very rough demo that needs some serious clean up: (Working on Separating the dialogs).
https://dl.dropboxusercontent.com/s/lscyc96rzgv7wkb/Once%20upon%20a%20time_%20An%20Omega%201.htm?dl=0

Tags before you read!: Killing, Torture, Child Abuse, Sexual Abuse: None descriptive, Nakedness: none descriptive, The killing of your own child may or may not happen, mpreg, Violence RATED R+18

The time frame is set in the future about 3000 A.D but this future resembles the time frame of the 1500 hundreds with epic dashes of fantasy and small dashes of future technology.

Also the story is set close to an anime ambience than the real world.

Chapter 2 : History, 5 year training, Reincarnation
The gang’s past lives are revealed one by one, on a heartfelt night under the stars of the aurora Borealis.

History Part 1: The farmlands
Farmlands: Prefecture who’s only task is to provide the empire with food.
Phi the (M.C) tell us about Hir birth and about the series of event leading to Hir wedding night. Hir tells us about the rape and the reason Hir fled into the dark forest on a full red mood. Hir also reveals the deepest darkest secret of Hir own life and also tell us about what Hir did about it.

History Part 2: Warrior lands: cannibalism is for the weak
Warrior lands: Prefecture designated by the emperor or empress, who’s only job is to provide the empire with train soldiers by the excessive breeding of omegas.
Azakel tells us about his life in the warrior prefecture. He tells us about his dreams of wanting to become a stay at home omega. We get a look at why his a bit of a sociopath. He exposes us a bit to the cultural side of his birth home and about his punishment for failing to meet the cultural expectations of his clan.
He also reveals what small parting gift he left his family before running away from his home.

Imperial capital- A city so huge that its populace reaches 10 million citizens. It was built on 3 stone ring levels. The poor live at the bottom. The medium working class families live in the middle. Royalty and nobles live in the 3rd ring. Each ring is like their own little country with different rules and protocol.
A person doesn’t always have to go through traumatic events through out a long period of time to make them turn out into the person they are today. Sometimes it just takes one.

This is the case of pretty Adanna. Adanna was born into a life of extreme luxury and wealth in the imperial capital, to one of the most important houses of the empire. She reveals her life before the arrival of her twin alpha brothers and most importantly, she reveals the event that let her to change her perspective on life and made her become who she is now.

5 year training
After talking and choosing your path, the gang splits up so that they can work on controlling their powers and also on becoming lethal warriors and assassins.

Adanna- goes to the island of magma, were the normal temperatures are in the 100s.

Azakel- goes back to the part of the forest that is located near the slums of the imperial capital.

Phi- you go were ever your chosen path takes you.

Reincarnation
After years apart, the gang reunites on a night when the rare white moon is in full bloom.

This time they reunite to give a proper burial to their friend.

They reunite to burry the remains of their former selfs.

They reunite to begin their plans of revenge against all those who have wrong them.

Is this gender locked?

Because it sounds like an interesting take on the ranks of werewolves and their society. Also the mention of other mythical beings and legends adds more to it.

@Mxm124 No this story is not gender locked. I want to keep my options very open when it comes to gender.

This sounds really good I would love to play it.

Sounds amazing! Can’t wait for the demo. I always love a good seducing and playing politics.

Sounds like it’s not going to happen, you already have at least one bit of copyrighted material in your pitch…

Lol and what is that? 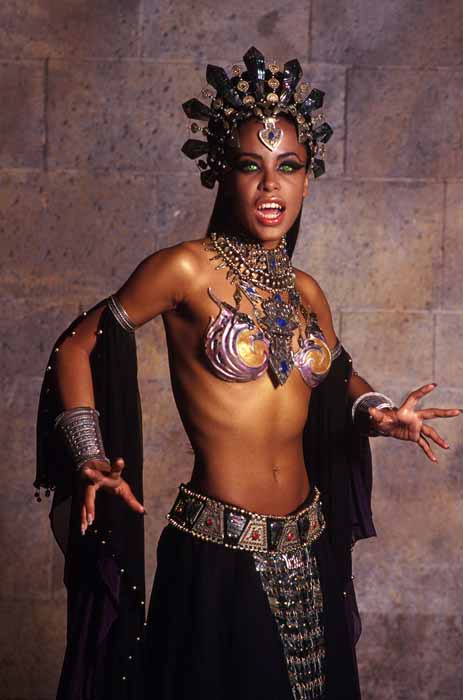 Akasha was the first vampire in existence. She is known among vampires as The great Mother. Akasha was a beautiful young woman who was "almost too pretty to be truly beautiful". She had light-dark skin that was very smooth that turned white as marble...

If it was War of the God would have been taken down.
Your making your story how you want and see it, don’t listen to trolls

️:heart:️ Luv the Concept Of your story

I’m sorry, still reading the description of this. Still having trouble wrapping it around my head.

I think it’s saying that basically I am the hell hath no fury but as Omega? Maybe?
Please explain it to a stupid guy like me; kind of lost with the Phi/Omega part.

Ditto. I’m confused by how the description is worded. So basically the continents of the world are dominated by distinct species and their empires, and we play as a werewolf who has crappy luck in family and love lives, hilarity ensues.

That’s what I’m getting from this, anyway.

Sounds like a cool idea, you have really thought of the setting which is very good! Keep up good work! Looking forward to demo!

I don’t think just having a vampire queen named Akasha is copyrighted. I’m not sure if it’s even Trademarked.

From my first google hit

Also, names alone do not have copyright protection. So just mentioning the name of a character won’t be copyright infringement without more. - http://www.aspectlg.com/posts/copyright-in-characters-what-can-i-use

I would strongly suggest against having a Vampire Queen Akasha though.

@FairyGodfeather - the name by itself may be ambiguous - but Akasha (The Vampire Chronicles), character in Anne Rice’s novels (and screen adaptions) is unique enough as a character - @GIO443 could use it in fair use or as a developed character of his own as long as his character did not mirror Anne Rice’s character.

Akasha isn’t a historical name so it would strictly be judged on what character was written.

I love anything with werewolves so I am sure this will be awsome. Good luck on makeing it.