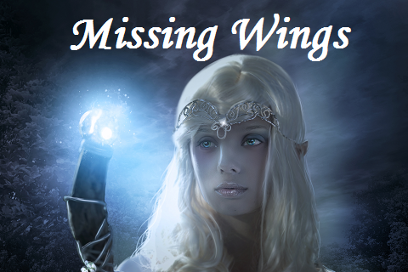 Help restore the missing wings of an archangel in an open-world adventure full of puzzles, games, monsters, loot, gear, resources, and strategy.

Spoilers! You have been warned.

Hi everyone. In anticipation of the Hosted Games release of Missing Wings, I’m going to post a guide here. Missing Wings is unlike many other COG or HG games because it is in fact a “variety puzzle game.”

This means that you need to figure out what to do in order to beat the game. Trying to beat the game by just blazing through it without much thought or planning will result in failure. The game is designed that way. To me, the fun of a puzzle game is in experiencing that “A-HA!” moment when you figure out what to do and it actually works. At the same time, I want everyone to have a good time and more or less be able to play how they want to. If someone else’s idea of enjoyment means beating the game by using a guide, then that’s cool with me.

This is a long game, meant to be played over many hours. The game is a lot longer when you have to figure out everything yourself, so please be advised that using a guide may shorten your play time. Additionally, some sections are not beatable when you first enter them.

The basic premise of the game is that you are an angel fated to help an archangel regain their missing wings. In the game, an archangel’s wings are ten-fold meaning that there are ten sets of wings. Somehow they got scattered throughout the different realms of existence, and you have to collect them all to beat the game.

Missing Wings has a variety of stats. Some of the most important stats in the game are under Mastery. Mastery is your control over the ten angelic elements including Death, Earth, Fire, Life, Lightning, Metal, Time, Void, Water, and Wind. When you are asked what your favorite element is, whatever answer you pick will end up increasing your mastery of that element by 20.

Once you get to get to The Nexus, there are many things to do. Feel free to talk to the guardian and explore the area so you can see everything you can do there.

Important: The Nexus is where you train your Mastery and also where you can equip weapons and armor. You need to equip progressively better weapons and armor to beat one particular Realm. You will see an Equipment option in The Nexus the next time you visit; it’s not there on your first time.

----> There is only one single area in the whole game where you can die permanently. <----

Knowing that, don’t be afraid of failing because you can go back to the main area and try again without really losing any other progress. So, without further ado…

12 Likes
Missing Wings
Why are there so many HGs genderlocked to male?
I am looking for aid with a game
New Hosted Game! Missing Wings by Carlos H. Romero Jr
Chopper November 11, 2018, 11:17pm #2

Congrats on getting it out @Carlos.R !

Thanks for the support. I am super freaking excited right now.

Secrets in the Realm of Fire…!

Once you progress to a certain point you can unlock free play in the casino. Once unlocked, you can play all the casino games you want, and your currency should never decrease. If you max out your Coins, consider talking to the shopkeeper. But be careful because… reasons!

If you do happen to trigger the catastrophe, try going to the Realm of Life to fix it.

Throw a good problem solving game my way and I in turn will throw money right back at you.

Btw, did you code in any cool game mechanics, ala mule management from rebels? I absolutely love parts like that. And I get a feeling that you did… Here’s hoping %)

Absolutely! I think you’ll especially love (or hate) the resource management in the Realm of Water. Did I mention there was turtles? There are turtles. Sea turtles to be precise. Save them all to uncover a secret.

Congrats @Carlos.R - a long journey is about to reach its destination.

I also respect your decision to make a walk-through immediately available. It is a decision I hope others follow more regularly.

I love all of you beautiful human beings!

But yeah, if you have any questions about the game let me know and I’ll walk you through it.

Is it out yet?The other game “The Slayer Of Evil” has been released on playstore.

I believe it’s not officially released until the company sends out that email, but I will post links as soon as I find them.

I am a Professor Layton fanatic (a Nintendo puzzle game series), thus I am certainly planning to try this one out!

I haven’t actually heard anything about this until now, but my interest is piqued. Definitely going to buy this when it releases.

why is it not on play store?

why is it not on play store?

Yea, they might get pushed a day. Apple quietly removed the IAP for both games so that they are unpurchable in the app right now. They’ll be released when Apple approves them.

I can’t seem to find the app on Play Store. The link provided says “Item Not Found”. Is it not available in certain countries?

I can’t seem to find the app on Play Store.

@RETowers is probably fixing the link to Google Play?

It should be fixed. Give it a little bit to show up.