Lost Ones (About the folktale type rusalki.)
Ocean’s Call (Secrets in the deep.)

Hi everyone, thought I’d start a thread for my CSComp entry Abysm’s Veil for anyone who has read it and would like to let me know what you think. Bug reports, spelling/grammar issues, likes, dislikes and suggestions for where you think it may be able to be improved are all welcome. (Feel free to PM me if you don’t want to post here.)

It’s loosely based on the mythology surrounding the Rusalki, a kind of (often vengeful) water nymph. They were thought to have once been women who died traumatic deaths near water who were brought back to haunt waterways. They were best known for a tendency to lure people to their deaths, particularly by enchanting those who saw them with their songs. Needless to say, it’s darker than any of the previous WIP’s you might have seen from me.

More has been written for it since the comp and will hopefully tie up the loose ends and flesh it out more as you go along. There’s a plan for the storyline to continue where it has left off (I just ran out of time to get it all in there by the comp’s due date!) but nothing’s ready for testing yet. (I can’t give an eta on that since the plan is to get at least a reasonable chunk of it written up and checked over first before I do.) The link is currently the official release from the comp so there are no changes yet if you’ve already seen it. Link has been updated with new material

The “trigger warning” on one of the first choices refers to a possible trigger for people who may have experienced one of the events. But the way it reads is a bit confusing and I’ll remove it. It has a skip choice (both outside and within that choice) if you decide you don’t want to go there.

There will be a RO or two (Not many and I think everyone can guess who the current available one is) but they’ll be there and that will be later in the story. (It’s not currently written into the game available to play).

I’m going to add a character sheet to the stat’s page as the number of new people introduced at once makes it hard to remember who’s who.

All right! I loved playing this game! It’s so fun to play as a monster and I really enjoyed having the option to decide how far the MC will go with the whole “luring seafarers to their deaths” bit. I’m super stoked to hear you’re still working on the game.

Does the Jaws theme song play when we are in the water and we feel the presence of “something” near our leg?

This is a great start to an engaging story - the only feedback I have that I did not communicate already is that the hair drying out mechanic for time out of the water is not quite right for me… something about it breaks the 4th wall for me.

I’m so excited to see this’ll be a continued story, it’s already one of my favorite WIPs. Never thought I’d become attached to water nymphs but Charlotte and Tanya have already wormed their way into my heart!

@Eiwynn I think some Jaws style music definitely needs to be brought in for that part.

Hmm, I’ll see if I can think of something to do about the hair thing it was kind of in relation to being out of the water too early (although you don’t know it at the time), so everything isn’t “set” properly yet, but I might not have got it right.

Speaking of sharks in the dark and going slightly off topic, this is what turned up on a swim I went for the other day. (Wish I had it as an inspiration for when I was writing the first bit). Came straight up from the bottom at 10m when it saw me and did 3 passes within 1-2m (it was closer than it looks in the video) before it decided I wasn’t that interesting after all

. The video is pretty poor quality because my camera didn’t like the dim light (it was getting close to sunset) and I kind of had my eyes on the shark and not where I was pointing the camera funnily enough. Just a decent sized reef shark, so nothing too scary, but the white tips are really brazen. (Have had a few come in really close with no fear at all.) 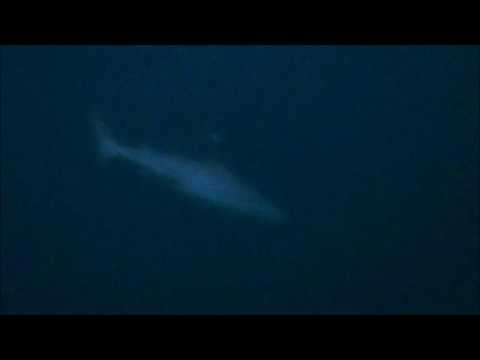 I loved the story, and I’m in the process of replaying it. I liked the fact that the MC can cling to his humanity and somewhat let go of his rage.I’m eager to see how far it will be possible to go in this direction.

[spoiler]I does also wonder the rusalka seems to need energy from the haunts to sustain themselves from what Charlotte tell us, the more they want to follow their instinct but would someone like a “Good MC” need to haunt to less regular intervall or to haunt at all ?

At any case, I’m impatient to read the continuation of this story.

Ohhh I’m already loving this! I’ve always dreamt about being a mermaid - and pretended to be one while swimming, whoops, not nerdy at all - so this WIP is right up my alley. Gotta love the moral dilemma.

I’m absolutely loving this so far! I always loved sirens and the like, so being able to play something in that vein is a lot of fun! I love how little choices at the beginning of the story actually effect the ability you end up with too, that’s really nice.

@Jacic i have to say that while i think your first game Wizardry Level C was not something that really got me… your latest wips are amazing, sea maiden and draconic challenges were a huge improvement and very enjoyable for me, guess i will have to add this one to the list too.

I quite like the npcs, dunno who you have in mind for the second ro but hope is Sysha , since she is a bit tsundere

I love this game. Excellent delivery and easy to follow. Can you romance any of the other… I’ll just call them nymphs

The art was beautiful! Like, astoundingly great. So was the writing. I especially enjoyed the amount of choice we were given in respect to morality. I like how you’ve not chosen mermaids/sirens, too; the rusalki are more interesting since they’re rarely used, and you can probably have more free-reign with them.

Woo! I really liked this entry so Im stoked!

Let me guess, the two ROs are Charlotte and Sysha? One still longs for some semblance of humanity while the other proudly rejects it. Hmm~

The story was really well written, and I’m excited to read more!

I love the character variety between all the rusalki and all of the possibilities for the MC.

When I read Charlotte’s lines I hear a American Southern accent and for the leader I hear a very posh London british accent.

I loved playing sea maiden and this one is quite similar so it’s definitely getting bookmarked. Each of the characters have their own distinct personality which was quite interesting, it made me want to get to know them. I Really enjoyed Tanya’s character (hope there are more human parties we can sneak out to).
And, uh… How loud was Sysha yelling? Lol

When I read Charlotte’s lines I hear a American Southern accent and for the leader I hear a very posh London british accent.

second ro but hope is Sysha , since she is a bit tsundere

I was getting tsundere vibes from Charlotte as well.

I was getting tsundere vibes from Charlotte as well.

i did get those vibes with Sysha cause when she first meet my character is acting al cold and kind of agressive toward him, then after a bit she worries about my character when is out pursuing some fish

I really like it so far. Good writing and nice pacing.

So glad this is continuing.