Ohh man you totally do I’m sure one’s uncle Nate, it even confirms that Nathaniel Milford knew the apocalypse was gonna happen and he was preparing himself, his niece and nephew. I just skimmed it but the business man in the store might have been Douglas Milford too.

Ah always wanted to ask, if that was the uncle who had been teaching them. Seems that way^^

Yeah… I totally forgot the nurse stuff like there is some years last time as plays as one.

The Milfords are like a Legion and affects all origins in some way. So much that is difficult to find all. That’s the beauty of this game

I think Douglas also tried to sexually harass Gina as well, when she was working on a project for him.

I don’t know if Was Douglas but one of The Twins uncle harassed Gina that was about denounce them. But so far excep Nate all Milfords uncles are quite bad. Also, Madison mother was shit too. Saying Madison was damage material for be intelligent

Looking back it was also Douglas Milford that harassed Gina ye, you can gain extra Rel. Points with Gina if you were also harassed.

but you overhear “Jack” and

Since this happens after the visit to the lake I always assumed that they mention Leather Jack there. But uncle Jack or Jack Slim makes sense too, especially if they would happened to see Jack Slim becoming zombie food, that must have been traumatizing.
Also about Jack Slim probably I missed something there, but I aleays imagined him as their cousin rather than their sibling. Or yeah, maybe half-brother, the lack of him getting mentioned makes me think that they weren’t so attached to him emotionally.

Hi everyone, new guy here, been playing for hours a day for a week now and I need to say this is the best zombie-RPG I’ve come across!

I’ve only played in the Big City, and the occupations I’ve played through are the College Student, Homemaker, Soldier(Infantry only), Martial Artist, Teenager, Scientist and the Hacker. So far top 3 is the College Student then the Soldier lastly the Homemaker. As for challenges Dependent Child + Pet is my go to. Tried Delusion once it was scary asf!

So I have a few questions game related:

SPOILERS BELOW!!! (Please teach me how to do the blurred thing thanks!)notes: it doesn’t work for a 2 long paragraphs need to edit a lot of times to get it right xD

I made a Soldier with Electronics 4 to give him some sort of know-how towards electronics since I make characters with a fairly high Int stat. The question is do I need to raise the Electronics skill more for me to better understand the Sat Phone? He seems kinda oblivious on how to use it reading from his examinations on it at first.

Also, I’ve also managed to join the LEGIT hackers and I plan to work with them and also with the government to combine what they know to figure this thing out but my question is will there be a dialog option to tell them about the Sat Phone? I’m fairly certain it could help a lot with communicating with them aside from using my laptop.

I have a suggestion/feedback for displaying Items.

I noticed that on items that I automatically collect or when they display items that I choose to scavenge they are described in the/like a paragraph where it flows and on some cases like when Rachel gave me Duffel bag it was displayed by bullets one by one and in the Inventory in the Stats Menu it gets categorized by the labels “Gear”, “Consumables”, etc. and still displayed in paragraph form with every text in the Bold format. Also with the Crafting Menu the Items have different categories but this one I think is the more organized of all aside from how the other ones categorize themselves. Also with the Profile Menu it shows some things that is already in the Inventory Menu.

It gets a bit disorienting searching the block of text when I’m checking on what parts do I need more of/ I already have when I’m scavenging. Sorry if these seems too nit picky because I have a bit of OCD(new Challenges option maybe?)

My suggestion is to have it a bit more organized to save a bit more time checking each stuff like knowing which is where and how many do I have left of this from a glance. Maybe more of the bullet points If in the Inventory tab and Scavenging part(where you get to pick not where it says what you find story wise). If you would let me I could make something on how I would prefer it to look like. Thanks for reading!

welcome and your suggestion on the legit. Are really cool.

Is that so, I read a bit on Choicescript and found it is different from what I thought it could do, so I would read more on it and hope it gets more options for ease of use. I even thought of having the next button stay in place just for comfort on people playing on tablets(little cousin uses a tab but keeps using his small thumbs don’t know why xD)

Anyhow, base building would be so sweet excited for it to happen.

Yes, I am excited too with the next part and all the building aspects and figure how turn one group s against another

Please teach me how to do the blurred thing

To hide spoilers type: [spoiler*]here comes the text you wish to hide[/spoiler*] without the *s.

Please teach me how to do the blurred thing thanks!

And also, click that gear, will show a few shortcuts. 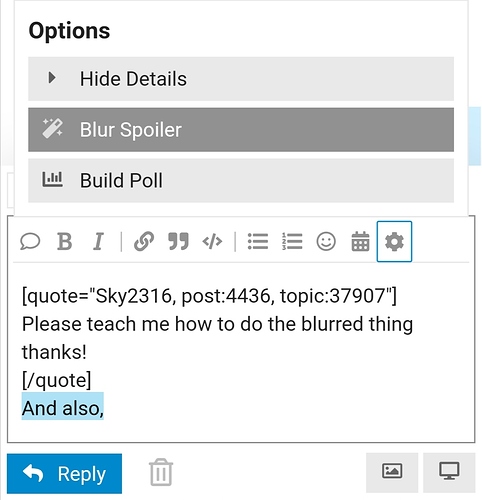 To those who got the Military Jeep, I’ve used it on a few playthroughs, if I perhaps conserve it, can there be an option to bring the .50 Calup for defense?

I’m afraid leaving it below would allow the S.Militia to take it. Maybe require a check to remove it and bring it up when you come with the others to check the van. Also plus to intimidation when bandits would come.

Absolutely love this game however I wished part 3 was out since I’m really interested in what’s going to happen next I also wished it could somehow connect to the story of zombie exodus android game apknite depending on the actions you did in that game.

If i am not mistaken , that big gun is only serve as flavour purpose, we won’t actually able to use it to our advantage in future…
This is to maintain the balance of the game , so that it won’t turn into a first person shooter game… for the time beings whether you apply it to shoot the zombies is of no consequence , since the extra text of Rosie firing with the jeep’s big gun is only for flavour purpose

I managed to be elected as my group’s leader, as a teenager with a short fuse.

I really don’t see how saving the ammo of the 50 cal. would turn Safe haven into a FPS game. If we used it to deal with multiple hoards or hostile humans(if we even had the ammo for that) than yes the game would devolve into one rather quickly. But being smart about you decide to conserve a weapon of that magnitude especially since weapons like that aren’t going to be easy to find later on, as well as the ammo for them doesn’t really convince me that the game would become an FPS because we wanted to save the big gun for an emergency situation especially since it could just be a one time use due to the fact that ammo is going to eventually become scarce and that seems like a rare ammo in the game. Sure you could argue that we could simply craft it but I don’t know if it’s a guarantee that the tools we would need to craft ammo would A. be in good shape and actually useable or B.easy to find due to the passage of time and the decreased likelihood of finding useable things in stores or houses etc.

Also let me add something, I’ve checked the Crafting Menu. It seems that we can’t craft the ammo for it probably we could only find them in other jeeps not scavenged yet or only in military bases where it is probably abundant/still has some stored.

Don’t get me wrong I like guns as much as the next guy and I also think it would not turn to an fps game just because of this but imagine the mental stress it would give bandits scouting/trying to break in if they saw a .50 Cal mounted atop it.