Hi everyone. So this is the first time i’m trying my hand at choicescript. This wip is just a learning practice using choicescript and it’s multiple codes. I don’t really know if i will ever be able to see it to the end and hopefully publish it one day but i will give it all my patience and care.

Since i’m not really the best so throw at me everything that you see worth mentionning. Even if it is not worth you can mention it don’t worry.

I like this so far, reminds me of Vinland saga.

I think it is a Comic book? 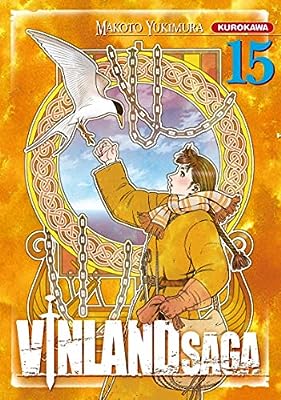 I don’t know if it’s a comic or a manga, but there’s an anime. To me, it reminds more of the last Fire Emblem

It’s a Manga. The story combines a dramatization of King Cnut the Great’s historical rise to power with a revenge plot centered on the historical explorer Thorfinn, the son of a murdered ex-warrior. An anime television series adaptation by Wit Studio premiered in July 2019.

I did some research on the net and found out about Vinland Saga tough i don’t really see a lot of similarity unless the murdering things. Well firstly, The father will not be murdered he will die from a fatal wound after a battle. And second, there will be revenge on both sides the antagonist’s and the protagonist’s.

To me, it reminds more of the last Fire Emblem

The main character in that game was a mercenary before becoming a teacher/professor at some sort of school. I haven’t played it yet but I plan to. I also love the concept. I’ve always been fascinated with mercenaries and one of my favourite games was Life Of A Mercenary

I like the game, it reminds me of FE 3 houses (and it’s not a bad thing, I loved that game!). But where should the demo ends? It keeps loading when our father say to shut up

Thank you. Actually, it’s where the demo end. I will update again as son as i have more content.

Yeah I was just referring to a kid being raised as a mercenary.

there will be revenge on both sides the antagonist’s and the protagonist’s.

I look forward to some nice revenge

Thank for your interest

I hope my wall of fixes doesn’t discourage you. I actually like what you have so far, and see this a great opportunity for you to work on your english. I know there is at least one author on this forum who’s english has greatly improved from writing these books. Heck, one book in and you could be better at english than I am, my primary language is hillbilly.

@Damar_Glover that where it stopped me as well. I think it’s where the game currently stops.

It won’t let me get pass the part where you meet the men who serve with your father for training is that intentional?

Actually, it’s where the demo end.

Thank you very much. I will try to fix all these spelling mistakes in the next update. If you are able to do that from time to time, it would help me greatly. My primary language is french, so i’m not the best in english. Thank you again

I liked it so far. I cant wait to see the next updates.