Loosely based on the story of Orpheus in Greek mythology (I suspect many of you already know it), who is an incredible musician (being the son of Apollo and one of the Muses.) Basically it starts with his fiance getting bitten by a snake and dying. (Yes I know I said my next one was going to be happy…) A few months later, Apollo steps in and tells him stop bumming everyone out with his depressing music, even if that means going down to the underworld to try and bring her back out again.

So although this one is character locked to a degree, unlike Oedipus, this one is gender choice. (You can choose your partner’s gender, but you do have to have a RO for the story.) You will meet a variety of gods, shades and creatures along the way as you attempt to get yourself and your partner out alive.

I’m not sure if I like the title. It might get changed at some point unless it grows on me. Suggestions?
Name suggestions:

Link to the story

I’m not sure if I like the title. It might get changed at some point unless it grows on me. Suggestions?

M. Orpheus
(It works with the gender and orientation choice.)
Also:

Is there a chance to have an option of having the MC’s family-member? Since at least some may have lost family to Charon’s ferry instead. And having a customisable name for the MC?

Sounds nice, I would totally give it a go. sigh I remember reading about greek mythology

Loosely based on the story of Orpheus in Greek mythology

Um, the story of Orpheus and his wife isn’t a happy one at all… I’m not going to say anything else about it (in case there are people who haven’t read the stories), but I am kind of excited to meet Hades and Persephone

… if your story has them, that is

@VioletHikari Surprise! I’m an unreliable narrator. (Seriously though, I know it’s not happy, but we might be able to make it all ok, it’s a choice story after all.) Yep they’ll be around

@zenith8 I’ll see what I can do. You kind of need the RO thing happening to follow the myth, although I’ll make it so that you can do it in name only for anyone that isn’t into a romantic type reunion. I might add a family option, will have to see what I can come up with and if it’ll fit

I like the title “Walking the Lands of the Dead.” It draws the eye more strongly, I feel.

The only grammatical mistake I noticed was here:

Not only is it destroying your life, but the effect you’re having on everyone around you is to be quite frank, well devastating.

There should be a comma right after “well.”

As for the question of including family as a non-RO option, if you decide to do that, I think you should make the family member’s age a child. It would really hammer in the protagonist’s argument that this person is gone before their time, and would make it more understandable that they would seek them out in the Underworld, since I’m not sure a sibling, who would also be the child of a god, would work out, if that makes sense.

Also, will it be possible for the protagonist to have a happy ending? Or a bittersweet one?

Thanks for the grammar pick up @RedRoses, I’ve got a few things I need to fix, I’ll add it to the next update

Yep, that was actually one of the main reasons why I didn’t have a family option in there already. I had thought about it, but Dad’s Apollo and Mum’s a muse, so that kind of rules out parents, grandparents, uncles etc as likely needing to be rescued, and in the mythology at least, I don’t think you have any full brothers/sisters (and even if I made some up, they’d probably be in the demigod/enhanced human kind of category which complicates things). Anyways, need to have a think on it

Also, will it be possible for the protagonist to have a happy ending? Or a bittersweet one?

Quite likely, I haven’t written the ending yet but I’m planning to put an ending of sorts in that realm as a possibility.

Doing a small amount of “background research” and just discovered that Hades named his dog Spot. I love this channel

Edit: Actually should put a bit of a spoiler warning on this for anyone who doesn’t know the myth behind the story I’m writing. 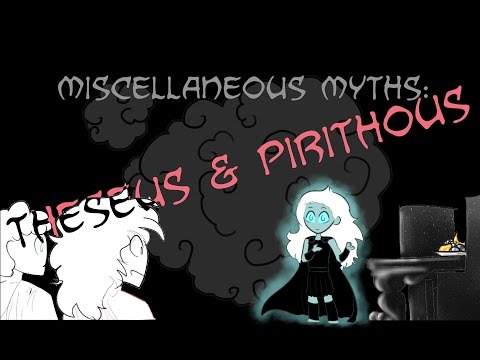 Very enjoyable! I love greek mythology and the ability to play some of the myths is awesome! I do think a happy ending could be possible because in the myth, if I remember correctly, all he had to do was not turn around!

An interesting spin of this particular myth

Using the lyre feels a bit like cheating though, since it has worked on everyone so far (not that I mind).

Will Hades be more difficult to convince? Are there other ways to be granted passage sans singing (especially after you use the item you brought from home)?

On the side note - anyone knows how and why Charon got his job?

@kirakana Thanks for picking up the typos!
There are some who cannot have the Lyre used on them (like Charon) and I’ll probably have some instances where the lyre wont be the best option in there as well. I’ve also got something planned for the tree at the start that will probably have an effect on things through the game. I haven’t 100% decided how to handle the interaction with Hades

(It’s hard trying to balance over-predictability and faithfulness to the original myth.)

You know what, I’m not certain what the back story behind how Charon got his job is.

Hey all, since Oedipus is almost there, I’m hopefully going to start updating my other neglected WIP’s with the work I’ve been doing on them as I get the time to finish writing and debugging it. This update’s relatively minor, it’s now up to about 18,000 words and has a few bits and pieces added, with the main thing is that the Elm of Dreams section (starts near the beginning) has been written in. By popular request, I’ve allowed readers to free choice enter any name you want if you don’t love the preset names Orpheus, Myrrine or Alexis