Would we be able to permanently break ranks from our party to stop it?

You will not be able to break from your party. You will be able to go for the moderate party, where you will forge either a right alliance with the National bloc and the Prince to make Moravia a paternalistic authoritarian right wing state under the crown or you can make a left alliance with the SDP and continue with the Parliamentary Monarchy dominated by the left alliance
In both moderate path, the leader of the radical party will have their power undermined.

A song I felt matches the game’s story and tone: 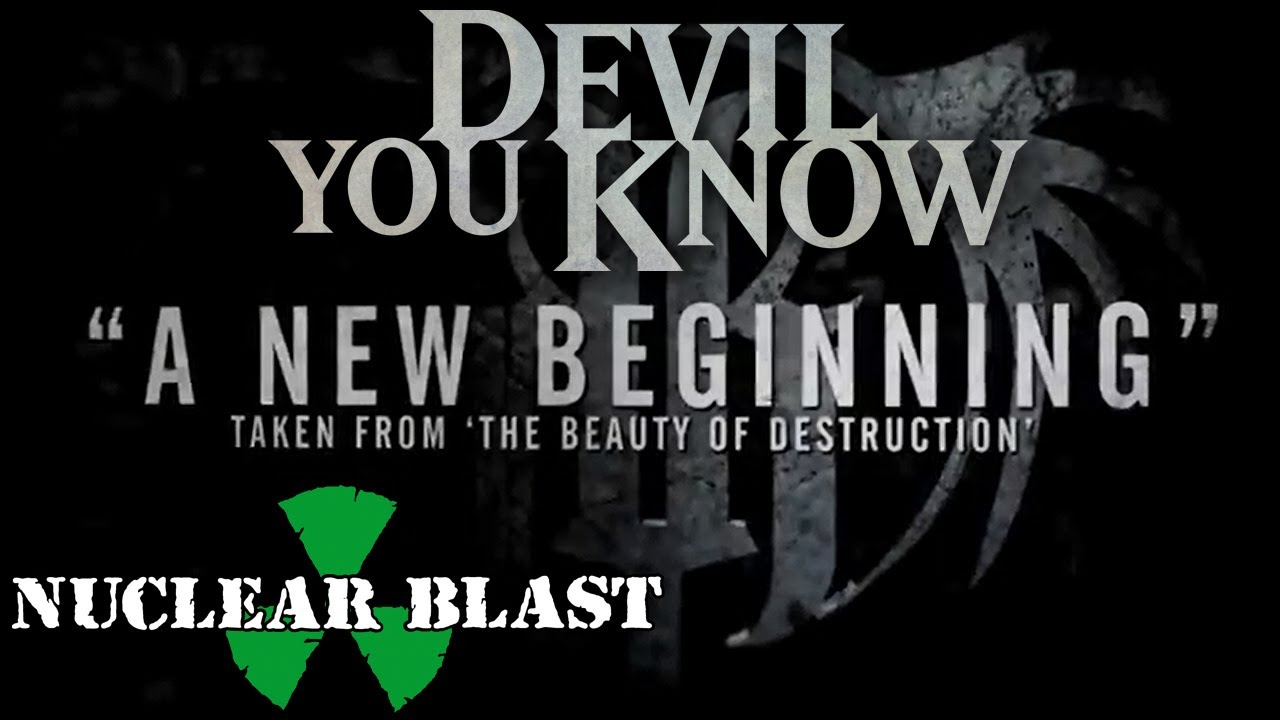 Particular lyrics in I feel match:

Hey everyone this is an amazing demo but I have a question is there a guide of some sort my New Order MC can’t get past the metro station without dying. What am I doing wrong?

You didn’t die, that is the end of the demo.

Hello all, the big news is that Solidarity chapter 5 is up. I hope you have as much fun playing it as I did writing. A little bit about the chapter: you find out what happened to your character after the cliffhanger at the end of ch. 4, there is a pretty hefty decision to make and the small matter of romance…

I had hoped to get it out much sooner but I went on holiday (and didn’t do any writing despite intending otherwise), moved house and also found that writing seven different romance scenes takes a long time! This chapter, although it might be shorter than the others to read, actually is well over double the length of all the others.

Apologies if it is a bit messy, I am just so relieved to have it finished, so uploaded it. There are probably typos and he/she confusion but there are no errors as far as quicktest can tell, so enjoy and please do give your feedback/error reports!

Edit: Hopefully I will get New Order chapter 5 up next week, although it will also be a time consuming process.

Solidarity chapter 2: If you go moderate with the dockworkers, the response on leaving doesn’t make a lot of sense. I picked a calming approach so that they didn’t strike, but Kovak’s parting shots:

“How are you Mr Mayer?” he asks sneeringly, “I hear your communist rabble rousing failed to take effect among my disciplined workers.”

“Enjoy betraying your faithful once again Kovak,” you reply, not bothering to stop.

“Ha ha ha,” he bellows, “Did you hear that gentle flower? Can’t take a defeat can he? He}'ll not last a year in politics.”

Seem to presume that I did want them to strike. Meanwhile, the union changed affiliation to Solidarity, which doesn’t seem like something this guy would be sneering over.

@Dominic interesting, i’ll have a look at that section tomorrow and see what’s going on there, thanks!

The code looks pretty straightforward - he taunts you if they don’t strike. The issue is the presumption that you tried to convince them to do so. Your check to see if the union changed affiliations also occurs within his response for when there is a strike. (Though as far as that goes, I could see removing the affiliation bit entirely if you don’t push for a strike, since it’s then not apparent that you’re really doing anything different.)

edit: Come to think of it, it could be more natural if you choose to calm the potential strikers that, rather than trying to enlist them to your party, you could instead build bridges with Kovak, who wanted the same result, supporting a popular front ending.

Spotted a couple of small error though

"It may not be surprising but it can we be stopped.

It may not sound like much, but the embarresment embarrassment of having a social security inspector

It has also been a difficult winter for the governemnt government.

I’d like to go on the record today to thank him for the hours he was has put in during my recovery." Or at least that’s what I think this line was meant to read.

*if background = “working”
“Obviously she he couldn’t resist my worldly charm.” As this comes from the scene with Jules it should read he, though maybe change that line entirely for the gay scene as it seems odd for a politician like the mc to openly and overtly basically admit to being gay there, even if Franz is a bit tipsy in that scene.

You find Jules chatting with a group of MPs including Vitori Kant.

“You and me both $![fn}.” The variable not quite going correctly again there.

Here’s another one where Franz is suddenly referred to as “Sash”:
“Shortly, dinner is served, a traditional Moravian goulash followed by an impressive steak dish. You spend most of the meal talking to Alexander and his wife while Sash and the Hartmanns discuss the gangs of Grosshardern.”

Overall again great chapter though and my mc finally got some action at the end of the chapter. Given his orientation and previous social situation maybe his first ever.

The blade has been sunk between your ribs and punctured a lung and if it weren’t for the fact that their was a Civil Guard on the metro that pulled up at the moment you were attacked you might not be here today.

Once then are gone, Wulf springs out of her chair and paces up and down

*if female = false
“I can’t guarantee it’ll be fun, it’ll probably be a formal event, but it’ll be vastly more enjoyable with you there.”

The checks are reversed.

His wife it transpires is called Everlyn.

“Both me and my husband can speak English, in fact Alexander trained there,” Mrs Roth says, in English.

He was trained where?

decades of dank houses and hungrey nights behind them.

I think you meant hungry.

You look around the room. Unsurprisingly, rhere are a few faces you recognise,

There is a continuity error here, first:
You find Vitori sat alone with a couple of bottles of wine, empty no less

And then:
Realising the game is up, one of the men strides off, another turns 180 degrees and pretends to talk to someone else and the final one chances his luck, hovering awkwardly at the edge of your conversation.

This second part should be removed (the same happens with Sash).

You don’t think the Moravian paramilitary ball will ever have seen anything like her.

While I think the idea of paramilitary ball to be awesome, I think you meant parliamentary ball.

When dancing with Franz:

I think you should change the aristocrat question for Sash, her answer is kinda bad for the question:

“I trust you’ve enjoyed yourself?”

“No I suppose not,” she admits, resting her shoulder against the doorframe.

One last question $![fn}," Starc continues, still without having looked at you the whole time,

Walking up the steps, you get the your first proper chance to regard Vitori, having picked her up a few minutes earlier.

You should remove the “the”.

"So Max, everyone at Solidarity’s talking about it. The big deal. Word is you swung Rosa

in favour. People are saying you made the decsive intervention."

The paragraph is not on the same line.

“People are saything that are they?” you look round the table, that information could only have come from someone who was there; Roth, Hartmann, Serniceck? And why have they put that story out there?

Serniceck is not mentioned to be at the table, only Roth and Hartmann, and their wife.

“Why Max,” she says with mock incredulity, “It’s always interesting to here what people have to say after the event.”

Thanks very much @Urban and @idonotlikeusernames, I knew it was a bit messy and I really appreciate the help in rooting out these little mistakes!

On a slightly separate note, I was wondering something when writing this chapter, given that romance appeared for the first time. As a straight man I feel pretty confident in writing women attractive to the male gaze, but what about men to the female (and of course male) gaze? Am I alright? Are there any obvious tricks I’m missing? Anything you would/wouldn’t like to see?

The means of production don’t seize themselves…

As a straight man I feel pretty confident in writing females as appealing to the male gaze, but what about men to the female (and of course male) gaze? Am I alright? Are there any obvious tricks I’m missing?

I can’t help you with the last part, but the first part I must say you did very well, I give you an A+.
Both Vitori and Lou were excellent to read, the only downside is that they were for reds only

I can’t wait to read the ball with Herta, Lydia and Alessandra.

She steps forward, puts her arms around her neck and locks her lips on yours.

I think it should be your.

Before you know it, you’re in a gay bar in Grosshardern’s seedy Ruzovy quarter, near enough the only place in Moravia that anyone other than hetrosexuals can display affection publically without risking a visit from the Civil Guard.

After getting out of the hospital, there is this text:

I think it should say “Hundreds, nay, thousands…”

“This is not an easy speech for you to make,”

Since I’m the one speaking, I think it should say me.

long before I was the vicitm

“What is it!” you ask, rather irritated.

Needs a question mark, or possibly an interrobang.

She insisted we didn’t make any announcements for the coming campagin before meeting with her.

That way, PF remains independant and not dominated by one side or the other.

Franz has agrees with the call you made, thinks that the party has what it takes to win.

I think has should be deleted. Also, I didn’t exactly make a call in the choices leading to this line. I wanted to hear Serniceck’s opinion and his quivering indecisiveness drove Rosa to her decision.

Yes Franz, I know that, depsite appearances, you are an elected MP.

@AlexClifford1994 who the New Order RO are inspired? I read about the Solidarity RO but didn’t find for the New Order.

@AlexClifford1994 who the New Order RO are inspired? I read about the Solidarity RO but didn’t find for the New Order.

I’m not sure I quite get your question, do you mean who inspired the New Order RO characters?

Yeah, the real people behind the pictures.

The people in the pictures are:

Riga: Oswald Mosley
Falk: is the Italian WW2 general Giovanni Messe
Lydia: Wallace Simpson, controversial wife of Edward VIII
Georg: is a British royal from the first half of the 20th century, a brother of a king, can’t remember which one
Herta & Alessandra: i don’t know, just hours of google images trawling