She did give the max points she found for each character, though. Once I find that post, I’ll put a link up here.

Oh, thank you so much.

I’ll do some speed playthroughs for the others to make sure I get everything, though.

Aww, you don’t have to if it’s too much trouble. Now I feel bad for asking. But thank you.

I think it’s been mentioned before but when I first read about the punishment room for supernaturals, I imagined scenarios of the MC having to rescue their RO from there. And then if they actually opened up and talked about what they’d seen during that time and the nightmares had to do with the MC… I know I’m terrible but the possibilities >.<

Now, I could be very wrong, and Sera might hit us with this in a couple years and prove me wrong, but I don’t think that’ll happen. While I personally don’t the chamber–it sounds like a war crime, to be honest–the Agency, at the very least, seems to use it sparingly. A specifically says that Murphy is “not even a Tier 10 supernatural,” which since he’s a vampire and fairly strong one even without the Detective’s blood since he’s able to hold off all four members long enough to bite the Detective. If he’s not “tier 10”–whatever that means–I doubt any of Unit Bravo are, either. If the Agency only uses the Gas for supernaturals who cannot otherwise be contained as Rebecca claims, then it’s unlikely they’d use it on Unit Bravo, especially since if they locked them in a room and gave them no blood, they’d eventually fall into a coma. They definitely wouldn’t use it on a human. Not to mention there would be some heavy, life-changing trauma for the victim, and that is very, very heavy writing.

Sera has also confirmed that the Detective will work for the Agency for the remainder of the series, though they may disagree on some practices. (I can’t find the ask for this, but I remember reading it.)

Oh, I didn’t think the Agency would use it. The way I imagine it happening is that they are pushed in by a baddie. It would either be by a mole that was high up in the rankings and lured them there under false pretenses only to shove them inside at the right moment or maybe something got loose in the facility and it caught them by surprise, throwing them in there for revenge, giving them a taste of what the villain faced. Also, it wouldn’t last long. MC would save them before any significant damage could be done.

And I’d rather it wasn’t the reverse scenario with the detective being tortured and needing rescue again. But that’s my personal preference. I want to be the rescuer XD

Oh, thank you so much.

I found the max friend point made by Sera

Phenomenally well-written; all of the characters are very charming in their own way! I would like to ask you though how many flirtation and friendship points can we get? like what is the maximum...

I found the max friend point made by Sera

Everybody was complaining about M, but all this time it was A with the least amount of friend points! Damn you A!! jk, we love you

N also makes a nice matching scarf/hat/gloves set for the MC and whoever they are romancing. If it’s N they don’t stop until the MC has sweaters, a blanket, plenty of socks, and even pillows.

NO ONE STOPPED ME AND LOOK WHAT HAPPENED yes this convo was five days ago, come at me bro (ง’̀-'́)ง 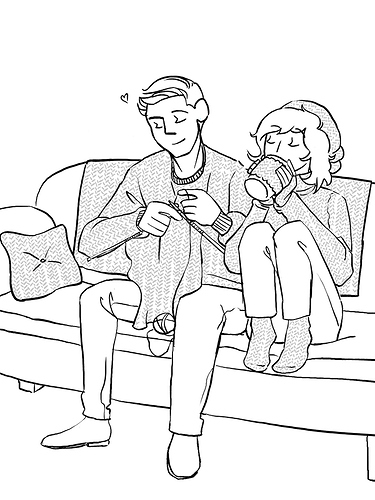 Rebecca: Hello my possibly traumatized child who just learned their whole life was a lie and I left you in the care of blood-sucking monsters! Check this sh*t out!

First, this is the exact mental image I had. Second, this is exactly what Rebecca does!

That is a lot to take in, and Rebecca’s like, “OK, now here’s the fun part! Let’s go into the torture room where we make mass murders live out their worst nightmares–forever!”

I just feel like maaaaaybe the dungeons are Day Two kinda thing. And then make “uh, by the way, we need your blood for testing” a Day Three thing. You know?

Rebecca is like a mother bird. Just kick them out of the nest and see if they fall or not

N: Maybe we should ease the Detective into this?
Rebecca: Excuse me, I’m their mother I think I know what’s best for my child.
N: Of course, Agent…
Rebecca: Now come on, dear, let’s go to the wing where we do experiments! Agent M knows it very well! 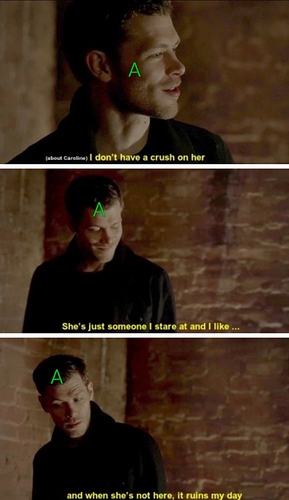 NO ONE STOPPED ME AND LOOK WHAT HAPPENED

We all appreciate what you’ve done!

speaking of the game gotta keep on topic somehow, lol, who else thinks about the fact that N must have read Dracula as a human and probably liked it because they’re such a darling nerd but now that they’re a vampire, they can’t read it anymore.

Not because it’s silly to them or eye-roll worthy, but because Dracula is the monster?

Further, who else thinks that N can’t read Frankenstein anymore for the same reason?

You say N or A and I say N, A, and M are all in camp “No Dracula” and then there’s F who thinks it’s hilarous.

“Dracula” was written in 1897, so I guess it depends on how old they are. I don’t know much about the book though–I never finished it, because it’s so boring

–but “Frankenstein” might not be so bad for N. The Creature isn’t naturally evil or soulless. It becomes a “monster” because of abandonment, mistreatment and rejection by society as a whole. The entire book is about the terrible consequences of focusing more on whether science means that you could do something, rather than if you should. With that in mind, I think N might actually like it. Maybe that’s why they hate technology so much.

And I agree with @Mewsly’s assessment, and I suggest that F reads “Bunnicula”–today, vegetables, tomorrow, the world!

(Seconding the congrats to @rose-court )
I knew that Frankenstein came out somewhere around the early 1800s (wiki is saying 1818 as first publishing date). Depending on when N was around at that time, they could’ve received a copy of it later than that. The second edition, published in France, came out in 1823, and I’m assuming any copies in North America came somewhere after. Naturally, if A ever got a hand on either of them, their reactions probably wouldn’t be the greatest. Hopefully, someone told them that Dr. Frankenstein was supposed to be the monster.

I suggest that F reads “Bunnicula”–today, vegetables, tomorrow, the world!

Yes. Seconded. F would then question why there’s not more vampire bunnies. If humans can turn why not rabbits??

For that matter, some of our MCs might have to take a second look at their books after all this if they have any fiction involving the supernatural. At least half of it doesn’t exactly put them in a good light.

Thank you so much, you guys!

Your congratulations mean a lot to me.

I just want to clarify that I’m not done with school altogether, only that I’ve finished my spring semester.
But thank you, all the same!

I would also like to apologize for bringing the angst train, lol. I get angsty when I’m hot and I live in the damn desert somebody kill the sun and today was especially blegh.

So, to lighten things up, how’s about we discuss this:

F probably thinks green eggs and ham are real and is torn between wanting to eat it and wanting to puke just like me as a kid.

…I like to think that ‘Oh the Places You’ll Go’ would wind up being a bit of a comfort read.

F’s favorite is probably Cat in the Hat. They think A is the grumpy fish. M is the Grinch, F is still trying to help their heart grow. N tried to explain that it was a metaphor but they didn’t listen. Oh The Places You’ll Go gives them slightly unrealistic expectations for when they get to travel looking for Murphy.