The War for the West [Releasing Nov 14] 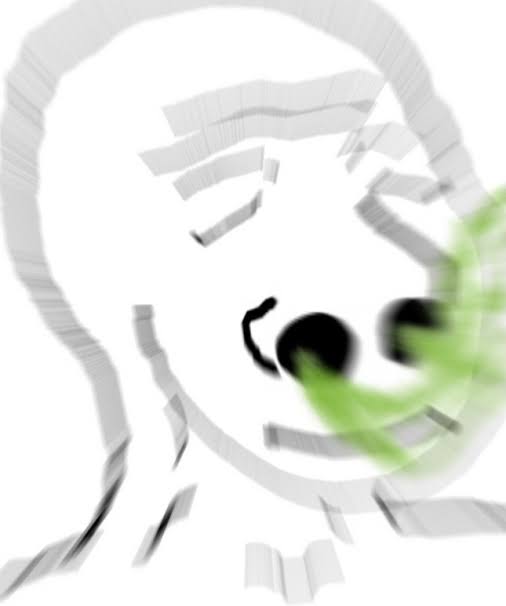 I am not able to send the spawns skin to the alchemist guild after killing it. Also that lords army is not reaching my castle after even 2 months.

Well, the game is great. However, I wonder if in any future there will be an update that will save our game for the sequel. (And know the fate of the bastards)

Thanks everyone for the support!

If you enjoy the game, please consider leaving a review on your platform of choice. It really helps!

I am not able to send the spawns skin to the alchemist guild after killing it. Also that lords army is not reaching my castle after even 2 months.

I’ll check the code when I get home, but IIRC the prompt to send the skin to the alchemists only happen after the war, near the end of the game.

As for the time of the invasion, it was originally randomized between 2 numbers (something between 120 and 200 days), so I think you either got a longer roll or CoG changed the numbers to accommodate to the length of the demo they made. I’ll be testing the published version of game myself in the next few days to be sure.

Well, the game is great. However, I wonder if in any future there will be an update that will save our game for the sequel. (And know the fate of the bastards)

It was one of the very first things I asked them about months ago, when I submitting the game. The answer was something along the lines of “better wait and see if the game will get enough purchases to warrant a sequel”. Either way, I will likely be adding a custom save creator similar to Dragon Age Keep for those who want to jump straight to 2, or have lost their savegames for 1.

I didn’t change any of the game’s numbers.

Right. I assumed it could have been done because of the “try the first five months for free”, and the timer for the war sometimes happening before that.

Very interested in release. Is this just the game from the wip, or is there new stuff, and if so how much?

Just tried out the official demo and came here to check if the game really is as empty as it seems. Which apparently is a misconception because previous posts indicate people here seem to like it?

I’ve gone through the demo multiple times now. Or rather the first five… days? rounds? I don’t want to call it chapters because there is nothing there. And all my impression amounts to is a lot of random clicking where I have no idea what I am even doing, a lot of lore that is thrown at me but seems utterly inconsequential as far as the demo is concerned, and practically no story at all.
As in, literally all I have seen in multiple playthroughs of the demo is a letter from the King, the opinions of my advisers, the (probable) plot hook for a disease with the alchemists trying to cure it, a few side characters that didn’t leave any impression, some random dreams, and that’s it. I don’t even understand yet what determines when a round ends.

Which I found disappointing. When I had the release notice in my mail, it sounded quite interesting. Almost 500k words, a promising setting, shaping my province, diplomacy, intrigue, all that jazz. The description sounded great. When I first went to the demo, it was with the thought that I’m probably gonna buy it and just wanted to make sure it holds up to the expectation. Which… it didn’t.
And just going by the sheer size of the game by the word count, it seems a shame. I assume it probably gets better later on. The forum posts here seem to confirm that too.

But with that Demo it just seems like an empty shell of a game with nothing going on at all. Like those early alpha drafts of WIPs, where just some programming is done and the story has yet to be written.

So… no idea where I’m going with this. Actually didn’t even plan on posting and just came here to see if other people were also disappointed with the demo, or if I just did something wrong that makes me completely miss the story in those first five rounds. And only afterwards decided to at least be fair and leave the feedback.
Anyway. The demo basically changed me from “I’m probably gonna buy it” when I read the synopsis, to “… I’m not going to spend money on that. There’s nothing there! Just some random clicking with no story whatsoever”

Which… doesn’t seem like what a demo should be doing.

Different people different tastes I guess. It is an excellent game btw once you get into it

Their is a ton of plot and story.

Oh, I easily believe that. It’s almost 500k words, that’s what, two or three Harry Potter books? A lot of possible story in any case.

My issue is that I just don’t see anything of that in the public demo. At all. A letter from the king, some minor talk with the advisers, short random dreams, and that’s it.
There is no story to be seen in those first five turns. Or if there is, I have no idea how to find it (in which case, I’d be happy for any advice). And that’s leaving aside that had to restart the demo four times or so just to be able to even be able to click through all the various areas I can see, like Library, Church, Quartermaster, and so on. I didn’t even want to make any choices there, I just wanted to see what there is.
Which is the basic thing for me to check in a new game. What can I do, and once I have an overview start playing with the proper choices. Which… just wasn’t possible.

Basically I was just disappointed that the demo didn’t give me any impression at all of the story.

Of course I freely admit that it could just be my expectations. I want mainly a story accompanied by choices. With the economic simulation touch (that I like), I expected a more detailed version of Lords of Aswick, Metahuman Inc, Lords of Infinity, or somesuch. Where playing three to five chapters actually shows me story and gets me invested in it.

Here I just got choices with some minor flavor text and no visible consequences in the demo. Or I just missed the consequences, which is entirely possible as at some point I got annoyed at having to repeatedly restart the demo just to go through the various buttons and conversations, because those five rounds passed like nothing.

But yeah, as I said, purely by the wordcount I fully expect that there might be a payoff somewhere down the line, and going by the posts here in the thread I believe that there can be a good game hidden behind it, but nothing of that is shown in the demo. Which just seems a shame, really.

Yeah, I’ll admit, that demo isn’t the greatest. All of the good bits are pretty much blocked off without anything to get a real hook on. I mean, I played the alpha so I’m still interested, but if you didn’t and your only connection to the game is the demo, I can certainly understand why you’d be disappointed.

This is likely due to the way this game is written in that it’s in a very unorthodox format. It’s not split up into chapters, so you’re left with a time limit that seems to end before it can even begin. This is less of a fault of the game itself and more of the fact that the usual “2-3 chapters free” approach isn’t always applicable.

I think I might’ve found a bug. On fixing the Southern roads, I went to the quartermaster to inquire him about it, the cost was too much so I chose not to fix the roads. But when I went back, it said that the work on the Southern roads was finished and I would get more aurens from now on.

Or if there is, I have no idea how to find it (in which case, I’d be happy for any advice). And that’s leaving aside that had to restart the demo four times or so just to be able to even be able to click through all the various areas I can see, like Library, Church, Quartermaster, and so on. I didn’t even want to make any choices there, I just wanted to see what there is.

@Nasdaxow The Hold Court action draws upon a pool of currently 46 events so make sure to do that. A few of those might have prerequisites before being triggered but there is in my opinion a huge amount of content there. Many of those events can be altered by things that have already happened as well. I confess that having participated in the beta, it did not occur to me to try the demo before purchasing because I already knew the game was amazing. This game first came to my attention by repeatedly being mentioned in the Most anticipated HG WIP? thread and I have found this game absolutely deserving of that distinction.

@MahatmaDagon Congratulations on the release of a spectacular game!

Thanks a lot for replying to my uneducated comment. I had not reached the end of the war and thus did not get the option to send the skin.

Another great thing would be if we could seduce jenneth before and turn her into a double agent. We should also be able to assassinate certain members of the chalice as we can predict who they are using information from our spies.

I played the game and I loved it. Kudos to you lucas. I just have some suggestions that might make the game more awesome. I had paid spies to inform me of the going ons of all states. I received their reports and could foresee certain events. There should be options to act on this information and be able to wage a secret war with the secret society and be able to sabotage and blackmail other states.

Hi how can i beat the wicked creature or there is no way to beat it?