Any notice how close Telltale games are to choicescript? I mean other than being able to choose name and gender. They are really fun to play. Oh and they are going to be releasing next year dunn Dunn Dunn… Guardians Of The Galaxy!!

I loved the batman telltale series. It was really refreshing to see my own version of Bruce Wayne having a very different interaction with the characters around him. And I liked how they handled the choices, even though the impact wasn’t big but it still felt quite personalized. C:

The only non text based games I play are Telltale games and Bioware games.

I alway loved them. They alway had problems with release dates but once you overlook that the games are really enjoyable and as time goes on and their budgets rise, their games become broader and start feeling more personal. Exception for the first season of TWD of course. That was a masterpiece. Now fans are greedy so they get rushed.

Another nice thing with telltale is that they make railroading fun. We cant lie, telltale games can be pretty railroaded but its not our story. We are mostly the conscience of the characters and we influence them to modify their story a bit but the characters and stories are all just so interesting! I dont like borderland yet tale from the borderlans made me fall in love with the lore. Same with the walking dead. I still remember playing trough the first season like three time. I’m sure I could do the episode with the cannibal family again and still love it like the first time.

I’m actualy super excited for season 3. I already bought it and I’m more excited for this than christmas. Anyone else bought it?

The Walking Dead is my favorite I actually prefer it to the show.

I read the comic a bit and kinda liked it but the universe around the main characters is more interesting than the peoples themselves. I could never connect much with the original serie characters because they all either die or become terrible peoples but when telltale got their hand on it they really nailed the characters. Clementine is still one of my favorite character of all time because her story feel personal to me now. Telltale walking dead killed characters but even then their deaths had more impacts than when I saw someone die in the comic.

I think human interactions are one of their strongest points.

Gower will remember that.

I adored Tales of the Borderlands and Walking Dead. Telltale always makes me cry.

I actually discovered Telltale, though, through Tales of Monkey Island. The Monkey Island series has long been my favorite point-and-click style adventure game, and I lurve what Telltale did with it. It’s different, but I really enjoyed the new characters.

I like walking. I also like the on-a-rail rides at Disney. I know what I am getting myself into when I play a Telltale game.

I loved that series so much that when Curse of Monkey Island came out, I bought it, even though I had no PC with a CD drive. The box just sat there on my desk for several months.

I really want Telltale to produce a part six. I need to learn more about Morgan Leflay. I assume Disney’s acquisition of Lucasarts means that will be a long time in coming, though.

Secretly, I want to write it.

Oh I’m a sucker for Telltale Games. I played Tales from the Borderlands, The Walking Dead, The Wolf among Us, Batman and Game of Thrones. Loved them all.

Disney don’t want make Monkey Island so their buy of lucas is the nail in the coffing. Monkey island in floppy disks is the first game my dad bought for me and we played it when I was six or something like that. I still having the disks and the hangman anty copy system.

Thats the mean version of what I said. Yeah the choices are not very big but they do what they can with what they have. I couldnt expect telltale games to be as deep as CS games because Telltales use graphics so it split the developpement time even more. When you buy a telltale game you should expect a pretty linear story but its gonna be a damn good one. The choices are there to make it personal, not branche the story. Do you also complain about the puzzles? Because the puzzles are another fun part of their games. They are nothing but point and click games after all and thats exactly what I consciously paid for.

Remember they mostly do games for licensed series too. They cant just give you huge choices that would make the universe stray from the original. Let telltale make a game in an original universe of their own and I have no doubt they would make a way deeper game with bigger choices.

They deviated from the original scenario a lot with batman but its a super hero serie that was rewritten by loads of peoples. They also cant have too much of a branching ending if they want to come back with another season.

I have such good memories of getting Monkey Island one Xmas, and playing it. It was just such a magical game, one of my favourites. Exploring the forest, searching for the swordmaster, trying to become a pirate, insulting random strangers. The first game was the best, and the second was good too. I didn’t like the later ones so much though. And I hate how they’ve remastered them and made Guybrush ugly. 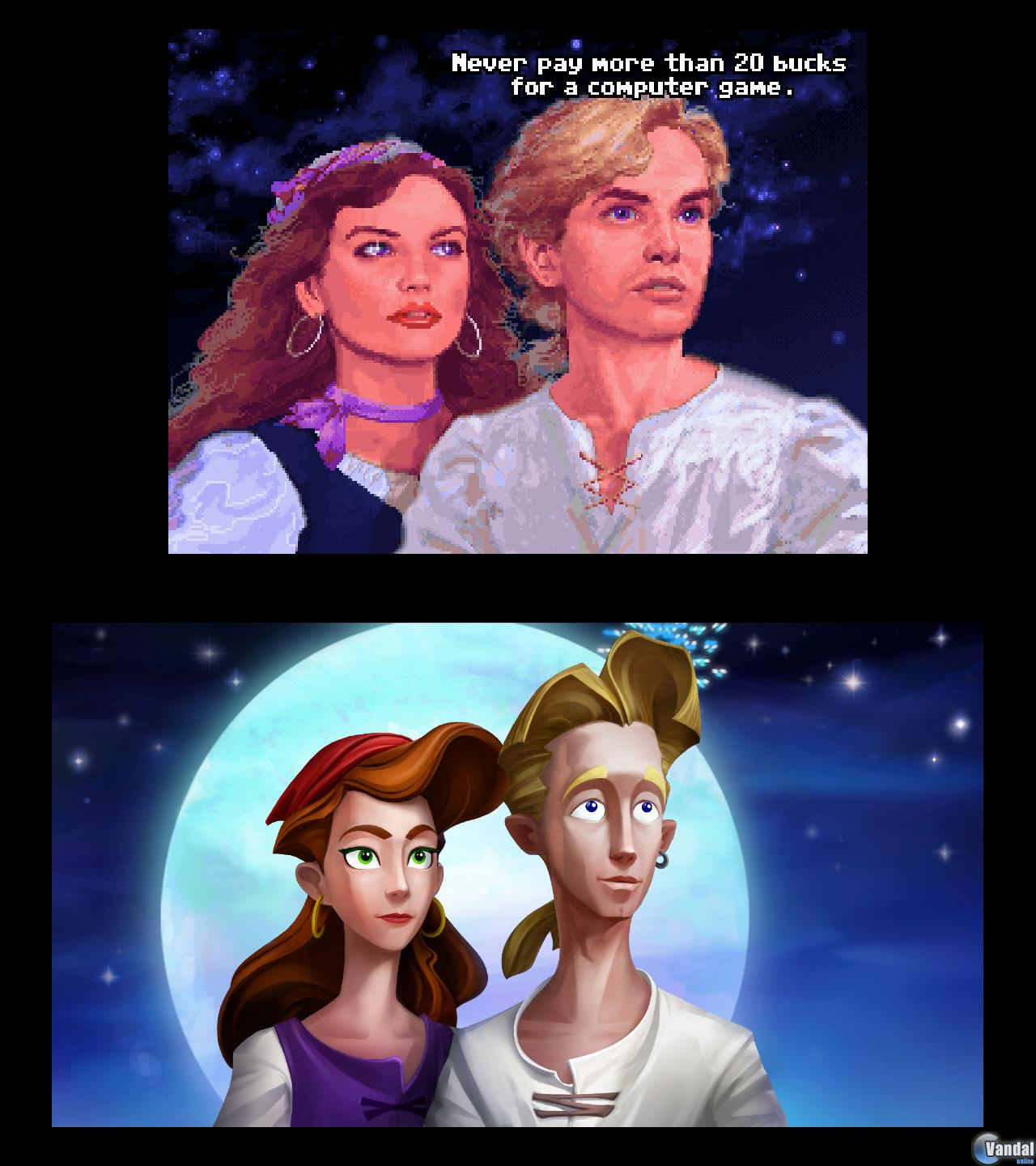 I do not understand how that second image is better.

I thought it was quite good, and got better and better as it went along. Not as good as MI2, but nothing is as good as MI2. It was funny, and the puzzles were pretty clever.

On the other hand, my wife, who also loves Monkey Island, played it for fifteen minutes and said it annoyed her.

So I have no idea if it’s good anymore.

If I’m not wrong they did sam&max just before and sticked with their usual cartoony models because its a game for everyone. Their characters models are way better now that most of their games are for mature audience. I think the minecraft game was a pretty big fail too. Telltale really is better at doing stories for older peoples in general I think.

I liked their Wallace and Gromit games.