“Being both in love and wise, not even the gods can manage that.”

He is a child of prophecy, the chosen prince struggling under the weight of his destiny. Unable or unwilling to walk the path fate has set for him.

She is a living goddess, the divine princess with a tragic calling. Fate has decreed the end of her immortal life in blood and betrayal.

Can men or even gods alter what is written in the stars?

Stars are dying at the edge of the Universe. The Great Darkness stirs. His dark champion leaves a trail of dead worlds in his wake. Demons, banished long ago, returns from Inferno. The Dark Pantheon rises in the space between the stars.

In Aion, the Prince of Light grapples with love, life, college, court intrigue, and international politics.

In Lòrelei, the Celestial Songstress struggles with fate and free will, love and destiny, immortality and the mortal condition.

Once upon a time, there was a Universe…

This is an exploration of free will vs predestination, total freedom vs perfect safety, chaotic democracy vs orderly autocracy, and the tragedy and hope of starcrossed romances set against the backdrop of a galactic war.

Hi! I’m back with something close to my heart. I started working on this before Knights of Evallon, and I am finally ready to share a little bit of it. The details are below and please feel free to ask me anything.

Rhapsody:
Chapter 1: Stars in the Twilight

Thanks for reading, and please check out my other game if you feel so inclined. Thanks!

Hi! Please participate in this poll and help me out. Which route did you play? poll

Another day, another cosmic struggle against the forces of evil/chaos. I’ll never get tired of it. And the story has a strong start, that’s for sure. I’m hooked.

On an unrelated note, I find it funny that our almighty goddess, wielder of stars, has cash to dole out. I’m wondering if she receives it as a salary. Maybe she can receive bonuses by being the goddess of the month.

@Oreven Haha! Glad you like it. And yes, the cash system is a little weird for her. I imagine she has a direct line to the God of Wealth or something. Also, affirmative on the Goddess of the Month bit. Lmao!

Ah yes😭
The dreaded “play again”
I enjoyed it.
I look forward to it’s update

@Gintoki_Chan Wow! Glad you liked it so much. This project is my baby. Btw, could you tell me the route you played? @Oreven Could you do the same? Thanks!

This looks promising! I enjoyed the writing style of this one. And I have to say, the names one is allowed to choose from are very beautiful.

@Sujan_Dhakal You are right. Will do.

@Caronte Glad you liked it. Also, thanks. I tried to make the names fit the characters.

I don’t know if I should be worried, for a project it was very interesting. I look forward to seeing how it ends
I haven’t read your other books but I will look them up and tell you what I think.

I picked the Prince’s route.
Aria

For that pole, best to offer third option saying both because there are some of us who will do that, I don’t think I’m the only one

Hi! Please participate in this poll and help me out.

Which route did you play?

I don’t think I’m the only one 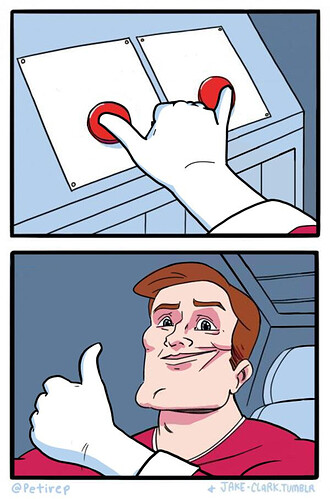 How right you are

@Gintoki_Chan @Sujan_Dhakal @Oreven Thanks for the responses. And yes, I added the “Both” option as well.

Can I link the same poll to the OP?

I think so, yes

I’ll try it. Got no idea though.

Edit: Did it. Got a badge for it too.

@Gintoki_Chan Hello again! Sorry, but can you elaborate on this part? Lol, trying to get as much feedback as possible.

I don’t know if I should be worried

You have another project
Can I ask why don’t you focus on one before embarking on another?
Because I really like Reminiscence, so I don’t know if you would finish it.

@Gintoki_Chan The reason I work on more than one project is because I get tired of writing the same characters every day. So I switch between the two in order to relax and keep my creative juices flowing. As for Reminiscence, let me assure you, I will finish this. This is literally my life’s work. I have spent far too much time and money on this. (I’ll post the other artworks intermittently. Please don’t hate me for milking them in order to maintain activity).

This was supposed to be a book, but I thought making it a game will be more fun. Especially because I got too attached to the side characters and wanted to explore the main characters’ romances with them. I have already written a lot of the story, but I need to convert it because it’s in the third person past tense.

But thank you, I am glad you like it enough to worry. That’s so touching. Also, I do keep a word count log of both projects on Discord for my readers and myself to keep track of the progress made.