Hello everyone! sorry for English but I’m Italian😅 I wanted to ask you if you had any court or medieval intrigue games to recommend?

Hi! I have a WIP that might be interesting to you; it is more comedic than dramatic but does have some court intrigue.

This fairly odd fairy tale is intended to be the first of several stories united by a common theme: they will begin at the point where the traditional fairy tales they are based on end, and let you decide what happily ever after actually looks like. Will you remain with your fated true love, or find another? Remain a loyal royal, seize the throne by force, or bring the monarchy crashing down forever? You choose to play as Cinderella or the prince, both of whom have customizable names whicheve…

Tried it out. Good recc.

Thank for playing super robot war 30 again, now I really wanted to play some w.i.p with mecha theme, so is there any recommendations besides mecha ace or pulse University

There’s are some great works that need mention…

[image] ♚ Introduction Hello! I’m Mila, an avid writer, and I’ve had the idea for this story for a while and thought it’d be fun to make it into an interactive novel! So here we are… ♚ Golden Golden is a brand new ChoiceScript WIP I’m working on that is heavily romance based. You’re from the big city of Lehsa, you’re returning home to begin your postgraduate studies after being away for three years. On your return, Lehsa is as you remember it; vibrant, bustling, modern - yet the cit…

° Monster Within; by @Wesker22

In a world where thrushes sing and willow trees are golden in the spring, boredom should have been included among the seven deadly sins . -Elizabeth Goudge Being attacked by an angel with a flaming sword and subsequently rescued by a woman wearing a fedora is hardly how you expected your night to go and yet here you are. After finding out you are the Contractor, a human with the ability to contract all seven sins you are tasked with bringing about the end of the world. Easy enough right? Wrong…

I’m thrilled to announce I’ve begun work on my new game Last Dream. You can play it here: Last dream on Dashingdon Concept/Synopsis: An unexpected apocalypse takes you away from your hi-tech metropolis, sending you to a distant, very different world. In this new fantasy world, elemental magic permeates the soil, Buddhist philosophy leads people’s lives and Hindu demigods (Devas and ASuras) fight for supremacy. Why did you get here? Is there a way back hom…

° Nikola Tesla: War of the Currents; by @dklindzic

[81bM3O6IYzL.AC_SL1500] Alter the course of history as an inventor at the dawn of the electrical age! Can you outsmart Thomas Edison and help Nikola Tesla realize his dreams of worldwide wireless power, alien contact, death rays and sapient machines? The man who invented the 20th century was a queer immigrant from Serbia. Nikola Tesla dreamed of distributing free energy to all of mankind but passed away in a New York hotel room alone and forgotten. What if it had gone differently? In the yea…

Sometimes i play again these great wips, and many more that i would not remember from my head to mention here, or are already mentiined previously

Wow! Thank you @Thanatos ! I am humbled to be mentioned among such great works! I am open to any suggestion , hint or feedback. And I wish you all a great holiday season.

Thank you so much @Thanatos this is the first time I’ve seen my game recommended in something like this!

Thank you so much for mentioning my story on here amongst so many amazing ones, I really appreciate it and it’s also my first time being included on one of these threads; so thank you once again! I hope you’re doing well

Well crap. I was surprised to see a mention in my notifications. Even more to be put in a list like with so many greats. Thanks!

Hello!
Can you recommend me WIPs with Game of Throne wibes? I don’t want to be a prophet, mystic, God or indispensable hero from the very beginning, I want to dive into events gradually, not just immediately burst into it. Yes, MC must suffer and prove to anyone who slandered them that they are worthy!

Hi, i just wanted to let everyone know about this game since I was totally blown away by this one. I love that it’s love island-esque! I know there are some wips that explore this trope but, i swear to God, this one is sooo fun and dramatic! You’re one of 2 humans who is a participant in buried love, everyone else is a mythical being like a werewolf, vampire, demon etc. 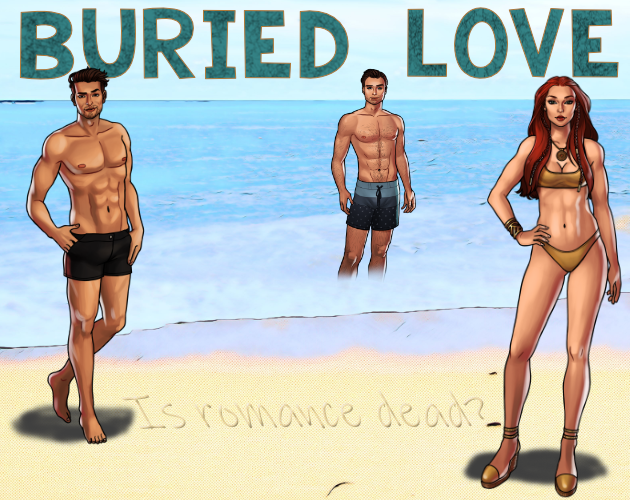 A dating game with a twist.

Recently i played Mordred again, the WIP is by @Protagonist it is pretty much unfinished but the first chapter always feels good with promised good stories, hope he back in the forum again someday

PLEASE!
Guys, maybe you know IF’s with love triangles? No poly route! But IF’s where flirting with multiple RO’s at once has consequences! So many people write poly routes, but so few write love triangles. Why? I don’t want to romance everyone, but I want some drama and choices for my MC.
Thanks!

I’d encourage everyone to try out Vendetta: Rise of a gangster. It was this game that really got me into choice games.

So…
I’ve been re-watching Buffy: The Vampire Slayer, and it’s been a blast. I’ve forgotten how good this series was. Anyone knows IFs or WIPs that have the same plot? High schoolers against supernatural beings, teenager hunters? Today I’ve finished It Lives in the Woods from Choices app, and it’s exactly the vibe I’ve been looking for, but the thing with diamonds and keys it’s terrible