First among my doubts is can we save our earlier gf I mean for me it was dawn and after she said to me about all those conspiracy , next episode i m standing infront of her grave , it broke my heart ,so help me will you …

Anyone get all 3 ROs? Who r they? Does our first love count? Or is that just to establish sexuality?

@Rhodeworks, I just wanted to say congratulations on getting Paradigm out there! I loved it back when it was in it’s WIP stages, and you can bet your heiny it’s on my list of games to buy.

I’m currently on an Easter holiday, so, I won’t be able to read any feedback until I’m home again. But it’s good to see the congratulations and that people are enjoying it! It was a great experience, a lot of fun to work on, and I can’t thank Choice Of enough for the opportunity. 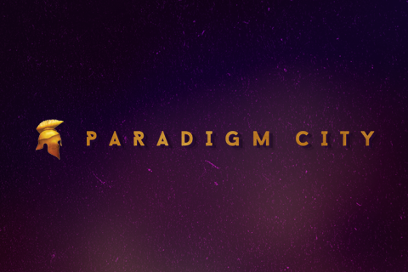 The Golden Age of heroes is over, but you're just beginning. Will you use your powers to help the world or help yourself?

You can tag @RETowers with things like that. She’s taking over most of the management of Hosted Games. But thank you for the head’s up.

I just checked. The playable trial is the first chapter and a little bit of the second (up until the point you meet the team).

Ok cool, just wanted to make sure. I was looking at startup.txt and didn’t see the $ on the scene files until 3 down.

@Rhodeworks When you are at the trial, well, after you get out, I see how Sentinel is taken in to answer for all what he did etc. The thing is, as just a few lines after says, I killed him in our battle, and I dont think necromancy is a power here xD..

Another thing that upsets me is that it keeps changing her, she, he and him for their and they. That would be ok for a person I dont know, or a robot, for example. But if I know a person is female, and identifies female, and text uses “her” for her, when it changes suddenly to “their” and then back to her, it breaks the mood.

This may just be sheer luck, but I think I just lost one check, being all brawl except one point in power. So are the checks working, or is it supposed to be like that? Of course I assume that when I go demigod mode, the checks are barely there to suggest what to choose, due to the character being able to manipulate all energy. But before that, I found it odd.

And lastly, and this is just something from my own opoinion and liking. In the first part, the young years, felt really rushed, almost like something I had to skip, and had no meaning. I like to learn what my character past is, how my choices shape him or her. I didnt really find any reason to romance anyone on this game, as I barely knew anything about them besides the info in the stats screen.

Plus the… “character”, the “emotion” or “personality”, it felt driven. I dont know how to put it in words, but if I try to be a loner, I cant. If I want to be some dumb clown, I cant. If I want to be some kind of Deadpool, I cant. I am fixed to be a serious person who doesnt question the military looks of SOLAR and just goes with it, without questioning. Or questioning it and ignoring himself, as he does exactly as he is told. I would have liked some sort of path, even if it was a failed path ending in death, being able to go against it.

I am not a master of text, I cant even write a normal book, let alone anything that can be called even CYOA. So dont take this the wrong way. Im trying to point out what I think the book lacks so the next book I read from you makes me enjoy more the very few hours this books makes me forget about this world. Despite all the bad feelings this comment may give, this is not the worst book I have seen by far, I am just bad with words in spanish, even worse in english.

I did like this story, though I have to say that seeing your teenage love interest being killed was something I expected, and lost impact to me. . At least it wasn’t someone stuffed in a fridge.

The other thing I would have liked to see was another G romance option among the group. With Courser and Chevalier, that is two males, and Al-Jinn is the lone female. I can understand when someone is pressed for time, and trying to do other stuff…but it does show when there is parity (or not). If the person in the spoiler had been included…then not so bad.

Am I the only one who felt like this was a great origin story for the MC?

Maybe it was just the choices I made, but by the end, it felt like the MC had more problems, personal and societal, than when they started out with.

Poor little Jie, starting off such an optimistic sort, is now hardened and jaded, looking to the future with a weary sigh, as if to say ‘everything is on a downhill spiral, and even with all this power, there’s jack all I can do about it.’[/spoiler]

This feels like where any other story would usually begin. Everything is screwed up and getting worse, and the MC has absolutely no idea about what they’re going to do to stop it, and part of them has actually given up entirely. An excellent origin story leading up to the main one. Is there a sequel in the works, because I would absolutely advocate for it. This is an amazing set-up. Well-written, a team that I actually cared about (which is very rarely done), and an interesting world that I feel like I helped shape into its current twisted image, would like to see what happens next to.

Though again, this could just all be based on the choices I made. Am I the only one who ended up with a world driving straight toward the apocalypse, and everyone else got amazing utopias where everyone on the team was healthy and happy and eating ice cream?

Actually I don’t think that since I had only lost one of my team mate the Betrayer , I mean both the Ada and the blueshift is in my team when I end it , and my only problem is that of my ex gf death and i don’t think that it has more to go since in the end it is stated that the conspiracy is broken as one of the top member is dead ie the old hero I forgot the name … And I had also agreed​ to get to the root cause of the conspiracy … So I think what the author mean to say is that it will all end one day …
It is what I felt .And I think both of them will stay if you have good relationship with them … But the chance is quite low

Killing one of the heads may have been a victory, but it doesn’t really fix much. In fact, at this point, you could kill every single member of the conspiracy down to the last janitor, and very little about the current status quo would actually effectively change. If anything, it would just make the whole situation worse.
At this point, it’s more than just a conspiracy. It’s an entire societal structure, the conspiracy itself has become irrelevant. Killing the people at the top would either cause new people to move in, or all of society would descend into absolute chaos. And if the MC decides to hang out and live their own life, then it’s only a matter of time until someone decides to start a revolution or there’s a major catastrophe, then everything will fall apart on its own. Damned if we do, damned if we don’t.

I call that a great setup to a great story.

You think that he is going for a part 2 or something like that to continue the story ,…

It would be great idea really .But there is no indication of another part in book 1 I think ,as no such character is mentioned in part one …

I believe it’s possible to fight for Ada and gain her human rights, but it largely depends on the choices you make in the Tribunal. That is the TRUE final boss of the game since everything you decide to do there directly impacts what happen to your teammates and your future.

@RETowers
It also occurred to me that maybe instead of the “Play For Free” text on the big button at the beginning of the story, to have something super obvious like “Play A Demo” to avoid those “you hit me with a paywall” nonsense comments.

They already don’t read the big warning that it isn’t the full version.

But that’s what I’m saying. On the very first screen, there’s a bunch of relatively smaller text, and two big grey buttons. One says “Buy It Now for $2.99” the other says “Play For Free” – I’m guessing they ignore the small text and just look at the big grey button that says “…Free”

If they aren’t prepared to read in an entirely text based game then that’s on them.