Is there a game were your some kind of Evil Overlord?

I guess you could go the evil route in Swamp Castle.

Choice of the Dragon can be that way to some extent.

I have played through it many times

I’m gonna try it. Thanks

Wait, you mean playing as a powerful villain or the MC from the Overlord series?
If it’s the later I’m not sure how easy it would be to pull that off as a text game while retaining the humor and gimmicks of the series in a way that feels “right”, but I could be proven wrong…

Just a game were your a strong villain trying to rule and stuff. Overlord season 2 is around the corner so I wanted a game to get me into the feeling you know

Swamp castle is no longer in beta it says. Is the game realesed? 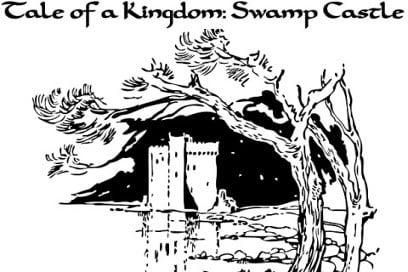 Be the Lord in charge of a small castle. Manage your castle's finances, hire troops, and resolve conflicts to bring order to the realm.

Ah thanks dude. Didn’t see that

Played it yesterday, it was a bit short but I really liked It

I watched the whole of Overlord (“Edgelord” would be a more appropriate title) season one after tons of people compared Log Horizon to it… and did not find it appealing, though I can see why other people would. It feels like a story written by an angry teenager who hasn’t written much of anything before. The concept could make a very interesting CYOA game though. There was a game being written a while back that was seemingly inspired by the completely unrelated video game named Overlord which was pretty interesting but it seems to have disappeared.

I tried. Unfortunately, it was my first try at CoS so…didn’t get far.

Overall light novel is much better than anime.

The anime was ok in general I think (I’d give it 7 maybe?). The first episodes were rather boring and instead of showing his powers or conquering you just saw all his servants and Albedo having a crush on him (which is kinda pointless since he doesn’t have much feelings anymore, and even if she tried to sleep with him he couldn’t really do it with just bones). The later episodes were better but he didn’t have much challenge until the last fight. I think other game based anime were better (like log horizon, no game no life, even the first episodes of sword art online) but it could be a lot more interesting if it was a game and there were other former players like you there that you could ally or fight.

Eh, the final fight felt like he was just pulling stuff out of his ass left and right. It was kinda cool when he cast a crapton of buffs on himself at the beginning of it, but it was really dumb when he started verbally sparring with his loyal minion who’s being mind controlled to attack him as if she’s some sort of major antagonist.

Having other players would completely change the premise though. A big part of the conflict and motivation in the show is dealing with the fact that he and his group of loyal minions are so insanely powerful compared to everything else in the world that about the only thing that even slows him down is the need to maintain cover to avoid drawing attention from something he doesn’t know about that might be more powerful than him, or at least powerful enough to cause a problem. He spends most of the first half of the show being insanely overpowered while impairing himself by pretending to be a completely different class that he doesn’t actually have many skills in.