Nope, gotta wait till the official announcement of the next book.

Spectacular work, as always. The angst and slow burn with A was too good. I’ve set up my MC to be tall and it was amusing to see smaller (but stronger) A getting riled up whenever the MC gets in danger.

Actions scenes were fewer than Book One but the romance route made up for it. It was quite easy to see where the plot was going but it’s fine because the execution was fantastic. Chef’s kiss.

I’ll run some more playthroughs with the other ROs and see where it takes me. Thank you for this release!

Hey! I’ll add my personal opinion as to why I enjoy Wayhaven. I’ve also had a soft spot for the vampire genre. But I always found that the genre was more heterosexual-orientated and made it less likely for me to enjoy it to its potential. The inclusion of same-sex relationships allows me to feel more immersed and adding that we can make our own choices helps it feel less cliche. Plus the writing is really great! I find that making the vampires more modern and mature makes them more interesting.

Hi, I bought it quickly as soon as the game is up. I have finished A and F route, and damn both of their routes is really the polar opposite. no kidding. still need to play N, triangle, and M route later. (definitely gonna save M route for last because he is my fav).

the overall story is more towards the romantic side of things and getting know each other. in the mids of the story, I was thinking there is no way the story going to be packed into book 2 and ended in satisfaction and everyone goes to their marry way. I think if the author made it like that the story is going to be jam-packed and there is no way if there is a way the author gonna do that then applause to the author. but then it ended in the Carnaval, and on to book three. I knew it the author still laying out the groundwork for a future story.

damn @Seraphinite you always know how to make us wanting more… and you just release the book two… there is no way the book three around the corner. what are we gonna do know… sadness…

and the end of the story they say they don’t know if the author gonna continue the story whatnot so the save feature is disabled… “no! my 7 hours or more gameplay!”

But, I hope you enjoy making the story as we reader love your story and your character. thank you for awesome book two! stay safe and healthy!

Is it possible to keep the triangle going on even after I decide to kiss one of them at the end?

I believe this should spoiler tag. I hope you don’t mind me editing this. Please keep in mind tha majority doesn’t read the book yet.

You could highlight the word, sentence or paragraph that contains a spoiler and click the cog button found in the upper right on where we type in our messages. There will be an option to blur spoilers. You have do this every paragraph though but if you want to save time especially if you had a wall of text, in the same button, there’s a hide details to hide multiple paragraphs. 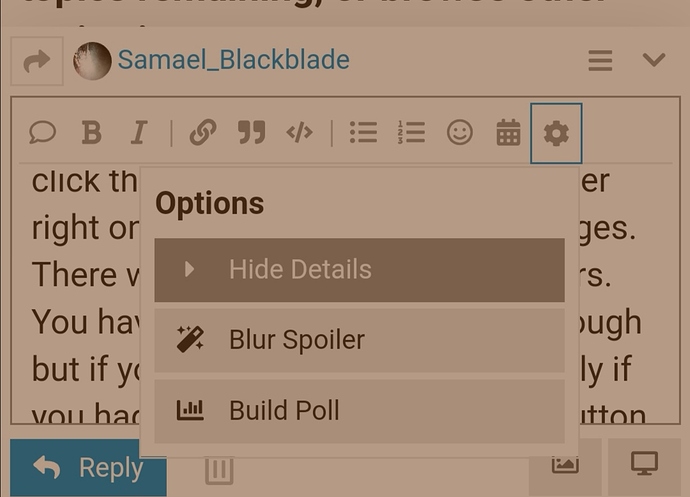 I was under the impression that the LT would be polygamous.. Is that not the cas at all? 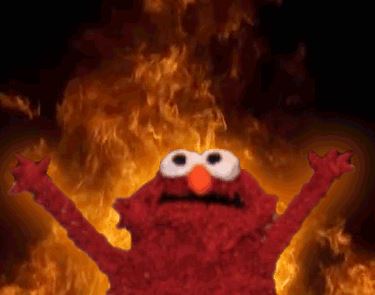 I highly recommend that you look over the Wayhaven Chronicles FAQ here on the forums. It has a lot of answers to questions you may have. For example:

Are there any polyamorous relationships I can enter?

Follow this link for a more detailed explanation from Sera herself.

Finished the first playthrough of Book 2 and am working on my second playthrough with a romance to Ava.

Congratulations on the release! I absolutely loved it Nate’s my favorite but I love the others too!

Me too! I’m a straight female and Douglass creeped me out I was like 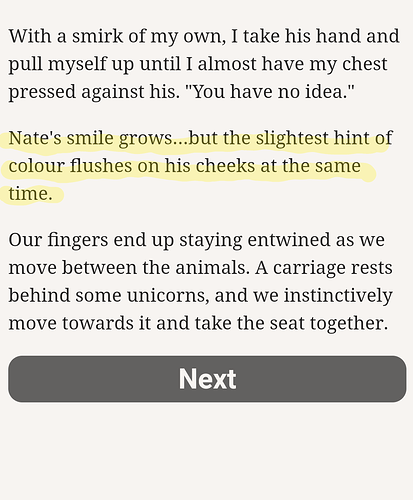 Now that I’ve finally made it I just wanna say wow. I can’t believe how great this story is like really. It still has me smiling like an idiot everytime unit bravo does something swoon worthy. Personally this is the one thing that that makes 2020 worth living

To me a story isn’t just the tropes, it’s the plot and characters. Plus, IMO tropes aren’t bad. There is no such thing as a wholly original story and trying too hard to avoid cliches makes for worse writing.

I enjoy Wayhaven because I like the characters. They aren’t just cardboard cutouts, they seem like fully realized people who have history, separately and together. They all react to the MC differently at first (A is a dick, N wants to bring them into the fold, F is thrilled to meet someone new, and M just doesn’t give a shit) and develop new opinions over the course of the two books so far.

It has action, good characterization, romance, branching paths… it’s just a good story. It’s okay if it isn’t to your taste but calling it unoriginal is rude.

I love this seris so much!!! Everything from characters to the story itself. i just love it

I have a qousten though is anyone else having a problom with relashonships not showing? book 1 and 2 for me has been happining and i havent fixed it. other than that it is worth every cent!

I think that is intentional. Neither book 1 or 2 display relationship statistics, they are kept under wraps.

I think you have to activate “Show Relationship Stats” in stats screen to show it.

Such a bittersweet experience.

I shouldn’t be a fan of Wayhaven Chronicles. Linearity is something I abhor in CYOAs and I have never been into vampires. But it is a testament to Sera’s writing and the brilliant characters that this series is my favorite CoG/HG, closely beating out Dragoon Saga.

But like I said. Reading Wayhaven is a very bittersweet experience. On the one hand, this was such a wonderful read. But on the flip side, just like the last book, the wait for Book Three is excruciating.

I suppose I could try replaying and romancing one of the others. Of course, I love all of UB. Especially best pal Farah. But as far as romance goes, I don’t think any of them will fill the hole left by A.

I guess I should finally get to that painting of Ava and Jason I have been procrastinating on.