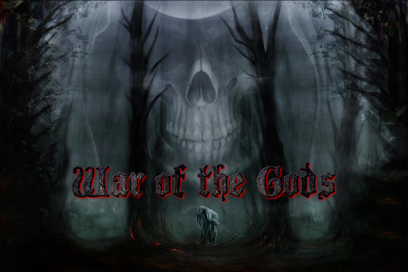 Fight the god of death on your way to godhood! Choose your path with six different characters: warrior, assassin, mage, thief, storm rider, and beastmaster. Destroy the death god’s minions by sword, magic, storms, or beasts. Rise in power to eventually destroy the death god himself. Seize your own path toward godhood.

War of the Gods is a two-part, 255,000-word interactive novel by Barbara Elzey, where your choices control the story. It’s entirely text-based, without graphics or sound effects, and fueled by the vast, unstoppable power of your imagination.

Howdy everyone, we are aware of some issues going on when attempting to purchase and play War of the Gods Vol 2. Jason has already posted some information here so please do reach out to us if you are running into this issue.

Specifically we have received reports of the app not recognizing your purchase, a 403x error, or a java.lang.RuntimeException.

If you have any other questions or concerns please direct them to the linked thread. Thanks y’all!

I’m excited to play this! I’ve been waiting for the second part since I first played it.

FINALLY!!! tomorrow is weekend too so the release is really timely

Oh yeah! The first part is the first story game that I’ve ever played in CoG and I love it. But, it’s too short and I thought that’s it. but now, I am surprised to see this part 2. I can’t wait to play this! Hail! Solarian, the king.

Big fist bomb for you

So guys it is a single app now with both parts 1 and 2?

Finally finished this I really like the Beast master route (

It keeps wanting me to buy it although I have. And it won’t let me keep my place if im switching to another app and going back to my reading it starts me from the beginning