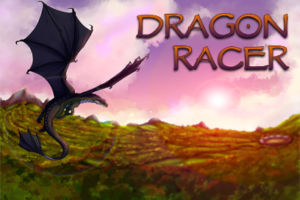 Ever since you were a child, you dreamed of flying amongst other racers with your dragon, and so, when the chance came to become one, you leaped for it. But, things are not always so simple. It’s 25% off until February 7th!

Dragon Racer is a 420,000 word interactive fantasy novel by Tierra Wright, where your choices control the story. It’s entirely text-based—without graphics or sound effects—and fueled by the vast, unstoppable power of your imagination.

Will you show all of those who doubt you that you have what it takes to ride with the greatest dragon racers? Will you form bonds with them, stronger than you ever thought possible, or will you use those around you to simply push your own agenda?

• Play as male, female, or non-binary; gay, straight, or bi.
• Name your dragon, and help shape his personality.
• Train your dragon in three different areas of racing.
• Fly you dragon in many different racing events.
• Learn the truth about your past and uncover the secrets of Abauruth.

Tierra Wright developed this game using ChoiceScript, a simple programming language for writing multiple-choice interactive novels like these. Writing games with ChoiceScript is easy and fun, even for authors with no programming experience. Write your own game and Hosted Games will publish it for you, giving you a share of the revenue your game produces.

Wow That this game is out is a surprise for me !!! I will run to buy it.

I think if you wanted to learn How to Train Your Dragon this looks like the game for you. I hear the movies are good, so I imagine the fans will have fun with this. My first reaction was that if I have a character who demands a giant lizard to ride on, I already have Dinoknights…but determining your dragon’s personality sounds like an advantage over the earlier game.

This has been one of the first wips I’ve read on this site so I’m really excited about being able to play the full game now.

I remember this game! I loved it so much, I chose the black dragon as my companion

There was a “Cartoon-anime” with this name! “Dragon Booster” here they call “Dragon Racer”…
I can’t wait to play it! But I have to!

Seems really good, The picture is fantastic! “I want this Dragon”!

Are there ROs in the game?

There are. I recommend going onto the discussion thread set up by the author to learn more I.e. ask for more info.

I played the demo years ago… So happy to see it wasnt abandoned!!

I love the game is very good.
And a question someone managed to win the first race?

A steam release, nice. The demo was good, so I’ll give it a try.

The ending seems… no ending?
Is there a second series for this s book?

I think a sequel is planned, but I’m not sure.

Three books are confirmed for the series.

I have a question Is there i can do to save allison?