Sorry I didn’t realize someone already pointed this out

I don’t know what’s happening with the art links so here it is:

There are three pictures uploaded:

I don’t see Banner2.png or 1.1.png so it’s showing broken images for those.

If you’re publishing this, just be aware you can’t use quotes that are considered to be still “under copyright” which I think would include this one. They have to be over a certain amount of years old to be “public domain.”

If you’re publishing this, just be aware you can’t use quotes that are considered to be still “under copyright” which I think would include this one. They have to be over a certain amount of years old to be “public domain.”

What about movies and books? Can you name them in a work of fiction or that’s copyright infringement too?

@pimenita You can’t use quotes as it comes under copyright (Similar to taking quotes from lyrics or books without permission). Titles however are more “trademarks” and I think you can use those in order to identify/name something in a story. Here’s some good summaries (I’ve looked it up before.) Using Famous Quotes On Products: When Is It OK? | Emily McDowell Studio

*DISCLAIMER: I am not an intellectual property lawyer (nor any other kind of lawyer) and this post should not be taken as legal advice or permission.* I get ask 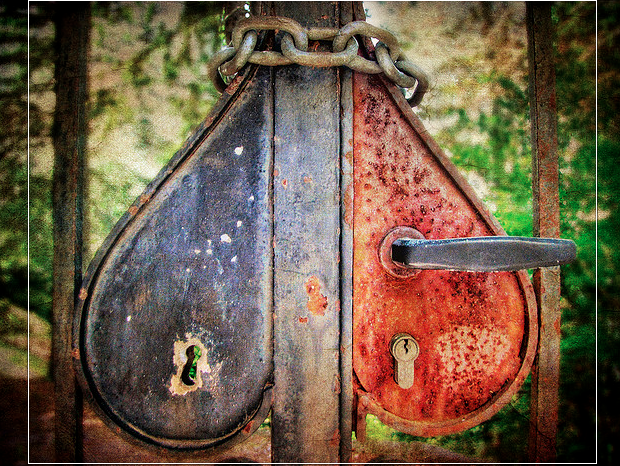 A Writer's Guide to Permissions and Fair Use | Jane Friedman

Permissions is all about seeking permission to quote or excerpt other people's copyrighted work within your own. Here's when you need to seek permissions.

@dashingdon
Huh. Perhaps I should have tried to reupload before I called it broken

@Jacic
Interesting. I’ll leave it in until I plan to publish it, then. Thanks for the heads up!

No probs, have a look around. If you can find an older quote you like to replace it, they’re fine to use

Please try to use spoilers in the future.

Sorry; I didn’t think I’d mentioned anything worth spoilering.

I will try to add more detail pointing to the fact that you are going to die if you follow that path.

I guess adding in a choice like: “You feel your life slipping from you; will you stop being so stubborn?” might work here.

I was also mortified that there was a flirt back option.

I am shocked to find something we agree about.

@Haribospoon: You can edit your posts using the pen symbol at the bottom right of your post.

Due to everybody’s awesomeness, I have been able to quickly resolve major issues with the current product.

I am shocked to find something we agree about.

Hey I have standards! They’re low but they’re there!

I’m glad there’s a save function! Didn’t know there was perma death until the second play through, this is really intersting tho! Love the shout out to monster haha.

I have made some progress today and wanted to share my thoughts on it; warning: major spoilers below.

If this isn’t relevant or contributive, let me know and I’ll just stick with talking about stuff on the actual release days.

Some feed back! Since I’m forgetful, I’ll write it down now

I think you should include some more serious and specific warnings for potential readers. I think they should either get their own page, or have them bolded or something to make them more prominent. I also think you should include “implied incest”,“racist language”, “abusive” rather than “harsh” language and “spousal abuse.” I think specific warnings will help your viewers prepare for your work instead of spoiling it. I mention this because the surprise “flirt back” choice was kind of unexpected and a implied incest warning would have prepared me more for it. Since this work is already rated mature, I don’t really think you are going for the shock/surprise value? I think it’s just be nessasary to include some extra more specific warnings.

The in the beginning character creation choice when doing something spectacular, both speaking and moving choice, afterward you are allowed to establish dominance or estsblish everyone gets basic respect, but it seems discordant especially if you chose to speak haughtily first. It also seems hmm… like it just didn’t quite fit? Even with the concisely choice, the demand for basic respect is too “lawful good” or something.

This leads me to my second observation. Since in this game your goal is to dominate the world or something, it’s got a dark and edgy tone to it, that’s cool if that’s the feel of the game, but it makes it even more obious how you’d stick out like a sore thumb if you try to make “good” choices, especially since the new characters you introduced so far seem, well, don’t inspire the good in humanity sort of people? This just sorta gets me to the first point of you, the machine establishing respect, seems just like it doesn’t sit quite right? Like it doesn’t “fit” the game or something.

I would say deaths, especially dying after you’ve finished character creation would put people off, since repititon is boring but you can do something like tin star? And let people restart at their “death” or checkpoint at the loss of acheivements or points or something.

I think that’s it! Sorry if it’s long and ramblely haha.

[edit] I knew I forgot something, you should add “homophobic language” and “potential misogyny” to your warnings (isint squeaky one fun package) and “fat shaming” or “body shaming” to your list as well

And the other Thing I forgot to include was that the scene about choosing between mother/father fighting, when you choose mom as your favorite, in the first scene she runs out of the room crying but when you choose to sit by her she’s there again? Then runs out of the room again? It could be made more clear in my opinion but I do get the gist of it.

[Edit 2] forgot to add this but I love the flavor text discribing eye colour, I feel like it could be rather intriguing to do the same for hair, bc it makes you want to click through all the choices finding out what it says!

Always crucial, so thank you!

[details=I have collapsed my responses to save space]

I’ll see what I can do. Maybe make a choice that leads off to a page of explicit warnings.

I don’t really think you are going for the shock/surprise value?

Not entirely. I think shock value has its place, but if it is the entire work then what’s the point, you know.

I haven’t been entirely happy with this section, so thank you for pushing me to actually rework it!

I know that you put “good” in quotations, but I think it would be better for them to be in double; Good vs Bad is not a theme in any way of this work. It’s more being an outcast vs fitting in.

I’m trying to understand what you’re saying, but could you please elaborate a bit?

let people restart at their “death” or checkpoint

That is an excellent idea!

Thing I forgot to include was that the scene about

I noticed that after I published, haha. It’s a bug that will be ironed out in the next push, not an actual part of the story.

I love the flavor text discribing eye colour . . . do the same for hair

I was wondering if the bathroom scene was rambling too much, so I decided not to write unique details for the hair. If you think that it would be nice, though, that is definitely something to consider![/details]

I think it’s a good idea to include the major warnings and then the specifics off in a choice to see them or something!

I see! It does make more sense when you talk about fitting in rather than being “good” but I feel like that’s not explicit enough? Or maybe you could word it in a manner where the ulterior motive is made known that you are establishing everyone deserves respect because you want to fit in rather than just for the sake of being good. I think that’s really basically it, if you re-rewrote or reworded the respect choice slightly to include the ulterior motive of wanting to fit in with society It’d fit right in.

The bathroom scene isint rambly at all! I think it’s quite quaint, anything to distinguish games from the generic character creation and customization is really quite nice, integration and immersion is key after all, and bonus points for writing style too. My favorite was grey eyes personally.

Q. How do you feel about the current content? Do some sections drag on for too long, or do I need to flesh some things out?

A. I feel that the story is perfectly paced and feels adequately fleshed out so far.

Q. How is the transition between the ship and the morning of the first day of 8th grade? How are the other transitions?

A. Fine for me, but I imagine that depends on how you imagine it in your head. For me, I’m receiving my mission to blend in among humans from an unknown entity/organization and then I’m flashed forward into my apparently undercover life with my former memories erased. For others I imagine they view it as a dream they were waking up from or something similar. Personally, I thought you were going for vague there and had accomplished it. If that’s not the case then might want to make it more clear exactly how get from that lab to a bedroom.

Q. What do you think of the squeaky one and the deep one? How are Father and Mother?

A. Squeaky one and deep one have an interesting dynamic. It seems to be the methodical ( and semi-mad/immoral ) scientist and the straight man ( seemingly a semi-immoral business man ) so to speak. It seems whatever my actions though, I always get the same result. One of my parents coming on to me. I thought I would get different interactions if I gave my parents different personalities. Like I gave my Dad introverted and conscientious and then had HIM be my favorite as I was going to model my own character off those personality traits and my mom I had open and not indifferent but it didn’t matter. It still gave me the same outcome if I sided with one over the other. Personally, I feel their personality traits should have a larger impact on the interactions in the breakfast scene.

Q. Are any segments of the dialogue clunky? Which dialogue piece is your favorite?

A. Not that I can tell. My favorite piece of dialogue is probably Squeaky commenting on my father not having the curse of being extroverted. xD

Q. Besides finishing the next section, what could I do to make the game more enjoyable?

A. Like I said. Maybe make the personality I chose for the parents have a larger effect on the breakfast scene. More variance there.

Q. Is there something that you are especially looking forward to?

A. Turning myself to shady government officials in order to protect my friends and family.

This topic was automatically closed 21 days after the last reply. New replies are no longer allowed.