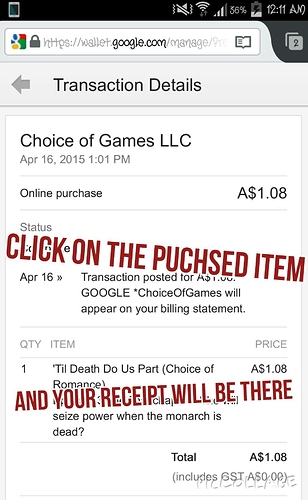 That’s because the $ symbol designates content you have to pay for, in your specific example both ‘startup.txt’ and ‘childhood.txt’ are part of the free trial. Without buying the game you can’t access the rest of the scenes.

It’s to prevent people from using this method to get games they haven’t paid for.

Oh that explains why it worked for me last night on my computer but not today on my mobile phone!!

I do have The Lost Heir purchased, where in the url can I have it recognize my purchase? Because I do believe I am properly logged in to choicegames from my computer and my mobile phone but it doesn’t seem to recognize I have it purchased from my mobile phone?

Fyi, I have it purchased from the website, via “Play Online” as opposed to steam or Chrome apps. (But I do use chrome BROWSER for my computer but not my mobile android phone, idk if that means anything)

@TheKid90 If you own the game you only need to be logged in. Note that the “$” is not part of the scene name, you should just write “sheepguard”.