How good is Waywalker University and should i get it

Hello, I have been debating whether or not i should get Waywalkers. It personally interests me but I can’t make the decision since i still feel hesitant.

How good is it and what are the contents like? It supposedly involves magical abilities but what kinds? How well executed are these abilities with regards to stories and decision making?

This is basically just me asking people to convince me to get it already.

I bought the first game when it first came out. I have played dozens of other ChoiceScript games before and since. And Way Walkers is still one of my all-time favorites.

It’s well-written. There are some great characters. The worldbuilding is some of my favorite in any medium. It’s a satisfying school story as well as a satisfying fantasy story that happens to take place in a school. There’s an entertaining and absorbing mystery that run throughout both games, and will presumably be resolved in the third game, which looks like it’s finally nearing completion. For a long time, fans had worried that the series had been abandoned. But even if it had been, and there would never be answers to some of our questions, I would still recommend the two games we have now, because they’re just that good.

There are five traditional kinds of magical ability in the Way Walkers world, things like mediumship and energy manipulation, and the PC is naturally gifted in all five, so there are quite a variety of magical experiences to be had. There are also twelve distinct paths of spiritual vocation your character can pursue. So there are lots of opportunities for choices that matter in both short-term and far-ranging ways, and many ways your character can develop. There’s also a fair bit of branching. You can play over and over many times and still have very different experiences.

Stop trying to convince yourself and go buy the game already. You won’t regret it.

I can’t remember much of the game, given that it was such a long time ago. The only thing I really do remember, is that I liked it very much. Unfortunately, I am one of those who stopped playing because I too, thought that it was abandoned. It’s refreshing to hear that the third game is near its completion. Guess I will have to start prepping my character for the third game then.

Pros
-It is a well written game with lots of interesting characters.
-Semryu
-Good plot
-Have a continuation

Cons
-While there’s many “ways”, some ways is better than the other and most of the time unimportant than the other. For example you want to make your character follow the way of love(Beleskie) but the way of magic(Rosin) is better in the of perfect gameplay. “Perfect gameplay” cause you will discover more and achieve more with way of Rosin instead of Beleskie which most of the time doesn’t provide anything special or help you with anything.
-Some character are annoying(Jun)
-The continuation taking its time to be complete.
-If you play before waywalker 3 come out, you might be left hanging with a cliffhanger for years to come unless the third game complete soon.

Conclusion/Summary
While it won’t be a waste to play it, you might find it to be a very “flawed” but good game. Flawed because of the status while matter, some is better than the other and some are completely useless to the current story. Good because it does have good plot and storyline.

I be honest and this is my personal opinion, recent cog and hog is not bad but i honestly feels it’s not optimized, so old cog and hog like way walker University is pretty polished game for me

I hope no one gets mad at me, but I for one did not like Waywalker.

This is one of those games that have been around for a while and I always saw it mentioned in one way or another. So I bought the first and second books together on a whim, thinking I was in for a good read.

Unfortunately I couldn’t get past half the first book. The concept is interesting but the prose style didn’t click with me. I think the book has problems with pacing as well, and except one or two characters I found them annoying, specially the little voice in your head, or forgetable.

I guess the only way of knowing is by reading. My suggestion is to read the free first chapters and see if you like it before spending your money on it.

recent cog and hog is not bad but i honestly feels it’s not optimized, so old cog and hog like way walker University is pretty polished game for me

Yay im not the only one to think so!!
Also i agree with @cup_half_empty i like the story, the art is also nice, but some prose kinda too heavy mouthful for my birb brain sometimes, it feels like i face a wall of text and i need to re-read it over until my brain catch it… im staying with the wall of long prose for Semryu (◍•ᴗ•◍)

read the free first chapters and see if you like it before spending your money on it.

This is me while i read the book 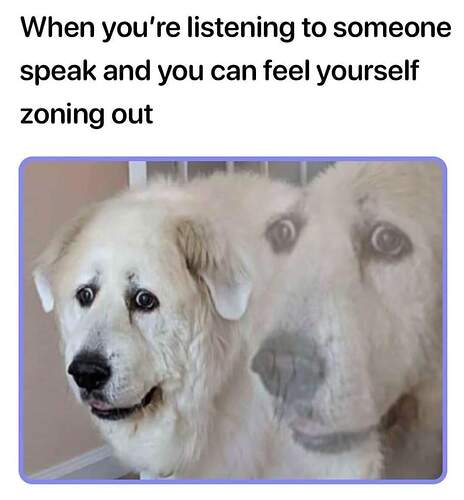 Tbh I found Way Walkers to be a mixed bag. It depends on what sort of fantasy fiction you gravitate more towards - if you prefer the snappy, fanfiction-y YA style of fantasy you’re very unlikely to enjoy it. If you like long lore-dumps like in LOTR, well, you’re in a better position to enjoy Way Walkers, but where LOTR makes the lore and concepts easy to swallow by “translating” them into garden variety english, WW definitely missed that part. It’s more akin to the ambitious and moderately successful fantasy paperbacks of the 70s, ones that throw a whole bunch of fantastical words and concepts at you and leave you sort of floundering as you learn its new language.

Personally, it wasn’t for me. I like when a world exists to support a story I really enjoy, rather than a story I’m not wowed by being propped up by a hyperdeveloped world; the work I put into learning new things wasn’t met with enough of a reward for it to be satisfying. Read the first few chapters for free and if it hooks you, go for it, but if it doesn’t then there’s plenty of other “magic school” choice games to choose from. It’s a pretty saturated genre.

I also found it to be a mixed bag.
While I enjoyed the story and some characters very much. The cast is very small and you still have to decide pretty early on, with which character you want to build a relationship.
Also if I remember correctly (like it was mentioned) the path you take could be just flavor and not help you in any way

For me it was a nice game but far from a favourite. I would advise you to try the demo and go from there