Gladiator: Road to the Colosseum (Out Now!) 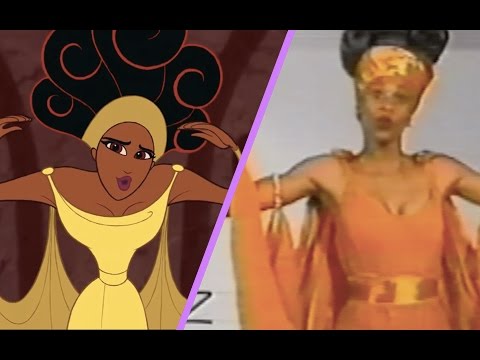 Sorry, what is an RO?

(I can get this one)
RO = Romance Option

Sound good hope there a good story to it

@Carlos.R
Ahh I see. Are there limits with regard to expletives or explicit scenes?

@Harley_Robin_Evans
Thank you I will try my best!

@bianca_065
Yeah I completely agree with you on @Josetrayamar’s ideas! I have played around with both the random and choice character creation and I think both works pretty well.

I’m actually really liking the sound of a random player generator, although it would be nice to pick the gender and how the mc feels about their past. I’m also curious about if there are multiple ‘masters’ and households the mc could end up with?

Thank you for the feedback! As of now, I am keeping the MC single gendered, and then build up the back story (or randomise the backstory) depending on the preference of the player. Mostly due to the fact that I can’t get substantial information on female gladiators

That’s a cool thought. It will be exciting if the MC could end up with various ludi which could have various perks/ effects on the MC. Thanks for the idea, I’ll definitely play around with it!

A gladiator is something in the mix of a slave fighter, and a “work for the daring”, so you could do two things. One would be to simply put consider women equal to men, so you just have to put ifs or whatever it is that does it, to change the he and she in game, related to the player sex.

The other would be more close to the real thing, I guess, that would be placing the woman in lower status than the man, since that has been the main idea since long, long ago, especially for positions in power. You can name lots of emperors for sure, but what about empresses? You can name lots of famous leaders and soldiers, but what about female ones?

If you want my advice, play to the equality. Much more simple to write the story, and more time to focus in its quality, instead of doing one per sex, plus the changes the choices adds.

If you want to mix a bit, I think in Choice of Romance did this, where if you are a man, you rule and decide, and if you were a woman, you had it harder, but once married, you could influence your husband to rule in his shadow.

Plus, no one will likely speak bad of a female gladiator in her hearing range, unless its a person the gladiator wont be able to harm, in which case, he or she surely would have nasty comments about a male gladiator too. We like some reality in the stories we read, but we KNOW you didnt lived there, no need to split your head thinkin about every small detail. If you cant find info about something, guess. Or see how others authors tackled problems similar to yours.

There were some, I think. Relatively rare, but they would have their own matches against female combatants.

You might also be interested in Gillian Bradshaw’s Render unto Caesar. It’s only a novel, but the author’s a classical scholar who did her homework re: gladiatrixes.

@Josetrayamar
Of course, gender discrimination was strife in the ancient realm. Hence a gender equal or neutral manner would be interesting. Perhaps for the initial stages, gender would only affect the wording of options or text using if else gender qualifiers.

Beyond that, I will see if I can weave in a more gender specific story.

Thanks for the advice so far! Its been really helpful

@anon49824592
Very interesting! Great link with a ton of information. Still working on the introduction, so I will try to include gender and see how it goes with the Alpha! Thanks again

@nauhziy Just might be me being picky, believe me, it happens a lot, but in case you want to use both respect and disrespect to sex, it would make more sense (again, to me) first disrespect, and then respect. Earned in the arena, proven by blood and sweat. Of course, from a slave point of view. If the player is a “Gladiator” or a “Spartacus” then I think it would be respected between his/her men and or Rome, to disrespect if he is sent to the arena, and then respect again, when proven. I know, Im a thorn in the paw xD

@Josetrayamar
Yes I was just thinking that as well! Respect in your early game backstory would be unlikely to carry over to roman soil. So for now my idea is to have 2 seperate renown variables, one for the native and one when in rome. So perhaps if you were of a noble background in your homeland, while the romans could care less about you, slaves from the same nation might recognise you in Rome.

Another idea that I might want to play with is to incorporate some idea of the social interactions between the slaves/gladiators. Even given their lack of status in the roman social hierarchy, I would assume that they were likely to form their own cliques as defined by racial/ language or religious lines.

If it does carry, or if you are roman and end up in the arena, one bar should do, right? Im thinking, kinda like Castlevania games. You start with all your equipment, ready to take on Dracula, then Death appears and steals it all, leaving you without any xD

So kinda like “Oh, its Nauhziy! Commander of the Lion Legion! I heard he once faced ten enemy soldiers with just a wooden sword! Yeah, I heard even the gods fear his anger!” and then after X even happens and you end in the arena it would start with “Take care of the tigers, seems like they just have trash to eat today! Hahahaha! Slave! Salute the emperor! (hit in the back), Booo! Traitor! Assasin! (people throwing rests of the food they are eating…)” Except maybe some love interest, that could (evil mind on) be harshly punished for talking with a slave xD

About the cliques, it could be like all things: “Look, see the big one? That is Brutus Maximus, the current champion. The owner wins a lot of money with him, so he gets special favors. He and his lackeys ask for a monthly tribute from every gladiator, so I suggest you save your money”. And there could be the newbies, fresh meat in the pit, or the sly one, plotting to cheat using poisons or something, and the friendly guy that helps you get your c**p together… xD

@Josetrayamar
Ah I was thinking otherwise actually! For example, if you were born a Greek, you would spend your early life building up your reputation in your hometown/homeland and if you were of a noble lineage or from an influential family, it is likely that other Greeks would recognise you. (So I assume a Greek fame/renown bar)

However, if you were to be sent to Rome as a slave, Romans wouldn’t care about your history and would likely just treat you like any other slave. Hence, your fame/renown in Rome would be zero. And you would have to start over through feats in the arena or public space. But in the Ludus, if there were other Greek gladiators, they would likely be able to recognise you or have heard of you before if your Greek fame/renown was high enough.

What do you think about this?

@Josetrayamar
Wrt the cliques, that’s exactly what I’m going to try to go for, where you will have to choose your friends and enemies. This could also be where the background comes in, with people of the same race/language often grouping together.

Hmn… so you can do like the relationship bars in other games, but kinda like a Respect: (or Fame:) category, that could go like
Romans: X%
Greeks: X%
Persians: X%
etc… each having a small bar of their own, like the ones used to keep track of the relationship with people. Maybe in a collapsible tab to keep it from taking the whole stats screen xD

Forgot about it before, but people with low standing would have trouble or wouldnt be able to understand people who spoke other languages besides their own, since they wouldnt have studies probably, unlike a noble for example, that maybe can speak latin and greek

I would actually love to see this idea come to fruition, however I probably wouldn’t play it if I couldn’t actually be me and was forced to be a random character.

@Josetrayamar
Yup! That would be a good idea. I’m still trying it out, but I have an issue with the stats screen haha I’m still trying to figure out how to make everything compact yet informative. Do you happen to know any code snippets I could take a look at?

And yes! I would love to weave race/language into an important part of the story because it would make each play through unique, and also cause it would be such great immersion. Your suggestions have been amazing so far. Thank you!!

@tbolinger76
ahh yes I’m about done with my character creation segment and I have given the player a choice to either go for the realistic route (don’t get to choose who you are born as) or the freedom of choice route (where you can customize your character). So ultimately, the player gets to choose!