From Hosted Games "The Lost Heir" Has The Legacy Advantage

Hosted Games has something new for you! 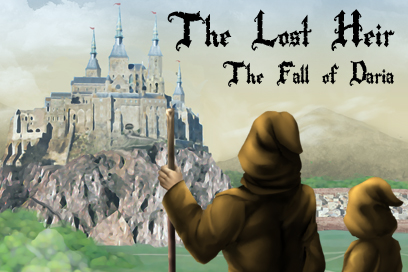 Have you played through the entire Lost Heir Series? Do you want a new way to approach challenges? Or do you want new challenges all together? And just who is the stranger helping you along your quest?

With “The Legacy Advantage,” new bonuses and new challenges will appear along the entire Lost Heir Series.

I find it kinda funny that I managed to get the monster ending when I did my first legacy adventage playtrough.

It’s great but I have a major complaint- the Wizard can’t be a gnome! So much for hoping that would be helpful in recruiting the gnomes in book 2 somehow! Oh well something for the updated version. Off to find the bug thread.

I think the only adventage the Wizard gives while recruiting is that you get extra points with Archmage Cumari making it easier to get the mages to join your army.

So I have the full version of The Lost Heir on google chrome but I don’t see Legacy Advantage on it so does that mean it doesn’t work on it?

So how do i activate it

Dude, to recruit the gnomes you just have to not kill their leader(turn around a talk) and pass some stat check or you can just take Jess/Jace

Yeah I know how to recruit the gnomes thx. It was just disappointing that my gnome Life of a Wizard characters could not participate in this game.

Played this a lot. I hope I won’t get another monster ending in Legacy Advantage.