Coming soon! "Vampire: The Masquerade—Sins of the Sires"

In partnership with World of Darkness and Paradox Interactive, Choice of Games is proud to announce the fourth in its collection of games based on “Vampire: The Masquerade” and set in the World of Darkness shared story universe!

Vampire: The Masquerade - Sins of the Sires by Natalia Theodoridou will be released in Spring 2022. 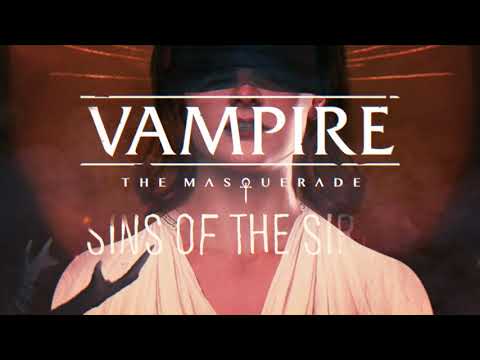 In this elegy of blood, Athens is burning!

Vampire: The Masquerade — Sins of the Sires is an interactive novel by Natalia Theodoridou. It’s entirely text-based, 300,000 words, without graphics or sound effects, and fueled by the vast, unstoppable power of your imagination.

Athens, Greece: a city with an ancient past now thrust into the modern age. A city torn between the Camarilla establishment and the Anarchs, where everyone owes your boss a favor, and that makes you an untouchable vampire in this nocturnal society where you and your fellow Kindred must conceal yourselves from mortal eyes–the Masquerade of the Kindred.

Rumors spread of an ancient vampire, Aristovoros, intent on bringing about a new world for the Kindred, an end to the Masquerade. Why hide from mortals when you can reign over them as gods?

Who will you use, who will you help, and who will you prey on? Will you topple the old Prince Peisistratos? Will you betray your boss when your lost sire returns? What miseries will you inflict to fight for a fairer, more humane world?

• Become Clan Tremere, Ventrue, Malkavian, Banu Haqim, or thin-blooded.
• Play as a man, a woman, or a non-binary person, femme, masc, or androgynous, and as gay, straight, bisexual, queer, or ace.
• Outlast a dark tale of corruption, power hunger, betrayal, and yearning for what you once were.
• Rise within the ranks of the Camarilla, stand with the Anarchs, or forge your own lonely way ahead.
• Unmask your true sire. Is it the Prince Peisistratos? One of the city’s Primogen? Is it Aristovoros himself?

Which part will you play in this game of masks?

Natalia Theodoridou has published over a hundred short stories, most of them dark and queer, in magazines such as Clarkesworld, Strange Horizons, Uncanny, Beneath Ceaseless Skies, Nightmare, and F&SF, among others. He won the 2018 World Fantasy Award for Short Fiction and was a finalist for the Nebula Award for Game Writing with his first Choice of Games project, Rent-a-Vice. Natalia holds a PhD in Media from the School of Oriental and African Studies, University of London, and is a Clarion West graduate. Originally from Greece, with roots in Russia, Georgia, and Turkey, he now splits his time between his hometown and the UK.

The Paradox Interactive group includes development, publishing, and licensing of games and brands, consisting of a portfolio of more than 100 titles created both internally and by independent studios. Paradox owns an array of award-winning and top-selling brands including Cities: Skylines, Stellaris, Crusader Kings, Age of Wonders, and many more games available on PC and console platforms. Paradox is the owner of the World of Darkness IPs.

From the company’s start in 2004, Paradox has published its games worldwide, with top markets including the USA, UK, China, Germany, France, and Russia. Today, over four million gamers play a Paradox game each month with a global community reaching over ten million registered Paradox users.

About World of Darkness

World of Darkness is a transmedia entertainment brand encompassing a number of modern fantasy horror franchises, including Vampire: The Masquerade, Werewolf: The Apocalypse, and more. Through tabletop roleplaying games, video games, board games, literature, comic books, and more, these franchises tell mature stories in a dark supernatural fantasy layered over our modern world. Since 1991, World of Darkness has defined monster-perspective entertainment for a generation of fans. For more information visit www.worldofdarkness.com.

I’m so excited for this - and it seems to have come out of nowhere!

I love VTM, I love Athens, and “Prince Peisistratos” suggests lots of classical allusions are incoming, which I approve of! This is excellent news.

Peisistratos is actually canon, from the old 2nd ed “World of Darkness” book, I believe.

Oh cool! I have some exposure to the tabletop, but I’m not sure I ever went quite as far back as 2nd Edition!

So God does exist

literally so ready to go ahead read it already

Oh heck yeah! I love the games that have come from the WoD collaboration, it helps to fill the void that is VtMB2.

Was NOT expecting another one. This is great news!

I’m so stoked to see a new one, all the CoG titles for VtM were a blast. Also I’m delighted to see new parts of the world explored and very interested in the clan spread, it looks quite original.

“Rumors spread of an ancient vampire, Aristovoros, intent on bringing about a new world for the Kindred, an end to the Masquerade. Why hide from mortals when you can reign over them as gods?”

Agreed, I am siding with Aristovoros. He has my support

Damn this was a lovely surprise to see in my inbox! Totally down for more VtM titles! Also…clan Malkavian…h-hi…

I love the gradually MC status upgrade throughout these books, from we’ve slowly progressed from pleb neonate pawn to literally untouchable lol 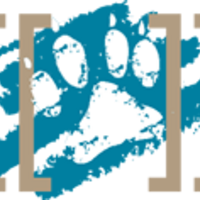 Peisistratos was the Malkavian prince of Athens during the Victorian Ages. Well-versed in theology and philosophy, Peisistratos was the fitting example of an ancient greek, although no one knew if this was just a derangement or if he was really that...

Peisistratos was the Malkavian prince of Athens during the Victorian Ages. Well-versed in theology and philosophy, Peisistratos was the fitting example of an ancient greek, although no one knew if this was just a derangement or if he was really that ancient. He was very adamant in his refusal to accept women, even going so far as not granting audiences to them regardless of age or title, forcing them to transmit their desires over male ghouls or childer. Nonetheless, he allowed Kindred of many Clans within his domain, even inviting an enclave of Giovanni into his city.

Ooh this is a news to be excited over…

I know they all stand alone, but where does this one fit in chronologically with the other three?

aaaaaah very excited for this! i loved rent a vice and i loved an odyssey: echoes of war so this is definitely something to look forward to! super stoked that there’s another vtm game coming - can’t wait to play this!

I’m glad there will be a thin-blood Mc option.