Nah but for real I think that is our default name and the author forgot to remove it . After all it say that kratos is the only god that can destroy and according to the beginning only the balancer (the MC) is able to do that

Watch it be the supreme being…

…yeah I believe so…

Did We just pop up out no where? Or where we created alongside the first god as her direct opposite?

How about making us a god of the absence of existence? Like :

“Beyond all creation lies the void, the nonexistent. From deep within the void arrives [MC’S GOD-NAME]”

It justifies the MC’s inability to create, since they’re not an aspect of creation (like all the other gods are), rather, they’re the absence of it. It also makes them even more ancient than Apseudes if you choose to take inspiration from the big bang for the creation myth, since technically there’s only nothingness before the big bang.

Primordial god(s):
Apseudes (Chloe)
MC (?)( creation not clear but because he is the god of destruction he will be here)

Are the maids humans or of other race? can we choose which race? or maybe they are goblins, since that race has our mark of creation on them?

Are the maids humans or of other race?

By the way we reacted (no reaction at all) I will say they are humans.

Loved the demo. I do think we could be included somehow in the introduction. I mean every god was being presented by playing hide and seek and i was like, “what was i doing during this” . At least dedicate one line to the brooding god in the corner.

What a fascinating start! I’m very interested in playing as what is basically this universe’s version of Hades. Being a god(ess) of destruction is going to be both fun and heartbreaking. I’m also very curious as to what the others have been up to in the ten years since their disappearances into this world. It seems like Chloe’s elves already reign supreme (although, sounds like they also did some Bad Stuff™ to get there). Hm… I wonder what.

You had me at “Jonathan Young”

Deliver us ?? Consider me sold to this.

He IS the kindest God. I mean, he’s just chilling in the underworld with his only wife, Persephone. He’s the only God who is in a monogamous relationship. Plus, he’s only done one wrong thing (as far as I know, correct me if I’m wrong).

Hephaestus was loyal to his wife too if I’m not mistaken, his wife though…

I think there are other loyal gods too but they are very few, but yeah Hades was a good god, always had a soft spot for love that Hades.

Wasn’t Hephaestus rejected by his mother because he was ugly? Why are all the good guys on Olympus so underrated smh. Hades only got a bad reputation because he’s the king of the underworld.

Then we have… Zeus 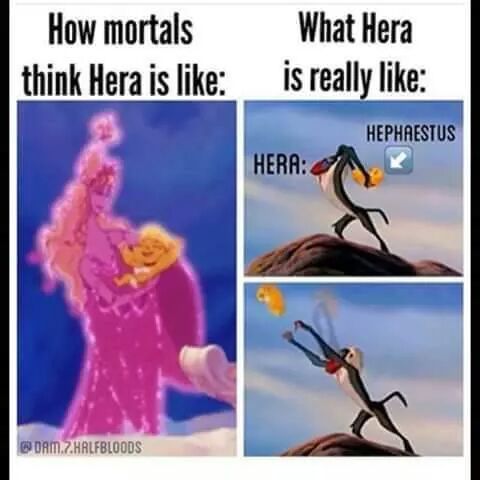 The funny thing is that in that movie Hera loves Heracles as her son, yeah, no.

Why are all the good guys on Olympus so underrated smh. Hades only got a bad reputation because he’s the king of the underworld.

Who’s Kratos? I’m quite sure none of the other six member of the club chose that name.

That is just a placeholder, I was meant to delete all of them. I will edit it once I get back to res.

Shouldn’t it be Humans instead of elves? (The last part).

At first I chose elves, then decided to go for humans. Thanks for spotting the mistake.

Can I be the antagonist to the other gods?

Yes you can. But you must realise that six against one are bad odds.

Did We just pop up out no where? Or where we created alongside the first god as her direct opposite?(as they create and the mc can only destroy )

I actually thought no one will realise the fact that I did not mention the MC’s god in the creation stories. I have a question. If you were a theologian in this world and you realised that the holy scripture forgot to mention how one of the gods came to be, how would you reconcile this?