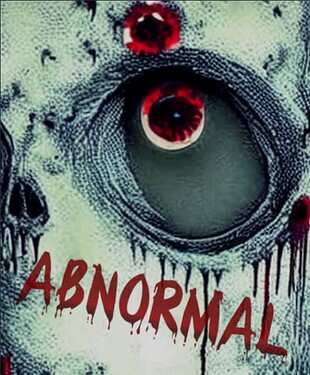 Abnormal.PNG531×641 51.3 KB
Who Will You Become?
Welcome to Abnormal, an Interactive Zombie War simulator!

This is my first attempt at a ChoiceScript game, and I’m pretty nervous about sharing.

I’m not use to showing others what I write, so this is a big step for me!
Since this is my first game, I have been learning as I go. I appreciate any constructive criticisms and just overall feedback.

Just a heads up. It’s very far from being finished, but I will try to have updates weekly. Certain paths as of now have more written, or futher along in the story.

You can check out the game here:
https://dashingdon.com/play/not-kayj/abnormal/mygame/

And my Tumblr here

Well, I’ve read through the story. It’s interesting enough (and I happen to like zombies), and I can see what you mean by one path being more developed than the other. I started with Alice, and it cut off rather abruptly. Denzel goes on a lot further.

The only thing that threw me out of the reading was Daniel and Joseph.

For a story in a world with zombies, where some are getting more intelligent, their general behavior doesn’t make sense, especially for people serving as the first line of defense to a settlement. They read like bored high schooler boys who don’t think zombies are a threat (fifty years after the fact). Not the sort of people who let others would let become Protectors, who are supposed to be defenders, in a world where death is a very real thing that can happen any moment you step beyond the safety of the community.

One other thing – it might be a good idea to offer a small list of first and last names for Readers/Players to choose from as well as some community names. That took the longest. I speak for myself only here, but I do prefer having something to choose from because I have a hard time thinking of a name for my characters (I don’t self-insert). Thinking of a name outside of my own town’s name is also a bit harder for me (and I’d rather not read about zombie-infested Salem that is, actually, a farming town – so, yeah, that was eerily accurate.

Also, if there’s any other feedback you’d like me to provide, I’ll be happy to. This seems promising.

Also, welcome to the community.

Thanks for the feedback! I can see how Daniel and Joseph come off the way. I was wanting it to come off, as if they really don’t know what’s out there. They are new sheltered recruits playing Protectors.

Things have relaxed, many years have passed and people don’t see the threat anymore. They are in their happy little bubble, where all is well. With there only being one major attack, due to a door being left open. Which I plan to expand on. Maybe 50 years into the future, is to short…

They see Zombies more as a nuisance now. Which is why the Council doesn’t take Rower seriously when he tells them that the Zombies are changing, and they need more supplies.

In the meeting scene I was going to address how only the veterans take it seriously and all they have is a bunch of children.

I should explain it better at the beginning, I just wanted them to grow into “True Protectors.”

Also I agree, it can be hard coming up with names. So I’ll start looking into that as well.

Maybe 50 years into the future, is to short…

If that’s the route you’re planning, I’d say 50 years is far too short. For a virus that doesn’t reanimate the dead, 50 would be fine. Humans are good at dealing with normal viruses and diseases, but something that has the dead getting up and moving around? That’s a doctor’s worst nightmare, even more so because we’ve seen it in animals from fungal spores that hijack an insect’s brain.

Since the mutations in the zombies are something that’s only started to happen after a long time of them being one way, the change would be jarring. And smart zombies are fun. Higher brain functions would be nightmare fuel with something that doesn’t die after shooting it a dozen times in the chest.

The Meeting Scene will be interesting.

Regarding names, in my project, there are fifteen names to choose from (5 male, 5 female, and 5 neutral). In stories, I will, more often than not, always use a name the author’s provided because it’s easier than thinking up one that isn’t my name or nickname. If I have to think of my own, I’ll end up getting online and looking up names until I find one I like enough to borrow.

unfortunatly dont have time at moment to give it a run through lol but will some time realtivoy soon and will try to give my thoughts.

I at first had it at 100 years, but I went to 50. I thought it would be nice to have some people talk about the “good ole days.” But, I agree it makes more sense that the residents never faced the horrors that people faced in the beginning and instead was born in stable cities. I’ll go back to my first idea.

I worded the beginning a little differently, so hopfully that makes more sense.

Yeah, as for the names, I’ll start thinking of a few.

No worries, I’m pretty weird myself.

I thought it would be nice to have some people talk about the “good ole days.”

This is a suggestion only, but one that could work is some of the old folks that didn’t die could talk about the old days. They would have been young enough to know how things were in the beginning and would have been told about what the world was like before the zombies by their family. While some might not have been born during the “Old World,” they would have more knowledge of it than the MC and the younger generations who never saw it.

When I was kid, the old lady next door lived until she was 103. So it’s possible.

Is there something abnormal about our character or no

No, just the Zombies!

People begin to notice that some Zombies aren’t acting right, they are evolving. So they have begin calling them “Abnormals”

For some reason it won’t let me edit my orginal post. I was just wanting to add a little more insight to the game.

Zombies are now evolving, becoming smarter, stronger and faster. And what do these new Zombies want? To end humanity.
-Build up the Protectors
-Gather resources and food to build up your army.
-Make alliances with other communities.
-Save or let people die.
-Create new friendships, and maybe even find love!

For some reason it won’t let me edit my orginal post. I was just wanting to add a little more insight to the game.

Someone mentioned to me that you were unable to edit your original post.

The forum has a known bug that prevents editing when your user level is below “regular”.

To get around this bug, I turned your original post into a forum wiki post. This should allow you to edit your post as you see fit, going forward.

Any questions or concerns, you can dm me, or ask for help from the other moderators on the team.

Good luck with your story!
.

Thanks, I appreciate it!

I added…
-A list of pre-made first, last, and community names.
-Background and list of characters, will be in the Stats scene.
-Another scene after the Denzel/Lonzo timed cut scene.

I just created a Tumblr. This is where I will post smaller updates, and ideas. I’m also wanting to, when I have spare time, write short stories about the other characters.

Check it out here.

Thanks, will get that fixed! BTW, happy birthday!

I LOVE any supernatural choose-your-own-adventure story, so this is right up my alley! Throw in some angst, romance, and action and consider me hooked, lined, and sunk! So far, I am enjoying the little bit of story we’ve been provided. I’m curious to see how Alice’s and Denzel’s paths will differ from each other. From my perspective I think you did a good job of showing how slack the community has become over the zombies, especially with the walls and protectors there to cover them. But even some of the protectors seem overzealous/confident (like Gemma) or uninterested/lazy (Daniel), so you can see how the younger and newer protectors are acting in their roles. I also like that while you are giving us an introduction/background in the beginning, we’re already getting some drama and action right away as well. I cannot wait to see how this story develops!

So I’m lost about what June is talking about us being like our dad when I got Danny and Lonzo back alive I may have missed something about his past.