Hello, everyone.
My game just came out recently and I was recommended to make a post about it for anyone who wants to discuss it or ask any questions.

Unhappy with your life? Then see if the grass is truly greener on the other side…of the world! Will you work hard and be the best English teacher you can be? Or, will you mess about and become the bane of the Teach English to Speakers of Other Languages world?

A Sensei’s Story is a 240,000 word interactive novel by Dom Fella, where your choices control the story. It’s entirely text-based—without graphics or sound effects—and fueled by the vast, unstoppable power of your imagination.

Find out if you have what it takes to teach English in a foreign land, as you live, laugh, and love each day in Japan! 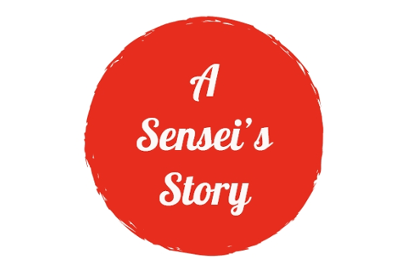 See if you have what it takes to make it as a English teacher in a foreign land, as you live, laugh, and love each day in Japan.

Oooooh a story about living in japan as a foreigner? Sounds fun!

I just bought the game and boy does it have me laughing already!

I got a good chuckle from

the “don’t worry if you don’t have a degree, we can arrange a marriage with a NEET, lmao! And the TEGR disclaimer on not being liable for mental breakdowns due to poltergeist-possessed apartments

the whole game’s a barrel of laughs man, you’re great at comedy. loved it!

@NoBody Thank you very much! Hopefully you find the rest of the game just as enjoyable.

@snas Thanks a lot! You’re far too kind. But it makes me very happy to hear that you liked it.

How come I haven’t heard about this!?
Sits on a couch then starts to downlaod it

I’ve bought the game and had a great time. In fact I’m going to replay it right now. It’s really funny, I really enjoyed the sense of humour. Congrats for the game!!

It’s hilarious, definitely my cup of tea, wished it was longer ><!

Oh wow, I must admit, without reading the comments here, I would have totally missed this Game. The Premise and the title were not that catching for me. But Boy eben the First few pages are glorious. I definitely like the Humor, I love being able to be an adult.

Bought just to see what it’s like and had a great time playing through it all. I saw myself inside those 80’s comedy animes that I like so much. I imagined my character like the protagonist of Golden Boy.

@HectorPX quite a few HGs have a habit of seemingly springing out of nowhere. Plus I’m not very active on this forum

@Freja thank you so much for the support! I’m really happy that you enjoyed it.

@Hamps glad to hear it! Sorry it didn’t last for longer.

@Nexus thanks very much for supporting it! Wow, haven’t seen Golden Boy in years. Great anime. I wish they made more of them.

You’re welcome, is an easy game to enjoy, I wish it was longer.
I did not know if the game had already come out so, opening a post has been a good idea.
Do you plan to make more games?
And most importantly, is there any way that Mr. Philip MacCavity stop to throwing up like the exorcist’s girl?

I would like to make another game on choicescript in the future, probably historical or fantasy.
But the next project I’m working on is a visual novel that I hope to publish on Steam. It’s still in the early stages though.

As for Philip, I’m sorry to say that not even the infinity gauntlet could stop him from puking all over the place!

I saw this game on the HG omnibus and bought it because it sounded fun. I liked it a lot, and wished that it was longer! I also really liked most of the characters in the game–Chiharu is such a sweetheart and even though it’s probably necessary for all the achievements, I don’t really have the heart to set her up for failure.

Thank you very much for supporting it! Sorry that it didn’t last for longer.

Don’t worry, there isn’t a achievement for having her fail…just a gnawing sense of guilt in your gut

I just added a summary of the achievements at the top of this page, includes spoilers.

‘We here at TEGR International reserve the right to refuse employment opportunities to any and all persons of advanced age regardless of ethnicity, religion or orange skin pigmentation.’

I just finished a playthrough with the “We were on a break”, “Genki ja arimasen”, “(Elderly) man with no name”, “You’re a wizard!” and “Who are you again?” achievements. Getting the first two (especially the second one) were a surprising kick in the teeth

The fifth is kinda sad when I think about it.

Although the third one made me crack up.