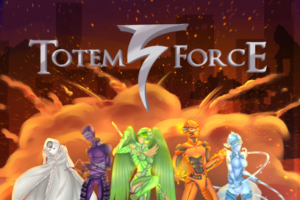 Battle giant robots, mad gods, and…awkward teen romance? You were just an ordinary high-school student—up until you rescued a mysterious being from the army, and were granted amazing powers! Now you must put on your colored costume, make sure to finish your homework, and prepare for the fight of your life! It’s 40% off until April 11th!

Totem Force is a lighthearted 260,000 word interactive anime-inspired novel by Tom Rayner, where your choices control the story. It’s entirely text-based—without graphics or sound effects—and fueled by the vast, unstoppable power of your imagination.

• Play as male, female, or non-binary; gay, straight, bisexual, or asexual.
• Romance your jerk rival, the mysterious blonde, your childhood best friend, and many others.
• Solve your problems with friendship, or use your own intellect and willpower.
• Defend the city from monster attacks!

It’s time for you to become the Heir to the Heavens!

Tom Rayner developed this game using ChoiceScript, a simple programming language for writing multiple-choice interactive novels like these. Writing games with ChoiceScript is easy and fun, even for authors with no programming experience. Write your own game and Hosted Games will publish it for you, giving you a share of the revenue your game produces. 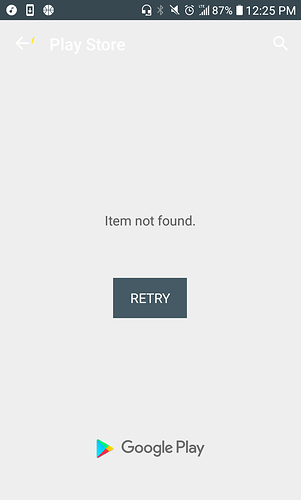 Dang they got me.

Sometimes it takes a while for other platforms to show the game. We just need patience.

If you’re on Android, get it through the amazon app store. It worked for me.

I still have to play the demo bit you had me at “Romance your jerk rival.”

This one is really good so far! ( Possible spoiler ahead)

Can someone tell me the stats I need to win the tournament tho?

I had 58 power of mind and 44 power of friendship then I formulated a plan against Akira and when it came to the Heir I used the option “outthink him” then I kept him talking and he walked out the ring on his own. I think if you have at least 58 friendship, you don’t have to plan and you can just choose the option to talk to them. Then they’ll just forfeit and walk out the ring on their own. I had high willpower, about 66 but I’m pretty sure 58 and above is fine, but when resisting the heir you also have to choose another option (outthink him or talk to him) so you need to increase either your friendship stat or your mind stat as well. My power of mind was at 38 for the playthrough where my will was the highest, so you’ll most likely have to bring either secondary stat to at least 40, but I would aim slightly higher (maybe 44?) just to be on the safe side.

I got it! So the dialogue you choose really matters…Thanks! The secondary stat seems to be at 40 btw.

Im so happy for the game and the writer, this was one of my first W.I.P’s on the forum. Sadly i cant find the game on the playstore right now. But im checking all the time. Congrats for everyone in this.

You’re welcome. I wasn’t sure exactly how high the secondary stat had to be, but I figured it had to be higher than 38 since you fail if it’s that low but pass with at least 44 (that’s what I had when I won) but I’m happy to know it helped.

Does anyone know why isn’t out in play store yet? Usually it’s alway the first place to release the games.

Go on the Amazon app store it’s there, it works for android.

You have to download an Amazon app for that if I remember correctly. I suppose I have to wait for Google Play to have this available.

Amazon store is out of the question for me. I guess I’ll just wait for Google play release.

For those who were waiting, the game is now available on Google Play Store.