About twenty millennia ago, wolves and humans forged a tentative relationship in which the canids would assist their Homo sapien partners during hunting, and they in turn would provide shelter.

Fast forward twenty-thousand years, and the offspring of the ancestral wolves that fraternized with the ancient humans are still living and breathing today- in the form of “man’s best friend”. Take a look around, and you’ll see Golden Retrievers, Beagles, Chihuahuas, and German Shepherds.

Rescue humans after natural disasters, track & apprehend criminals, become a movie star, or be a (not so) run of the mill dog- the world is yours for the picking.

This idea/game is still in the first stages of development.

Hello folks, the name’s Silhuetta; a relatively new user of Choicescript. I noticed a while back that not many games, if at all, were made about the life of animals- so, I decided to make one about dogs.

Right now, I’m planning to make it into two parts, one for the juvenile years, and another for the latter.

The occupations that I’ve been considering, other than the ones listed above are: war dogs, detective dog, service dogs, herding, sled, etc. The options could go on and on…the trouble is narrowing them down to something I can manage.

More information will be put out as I do more research.

Considering my coding skills(which are few), coupled with my fragile internet connection, progress will be slow, and it may be a good while before a demo comes out.

UPDATES :
6/9/15: A (very) rough outline has been made, pending on more information.
6/10/15: A few breeds have been cut from the main list, bringing the list of playable breeds down to eight. Character creation is being coded.

I definitely like the idea. Most games on here, both released and WIP’s, the player is human, and none I believe where you’re an animal, so I’m very interested to see where you go with this. Not sure about the name though.

Oh, no, that’s not the name; just a placeholder until I procure something which is more appropriate.

How about “Who let the dogs out?”

I like that, it has a nice ring to it.

I was thinking about having at least ten different breeds included in…I may change that down the road.

Oh! I love the idea! I looove dogs. Kinda reminds me of that 'Dog’s Life" game I played as a child, but probably better.

Those are a few. You might wait on a name until you decide upon a concrete plot, assuming you want to have one. Unless you plan for it to be more open world style.

Got a theme song and everything 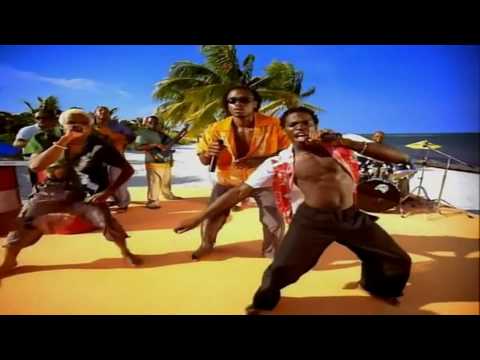 @FoxalypticWorld That’s a good thought, thanks for the idea.

Dog Days is the name of an anime.
…
Yea…
Maybe
“A ruff life”

@faewkless Is it? “A Ruff Life” definitely is a charming name…I’ll have to consider using that.

Alright, I’m off to start my research- wish me luck!

Alright- here’s what I’ve come up with so far:

I think that’s a pretty good range, and if not, one job could be swapped for another,

EDIT: I’m thinking about also giving the option to be a stray…what do you guys think?

Looks like a good range for sure. For the stray option, for me personally I’m not sure. Although it would make for an interesting origin story if you wanted to do that, like you were born in the streets, and wondered into a fire station looking for food and ended up getting adopted.

Aha!
I knew I smell’t a dog game in the works!

Would you consider including Boston Terriers and Pugs as a selectable breed?

Those little doggies tickle me pink!

OMG, that gif! He just looks so happy!

@ArcanaCero Thanks for the feedback, I’ll give the stray dog a shot then.

Awesome now I can beg for a bacon strip from my owner.

Bit disappointed, pit bulls are not in the game…

As I am sure you are tired of people asking for breeds to be in the game I will try to explain why I I was wondering if there is a chance we could be a half wolf breed? We get found in the forest and eventually get put in one this occupations.

Dog Days is the name of an anime.

I didn’t know that but I’m not surprised. I think all of the titles I suggested would belong to other things. They were off the top of my head ^-^’’.

I’m thinking about also giving the option to be a stray…what do you guys think?

I think that’d require a story all it’s own, as a stray would live so vastly different from the other backgrounds you brought up. It would be interesting though. It immediately makes me think of that book: A Dog’s Life: Autobiography of a Stray