What would a "Choice of Robots" sequel be like?

It’s been a while since I posted, but recently something has came to mind.I wanted to earl all 72 “Choice of Robots” achievements so I searched a video. In the comment section there was a comment that grabbed my attention. It read “I cried after I finished the game… I want a sequel…”. That got me thinking, how would a sequel of a game like “Choice of Robots” even happen? The story was never meant to even have a sequel! You couldn’t even save you story for a sequel! It seems almost impossible to create a sequel for such a good novel.

Note: I’m not insisting Kevin Gold or anybody should be out there writing a new novel. These are my thoughts about the subject and nothing more. I just want to answer the “What If?”.

I know this is all pointless, but if somehow you could make a sequel… what would the story be? Everyone who has ever read the novel knows that it can have such a bitter end that your character wouldn’t even be in a sequel. In one of your stories or your favorite playthrough you may have made your robot double, but since there is one game ending where you die, you can’t have a sequel where you play as said character. Same goes for your robot! There is a good chance that your robot may have died in one ending! So you would need to play as a whole new character. A new character in the world affected by the legacy of your old character.

The whole thing would be a mess of you making choices that would describe what your old character did. I mean you have to say if your character made a double, did they die, what legacy did they have, what type of robot you are, etc.

I don’t have much time to write down every detail, but this is just what I would think it. I know that the person who posted that comment may be a little disappointed to hear that there may never be a sequel, I know I am. That doesn’t change the fact that “Choice of Robots” is an amazing novel and maybe its for the best that it doesn’t have a sequel.

This is just me immagining the “What If”. Anyone that likes or dislikes my idea can just drop what they think down below and I read 'em. Like I said before, this is what I thought and I don’t want to cause any trouble. “Choice of Robots” was never written to have a sequel.

Quick shoutout to Kevin Gold for writing two interractive novels I found amazing. Both were probally the only novels I tried to get every ending to. If you have Steam you can go here and get both of those novels in the “Kevin Gold Bundle” here http://store.steampowered.com/bundle/763/ 25% perecent off people!

Choice of Robots will always be one of my favorites, I still after all my play throughs cry when I have my talk with my little robot daughter…I built her to be as human as possible and adored her so much

I felt like a terrible wife to Elly and felt guilty over it, IF there were to be a sequal I’d like to play as our daughter and hopefully find out that maybe I treated Elly better and our daughter grew up happy

EDIT: To clarify I was thinking about it being from the PoV of our human daughter

The first story was (among many other things) about your choice of what kinds of robots to build.

I’d like to propose a reinterpretation of the phrase “choice of robots” to have a more literal meaning… the choices of robots. The story I envision is flipped from the original and a robot society is trying to create human beings. Perhaps at the end of the story they succeed in creating humanity but decide that they themselves have to disappear from the world for awhile in order for humanity to grow and thrive.

…this might end up being a prequel to Choice of Robots? It would add a layer of depth to have humanity recreate the robots that long ago created them.

What do you think, Dr. Gold? Is this idea viable?

Would it be fair to say that the biggest issue surrounding a sequel is that the way things have occured and how people view robots can be very different in each playthrough, especially with the four exclusive chapters depending on stats?

I’m only half kidding.

If there were a Choice of Robots sequel, it probably would be doing what I’m currently doing with Choice of Magics - exploring what happens when a society comes out of a dark age brought on by technology driven to excess and the backlash when people blame technology instead of people for the downside. But I’ve decided to do that with a fantasy spin, because wizards are cool. It’s still a kind of spiritual successor, especially since it’s doubling down on Choice of Robots’ branchiness, because players have clearly preferred that to Choice of Alexandria’s more straightahead narrative.

People are free to create whatever stories they want in their heads about what happens next in Choice of Robots - that sounds fun. And the best part is that it would be consistent with their own playthroughs. I think it’s pretty difficult to write a whole game that makes the player feel like their choices in the previous one were totally respected, while also having a large variety of endings in the first one. All of you probably have it right that it would have to be a tangential character, or would be set in the far future. I’d probably go with the first option because that sounds like a more sympathetic character. But I’d prefer even more just running headfirst into a new genre with every game and seeing what people like.

Choice of Magics - exploring what happens when a society comes out of a dark age brought on by technology driven to excess and the backlash when people blame technology instead of people for the downside. But I’ve decided to do that with a fantasy spin, because wizards are cool.

This sounds like it would require a fair amount of exposition?
Actually… if I were somebody important, I’d recommend the above concept as an actual novel first, then possibly as interactive fiction.

Well, the way it’s shaping up, a lot of the world’s backstory will be hidden down different paths, so you only get the gist of it on any given playthrough. Which seems okay, considering the number of people who run around our own world without 100% knowing the lore. 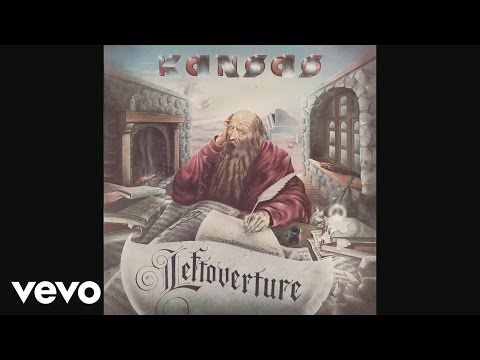 Well I’d like to see more sci fi games in general, the only other ones I’ve played and liked are choice of the star captain, mecha ace and planetary quarantine. But I think one of the great things about COR is the multitude of endings, but due to this I think a sequel would have to work like ZESH as in it takes place at the same time, in the same universe but from a different point of view.

I’ve got a mass of ideas, some worse than others, but I think my favourite would be…a slightly alternate scenario where you start off in the midst of the robot human war, but this time more countries such as Russia are involved, making the situation more dire. As a result the mc flees to a new planet with their robot, similar to Earth but less technologically advanced. And from there you could try to take over the planet, fit in and explore the world etc. But yeah, just more sci fi games in general would be good

I still play it now and then, to be fair i think it ended in good terms (if you get the perfect ending of course).i liked it , yeah i know the unexplainable itch to get more of it, but i dont think it needs any sequeal, rather ill prefer a different story in the same era with different characters and places, not a sequel yet a part of the main franchise

What I would want to see in a CoR sequal, is a novel in which you play your robot shortly after its creator’s death.

I always thought that would be such a fun concept.

Not that I’m demanding it, mind you.

CoR will always be one of my favorite games ever, I still replay it every now and then when I miss it, but I’m a bit averse to the thought of a sequel. I mean, everything awesome is getting a sequel/reboot/spin-off nowadays. While some of them are just as good or even better than the original, some just…falls flat.

But okay, let’s say that there’s gonna be a sequel/spin-off, ala Zombie Exodus. The concept that first popped into my head is about the PC robot trying to achieve sentience or humanity or something, like a futuristic Pinnochio. With a special appearance of a young PC of the first CoR. Or their dad, who was said to have been a brilliant inventor in his own right. Or some relative of the original cast.

CoR’s endings are already satisfying, at least, imo. Even the “bad” ones,so I’m fine without a sequel. But still, if there’s a sequel, I’d still buy it in a heartbeat.

There have been some demos for games in the past which involved you playing as a robot, many of which have you gaining sentience and whether to side with the humans or other robots or something else. I remember there was a great one where you picked your ‘gender’ by robot type and your occupation. The developer only did two set ups with a ‘female’ secretary robot and a ‘male’ military robot, but it was a interesting premise. Wish I could recall the name of it.

If you ever find it, let me know! It sounds interesting.

Sure! It was being worked on a fair few years ago, but like so many games seems to have been left to one side, though I believe the developer was switching over to something fantasy based (which also was never completed).

So many promising WIPs, never to see the light of day.

Yeah for every Guen and Monsters of Haven we have going there’s several of these guys. Still quietly hoping Vendetta gets completed some day.

I’ve been reading all of the replies and it’s fun to read others ideas and why some think CoR is already good on its own. Happy to hear that KGold is writing another novel! I wish the best of luck to Kevin.

I really like the ZESH idea! A spin off would be less complicated than what I had in mind.

The story sounds cool. If you ever dig it up, I think it would be swell if you could post a link to it! Maybe a thread for those types of games would be nice.