What choiceof/ hosted games can you play as the villian?

I’ve been wondering what games can I be the villain. Sense I am starting to not like playing as the traditional hero or anti hero.

You could play as an outright villain here if I remember correctly. 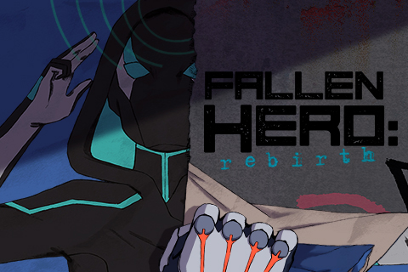 They called you a hero; you call them fools. Use your telepathy romance old friends and fight new enemies as you become the greatest villain ever known!

For Rent: Haunted House (Can play as a heartless estate agent from memory.)
I’m trying to remember but I’m pretty sure there’s meant to be a path for it in Metahuman, Life of a Wizard and Choice of the Deathless as well. 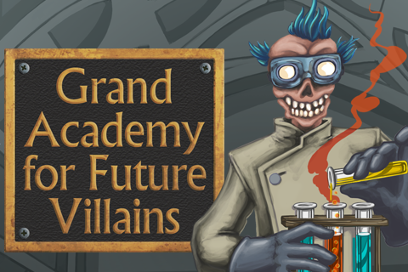 Taking over the world? Welcome to the world's finest preparatory school for villains, where unimaginable evil begins with a world-class education!

Diabolical — Rule the world as a criminal mastermind! Announcements

[image] We’re proud to announce that Diabolical, the latest in our popular “Choice of Games” line of multiple-choice interactive-fiction games, is now available for Steam, iOS, and Android. It’s 25% off until November 13th. Start practicing your evil laugh! As the world’s greatest criminal mastermind, choose a lair, hire a minion, and steal the world’s largest ball of aluminum foil! (Or, destroy the world. FINE.) “Diabolical” is a 130,000-word interactive no…

Diabolical wasn’t bad. It felt a bit forced, though. Also, You kinda end up being “the good guy” in the end. I’d say I enjoyed it.

choice of robots (you can become a dictator of a specific US territory or secretly rule the world)
choice of alexandria (you can deliberately scheme to destroy the royal family)
fallen hero:rebirth
The Lost Heir 3 (There is an ending where you can be a demonic tyrant)

Life of a Mobster- you’re a mafia kingpin.

Agreed, it’s more of an anti-hero or reformed villain story.

It’s still just a very short WIP, but in my story, Mass Mother Murderer, you play as a psychopathic serial killer.

In Silverworld you can be one of the villain in several ways:

you can exploit humans and animals alike to your own means, steal everything from them, kill the heads of tribes and royalty, become rich without being empathetic or nice

Join the misguided fanatical leader or take their place

Be a vessel for a false god

oh believe me. You can play a cruel enemy to your homeworld and most other people by being slave of an evil god. You can even almost-kill another, good god!

Then we have Thieftaker:

Instead of a thieftaker you can be a thief yourself/ Murder people (I think).

you could sabotage an almost-marriage. i think that’s truly villainous

Gasp I’ll be honest though, Rory’s approach to the engagement is more on the convenience reason initially to stop their Aunt pestering them so there were no affection on either party in my POV.

Well, I see how you could see it that way

but I guess it all depends on what your previous choices were and how your relationship with the characters is. There is room for interpreting it both ways

Also, maybe you could add on the other hand that you can also attempt to break up Figg’s and Mopsy’s relationship.

In Saga of the North Wind you can also be an enemy, I just remebered! There are even several possibilities for you:

You could always simply hand out one of your closest allies (sometimes even your aunt) to slavers.

you could join merciless parties in battle and sack town

Affairs of the Court, you have no shortage of downright heartless actions to take, especially after the first book. You can frequently break promises to propel yourself to new heights, and the first book actually requires you to kill or discredit the Consort to progress to the next two books.

Study in Steampunk lets you play as a revolutionary and a serial killer,

Not just your ordinary, run-of-the-mill serial killer either, you’re basically magical Jack the Ripper, which is radical as hell.

There is also Killing Time which I really enjoyed.
A wise use of time and MetaHuman Inc, while not being an outright villain allows you to abuse you powers, in the first over time, and in the second over a multi billion making company.
In Congresswolk you can be a manipulative politician.
In Moreytown you get several options for being a bag guy/gal, mainly Cult leader and gang leader. Plus the ambiance is great i n this one, very film noir.
Finally you have choice of the cat where you can be… well a cat, and as everybody knows there a sick bunch…

Is that the name of a game because I can’t find it?

No, no, that’s one of the scenarios in the game. The game name is actually “Saga of the North Wind”