What are your MC's for the Choicescript games?

Basically I’m curious as to know which Main Character (MC’s) you picked for your chosen Choicescript games?
I’ll start first, my MC for the game series Samurai of Hyuga is Misako Irwa, a ronin who is rather hot-headed and rather stoic and has a giant salamander as her spirit guide. For Choice of the Deathless I had Odaxitar Slate, who is a female lawyer.

It depends a lot on the game in question, for example I have several MCs in Guns of Infinity, I like everyone (except one named Gustavus Dracolesti, since his personality is inspired by people like Vlad Tepes, Goebbels and Auguste Marmont) in Tin Star I have Sheriff Gustavo Norris (ancestor of Chuck Norris), and probably my favorite is Gustav Von Braun from Choice of Robots (in my story I am the son of Peter Constantine Von Braun, and therefore the grandson of Wenher Von Braun). I also like my MC from The Great Tournament 2, but in that case I like him mainly because he is married to Princess Hannah.

My running habit in videogames with customization is selecting a character from other media that I like who seems representable within the setting and playing like they’ve been dropped into the story and handle it as closely as possible to the way they would. Then when I want to replay and experience a different path I pick a different character.

Examples:
If any part of the description involves swords or knights, I will pull from Fate/Stay Night and play The King of Knights herself. Which will lead to a bit of grumbling if she ends up being addressed as “Queen” on account of how she is a King. Long story; I pick she/queen over he/king.

My “canon” Heroes Rise Riser is Misaka Mikoto of A Certain Scientific Railgun, what with her being a heroic, outgoing energy manipulator who makes questionable decisions when she’s angry. There’s a subsidiary run as her beloved little sister Misaka 10032* who is more reserved yet equally heroic.

*In case you are wondering, Misaka 10032 and additional little sisters are why I’m not reformatting to Western order as is standard. 10032 Misaka feels less natural.

Hero Unmasked!: Ellie (and Mag) Gentry, pretty much two scatterbrained cats in a human body
Tally Ho: Harold Hayes, so done with the world
Aetherfall: Margareth Gentry, totally not Ellie and Mag’s ancestor, nope.
Fallen Hero: Annabella Ohara
Heroes Rise : Charlie Mulligan (Seraphym) and Mairie O’Toole (Flux), would set the world on fire and call it a day if the universe would not restrict them (Charlie DID set the tv station on fire, tough)

Too many for CCH, many of which snuck into CuCu as NPCs, whoops

A Midsummer Night’s Choice: Caroline. Strongest skill artistry, weakest skill courage.
Samurai of Hyuga: Hitomi. Spirit animal: Striped Snake. Calculated, chivalrious, stoic, protective, finesse
So, You are possessed!: Noel Lewis. Low confidence, sarcastic, friendly (she is the MC closest to me personality-wise I think)
Choice of Robots: Kira Tesla. Robots name: Eva (no, it wasn’t Wall-e what inspired me to give this name to the robot)

MCs from a few games I only play with one kinda MC no matter how many times I replay it.

My main ones are:

Shin from Samurai of Hyuga, a stoic ronin who’s overprotective of his charge and has a chipmunk as his spirit animal, much to his chagrin.

Ash Milton from Tin Star, a stoic doctor who barely talks and just wants to do his job correctly. There will be no ruckus in his damn county. Rode a bear.

Lucas Valancourt from Wayhaven Chronicles, a sarcastic detective with a sweet tooth and a weakness for grieving mothers. Is surprisingly easily flustered.

Cyrus Deruine from Fallen Hero, he inhales suger for brain power, avoids people like the plague and he is…I mean his puppet Yasmin is dr.
Mortum’s girlfriend. Actually they’re both his girlfriend. Mortum just doesn’t know yet…

Heroes Rise Trilogy: Lunar Trail - carried away by her power and not as good at reading people as she thinks she is, tries to do the right thing in the end.

Samurai of Hyuga : Yuko, quick to act and feel, but slow to change her mind or back down.

Life of a Wizard: So looking back through my save file: I had a dog called Ivan, a horse called Pinkie Pie, a dwarven wife and was best friends with the thieves. It’s possible I was going through a phase.

The ORPHEUS Ruse: Kendra, the most ruthless I’ve ever played a character in a CoG. She would do anything to survive as long as it kept her out of sight. Sociopathy is great!

Tin Star: Hei Fung Meng, a stoic and religious woman who’s preferred method of pacifying Kirkwall the wild west is to hit them with a sign saying “Don’t”. Sort of like Aveline Vallen, only Chinese.

After reading this the first thing what popped into my mind was this guy: 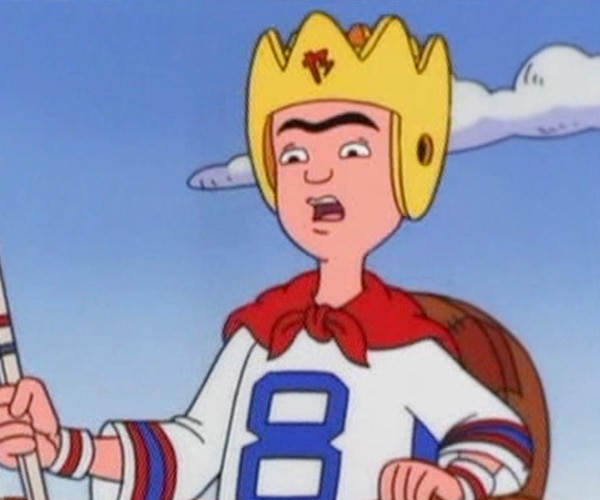 Just started playing The Aether, and I highly recommend naming your God, “Jesus Mother-Fucking Christ”. It makes for some good prayers later on.

Oh man, all you guy have all these cool unique MC for each story and here I’m like.

It’s a bit embarrassing, but I always play “as myself”, by which I mean using my own name and customizing the character as similar to me as I possibly can. I feel that this helps me focus on the story and adds to immersion, otherwise it always becomes a game of perfect scores and powerful stats for me.

I used to play as myself, but I’m a weird combination of being very socially contrary and incredibly risk-adverse, so I couldn’t realistically play myself as I’d avoid adventure and make every extroverted NPC hate me. lol

I’ve got a couple archetypes loosely based on publicish figures. I’ve got an overachiever/nurturer MC, a lusty antihero ginger MC, and an aristocratic/professional MC. I select whichever one seems most appropriate when starting a new story while I get an idea of what the tone/in-game needs are.

I´m sooo bad with names so I´ve got only two characters:

I’m on the opinion that I have enough time to be myself IRL, so it’s a nice break to be someone else in these games.

I am as well, however I want to be me who I can’t be IRL.

I never self-insert because people like me have 0% survival odds in 99% of fictional worlds. And because why be myself when I can be someone more interesting.

When I first read the title question I figured, “what, all of them? that’s way too many!”

Then I realized that, while I’ve played and replayed a fair number of games, I don’t actually remember a lot of my MCs. Which is not the best of signs, but I enjoyed them at the time.

With Affairs of the Court, I became too obsessed with figuring out a way to survive to the end, that I didn’t manage to do a lot of role-playing. My MCs there will tend to be gay because why not, and usually they are very cautious/chaste. They tend to be loyal to the Monarch (Queen Agustina, usually) partly out of devotion and partly out of fear. I trend strongly towards increasing subtlety and tanking magic.

My first I, Cyborg MC was named Yolanda Rowe for pun reasons. She was supposed to be something of a reformed crook, although not very successfully so. Very survival-driven, but conscientious and honest. She failed to romance Marley for this very reason. In the end I was so baffled by the epilogue that I didn’t get the conclusion for her that I would have liked. Actually. I’m not 100% sure which of the possible epilogues would be best for her.

I played A Midsummer Night’s Choice once and a half, and ended up with a weird poet MC. It was fun.

Choice of Rebels is probably the most complicated. I have at least four MCs planned. I’m trying to cover, well, not every base, but most of the major ones that I’m most interested in. It’s not easy.

I play one of (if not all) of four characters in every game.

Matt Jensen: Main stat is Strength. Think big golden retriever. Loves everyone and wants everyone to love each other. Blond hair. Blue eyes.

James Rothschild: Main stat is Magic, if its there. This is the one that I usually play as a mage. Patient and always willing to listen. Blond hair. Green eyes.

Stormee Davenport: Main stat is Charisma. Definitely an introvert, regardless of speaking ability. More ‘sympathetic’ and ‘justice-seeking’ than ‘nice’, I would say. Always faintly miserable, no matter what. Black hair. Black eyes.

More on the self insert MC thing - I personally find it strange to play as myself, it can be immersion breaking in a way to see my name pop up in another world! Plus I like being able to make choices I would never make. That said, my first playthrough of a game is sometimes just me picking whatever options I feel like at the time, so these characters often end up being a lot like me anyway.

Getting back to the topic at hand, I’ve had so many MCs over the years that I can’t remember many of them well now. I tend to go through cycles of playing single MC through a couple of games and then letting them go - except in one case, where I loved the MC so much that I adopted them as a character in one of my own stories! Her name now is Lee Seo-Yun, and she’s a shy, spirited hockey player who was originally from Monsters of New Haven High.

Oh hey. Another Fate fan. I don’t know why, but when I played SOH I got this really strange itch that I should make my character Shiroumasa. I have no idea why. Hell, Muramasa wasn’t even a Samurai. He was a blacksmith.