"Vampire: The Masquerade — Out for Blood"—Hunt the vampires that terrorize your town!

We’re proud to announce that Vampire: The Masquerade — Out for Blood , the latest in our popular “Choice of Games” line of multiple-choice interactive-fiction games, is now available for Steam, Android, and on iOS in the “Choice of Games” app.

Gather your allies to hunt the vampires that terrorize your town! Study their ways and exploit their rivalries, or you’ll become a vampire yourself.

Vampire: The Masquerade — Out for Blood is a 455,000-word interactive horror novel by Jim Dattilo, based on “Vampire: The Masquerade” and set in the World of Darkness shared story universe. Your choices control the story. It’s entirely text-based, without graphics or sound effects, and fueled by the vast, unstoppable power of your imagination.

You’ve barely settled into your new home of Jericho Heights on the outskirts of Chicago, before discovering that vampires live in town. You’re struggling to start a new life, meet new people, and maybe even find love. But when your neighbors start disappearing, you’re forced to take action.

Take on the role of a vampire hunter to save your town from the influence of Chastain, a vampire more than a century old. When a group of young thin-blood vampires start a war with Chastain, will you choose sides, or hunt them all?

Gather your forces and sharpen your stake to take back the night!

• Play as male, female, or nonbinary; gay, straight, or bi.
• Choose from classic VtM attributes and skills to build out your character.
• Enjoy 17 character portraits.
• Meet an ensemble cast of dynamic characters each with their own skills.
• Romance other characters, either human or vampire.
• Hunt vampires, study their ways, or try to be Embraced.

We hope you enjoy playing Vampire: The Masquerade — Out for Blood . We encourage you to tell your friends about it, and recommend the game on Facebook, Twitter, Tumblr, and other sites. Don’t forget: our initial download rate determines our ranking on the App Store. The more times you download in the first week, the better our games will rank.

I think I read 30 different playthroughs for Continuity testing, and it never got boring because I legit found new text EVERY TIME!!! I know this story by heart, and still purchased it this morning and am happily playing now

CONGRATS ON A FABULOUS STORY!!!
#Jendorsements

I think I read 30 different playthroughs for Continuity testing,

I didn’t know you were helping with that, but thank you so much for all of your feedback!

I really enjoyed it - Can’t wait to meet Lam (MVP) in my own damned playthrough!

☆ You are insanely talented, congrats again!

YAY! So excited to read this, your works have been my all time favorites!! Congrats on the release

Hey, congratulations on the release. Question, how do you choose the religious leader background?

Hey, congratulations on the release. Question, how do you choose the religious leader background?

True Faith became such a huge undertaking, I only implemented 25% of what I planned. I’m already working on a free update to expand it greatly.

Awwwwww heck yeah. My first COG beta test and couldn’t have picked a better one. Love the human aspect of the world of darkness so much. Reminds you just how terrifying it would be to actually be in this world with vampires like that.

Congrats on the release man, cant wait to play it again!

Ah it’s good to hear it’s gonna get a touch up. Wish you luck man, can’t wait to Deus Vult

YOOOOOOO, so excited for this!!! I’ve already purchased and told my whole tabletop group. The hype is real!

It says on the choice of ga.es app it was released in 2020. Anyway I really enjoyed the game, shame we couldnt play a vampire earlier on but it was definitely worth the money.

Oops, thanks, we’ve fixed that.

The praise and accolades I’m seeing this early is showing the strength of your game.

Here is one review: 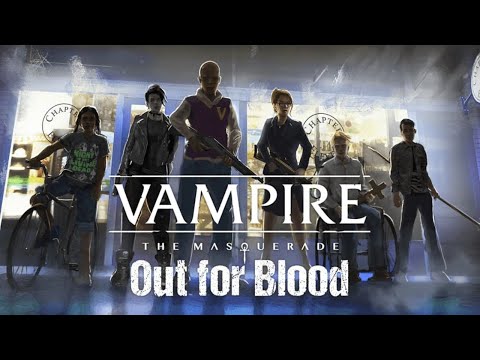 @JimD or anyone else who can answer, who are all of the RO’s ?

Such a great job.