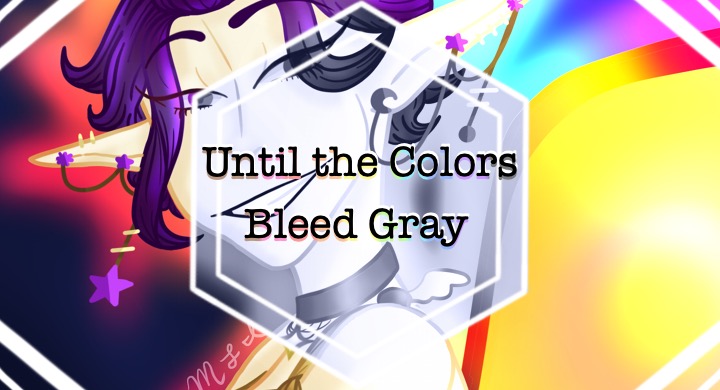 Hey guys! I’m Lemon Ink and am relatively new to the CoG and Hosted Games Forums. This is the first time in forever that I’ve written something other than a school essay so I hope y’all will find it an enjoyable read!

So let’s jump into the story, shall we?

Welcome mortal, to the land of the Faere.

You wouldn’t necessarily say that you were the poster child for the average American teenager. After all, being completely blind for what feels like your entire life isn’t exactly something a lot of people are familiar with. However, you still lived a fairly uneventful and sheltered life as the only child of a rich businessman in a sunny, beachside Californian town.

That is… until you fell into the fantastical world of the faere. Or rather, it crashed into you.

Go on quests with a plethora of colorful companions, explore worlds both mythical and real, form various bonds with characters, both good and bad, and maybe, just maybe… discover who you truly are as you unravel the mysteries which hide beneath the surface of the elusive faere… 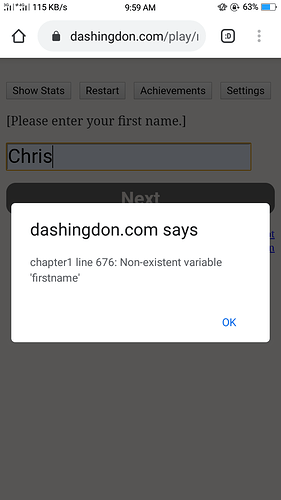 haha whoops! Sorry about that, I had to go back and change some variables, but hopefully it’s fixed now. Tell me if it isn’t!

Hey there! I liked the wip (the stats menu looks amazing!) and dang, I know it was asked if I wanted music or not but it still caught me by surprise. It just… I was awed. I’m pretty sure I couldn’t read the whole scene properly because my reasoning was muddled by that beautiful piano. It was really fitting, I think, but not a lot of games do that.

Here are some bugs and thingies I found (one of them is about a missing variable which doesn’t let me set my name and keep playing, but that was already commented about)

good story wish you luck on it

I think I’m gonna pay attention to this wip. It’s going to be good! Would like to point out though, 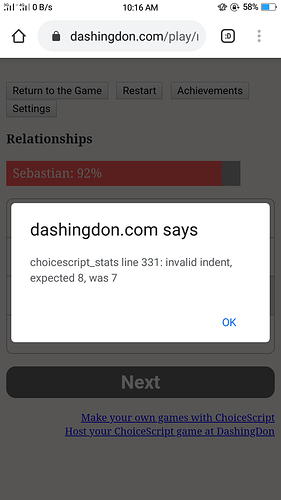 Thanks for the feedback, it’s very much appreciated!
+I’m currently reworking some transitions into the memories and I’ll make sure to emphasize the mother singing lol
+Yeah, that walking back part was when I had just started feeling out how to write for mc, so I get where you’re coming from, I’ll make sure to remove that!
+I’ll crack down on those colors and maybe just put three options (I tend to get carried away with customization haha)
+As for the braids, I think I meant to put dreadlocks instead, and I’ll take out the “naturally” part to get rid of any complications

This one seemed really cool honestly. I can’t recall ever playing a game with a blind protagonist so I’m interested to see where you take it. Also, the custom music really helped draw me into the scenes! I’ll be sure to follow this one eagerly!

(I tend to get carried away with customization haha)

No, but really, I wish I had half of your love for descriptions of daily things. It’s really cool to be able to choose if I hear dogs or feel the stones or plants instead. Btw, Sebastian is now my younger brother and I’ll protect him from any and all harm. Poor excitable boi. I’ll keep an eye out for your wip, I like the idea, so best of luck!

Oh, I actually kinda adore this? I’ve never seen a WIP with a blind protagonist before, and your writing style and the amount of choices, esp for personality is

. Please tell me we can keep Sebastian? He’s so cute, I kind of want to adopt him lol

This was really fun for me to read and can’t wait to see more.

12 romance options? Holy crap, that’s wild! I applaud your commitment to offering a variety of options. All I can say is, please be careful not to wear yourself out.

Interesting read so far. Love the concept of being blind. Cannot wait to see where this goes.

This seems very interesting! Can’t wait to see where it goes next.

Another WIP for me to bookmark.

I can honestly say my curiosity hit a solid 8/10 with the first page of the prologue alone.
Can’t wait to see where this WIP goes!

This is really good so far. Good luck!

Wow haven’t been this early for a WIP in a long time. I like it so far and this reminds me i haven’t spoken to my blind relatives in quite a while. Weird that i have more than one

10 different power sets;
You got my attention. I cant wait to try out all the combinations

I like what I have read so far, although my curiosity got the best of in wondering what the accident that caused the blindness was.