The situation in Hong Kong has caused havoc with my WIP

I’ve been watching the protests in Hong Kong unfold with interest these past few months. This has been particularly relevant to my current WIP because it’s set in contemporary Hong Kong and it features democracy protests.

When the protests started I thought great I’ll just update the game to reflect what’s happening. I was thinking that this would die down like the umbrella protests of 2014. The Triad vs Democracy protesters angle is a minor but important part of my WIP.

They’ve not died down and the Triad are now getting involved in a much bigger, public and nastier way than they did in 2014.

It’s also not stopping. I don’t know where this is going.

My game ends in August (typhoon season) and I’m currently trying to finish it. I’ve not spent the past month painting myself into an impossible corner trying to incorporate what is happening in Hong Kong now into my WIP.

I’m currently inclined to simply finish the game as I originally intended and backdate it to 2014 during the original yellow umbrella movement. The advantage of this being that 2014 resembles what I want and 2014 won’t change over the course of the next two months.

Do any writers or players reading this post have any advice for me? I’ve pulled out a considerable amount of hair on this over the past month and could use a bit of perspective.

Go with your gut and 2014 is a good year. If not you always go with fictional city name but first choice as make the game set in 2014 is esier i think.

Yes I also want to respect Hong Kong’s culture and history. My initial decision to set it in the now seems disrespectful and irrelevant. Also at least three of my PCs would be doing something completely different right now in Hong Kong.

Just make sure you mentioned that the story is based on 2014 HK so people don’t get the wrong idea.

My initial decision to set it in the now seems disrespectful and irrelevant.

A minor adjustment to make the setting the “near past” and/or even an alternative timeline is in order.

The game has not even been released, so these types of changes are perfectly fine and even expected.

Even writing historically, if something new about the time being written is discovered during development, adjustments like this is not only expected but is a sign that the developer understands game design.

You have this; I have all the confidence in your ability to handle this minor bump.

I was thinking of simply stating the date at the opening of the game.

As the others have said, either go with a slight alternate history that has the Chinese government go a bit slower on the social credit scheme and not push for the extradition bill quite as soon as in our timeline thus delaying the protest or have it in the near past with a 2013-2014 setting and there is nothing preventing you from making the past a slight alternate history as well.
Hmmm…if you have specific questions pertaining the constructing a plausible alternate history for China/Hong Kong for your game, maybe some of the people on the other site might be able to help.

Options I can think of are any of the following:
Alternative time line/divergence story, Rename city, or notify in beginning of game: the following is loosely incorperating events at a specific date it was written as events unfolded they may diverge from path in story.

Hong Konger here. I think since the situation right now is kinda a indirect result/continue of the Yellow Umbrella Movement, any game/story that inspired by it , it is still a sensitive matter in HK and even China.
Seriously if you are going to base your game on a historical event happened only 5 year ago, you better be very careful on what you are creating. Those people took part in the event are still very much alive after all.

And like what others saying, the best you can do is make it an alternative timeline, city and make it as clear as possible that you are not making any direct criticize/comment on this event.

Thank you so much for responding. It’s so good to hear from someone from Hong Kong. Sorry for the late reply I’ve spent the past 24 hours considering your comments.

What you suggest was my original concept for the game (the game isn’t about the protests it’s an homage to Hong Kong action cinema). The game does have a few protests scenes in it but they are a fictional protest.

I was overwhelmed by what I’ve seen happening on the news and thought that I couldn’t ignore this I must include it in the game. I can see that was a mistake as it’s not practical and insensitive.

Thank you so much for your comment, it’s appreciated.

News cloistered US individual here. What actually is going on in Hong Kong? I have an old friend over there but don’t know anything about this. I hear ‘Yellow Umbrella’ movement, and I immediately imagine ‘Yellow Turban Rebellion’ for some reason- and I’m actually wondering if it’s a similar sort of anti-establishment protest of some sort?

It’s complicated, but I believe all stems back to Hong Kong being under Brittish rule since the 1800’s, but was later handed back to China which has had ramifications that for way it is governed, its autonomy and civil rights. Colours are often used to indicate what an individual supports, such as Yellow (umbrella/ribbon) tends to indicate pro democracy support. Wikipedia has a bit of a brief rundown on many of the events that have been leading up to what is now occuring, and China’s response to it. 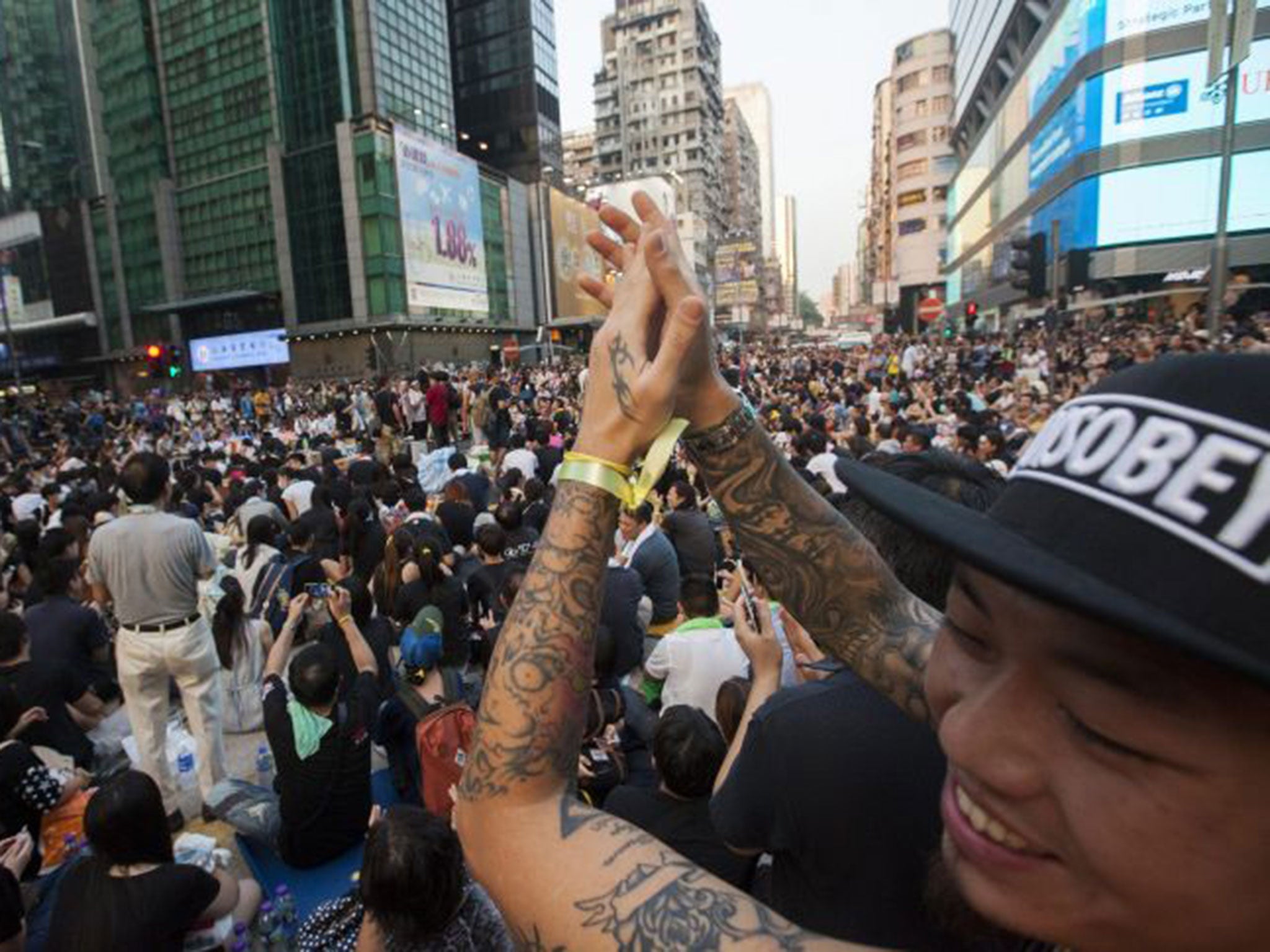 Hong Kong protests: A guide to yellow ribbons, blue ribbons and all

Protesters in opposing camps are using ribbons to symbolise their stance

Umbrella Movement A series of sit-in street protests, often called the Umbrella Revolution and sometimes used interchangeably with Umbrella Movement, or Occupy Movement, occurred in Hong Kong from 26 September to 15 December 2014. The protests began after the Standing Committee of the National People's Congress (NPCSC) issued a decision regarding proposed reforms to the Hong Kong electoral system. The decision was widely seen to be highly restrictive, and tantamount to the Chinese Communist ...

The Umbrella Movement (Chinese: 雨傘運動) was a political movement that emerged during the Hong Kong democracy protests of 2014. Its name arose from the use of umbrellas as a tool for passive resistance to the Hong Kong Police's use of pepper spray to disperse the crowd during a 79-day occupation of the city demanding more transparent elections, which was sparked by the decision of the Standing Committee of the National People's Congress (NPCSC) of 31 August 2014 that prescribed a selective pre Th...

Why Did Hong Kong Belong to Britain?

For 100 years, Hong Kong was known as British Hong Kong, first as a crown colony and then under a lease to Queen Victoria's British Empire. 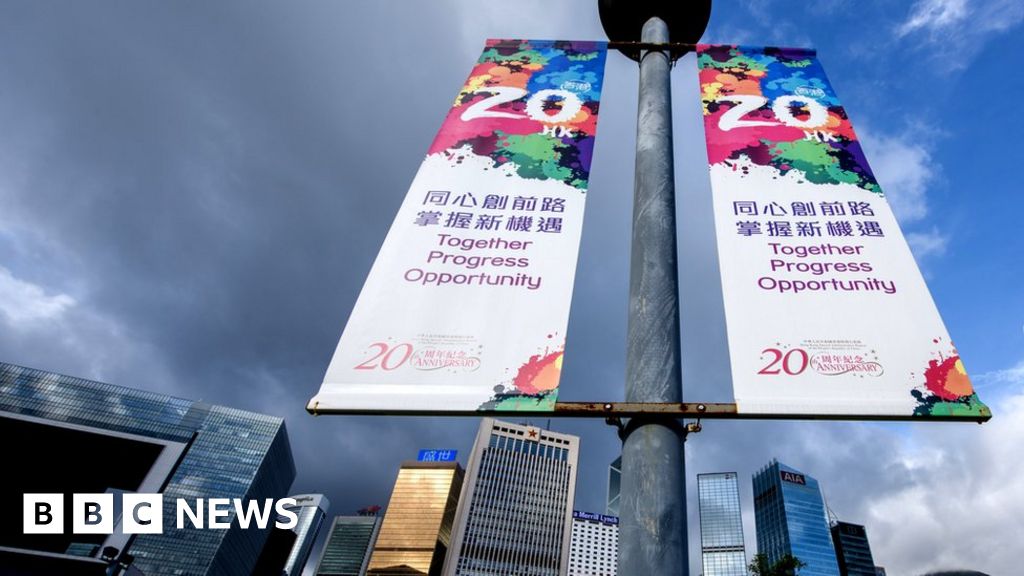 Why was Hong Kong British, how was it returned to China and what are the challenges and outlook?

I must add for you to consider the big elefant in the room. I suppose you did but You did a incredible amount of work andcare in your proyect that shows each time I read it. You deserve being published and being read everywhere and not being censored or with problems with some shops etc.

If you think to maintain your job integrity and security you need to change name for a fictional place do it. It won’t weakened the message.

From Fahrenheit to The farm or many sci fi sometimes to one further express the wicked a situation is you have to make it look is happening in other world.
I discovered that as kid while watching a episode of Star Trek original series.

From Fahrenheit to The farm or many sci fi sometimes to one further express the wicked a situation is you have to make it look is happening in other world.

Indeed, remember Bioware’s Jade Empire? That essentially read as a critique of then PRC policy (three gorges dam, Tibet and so on) as well even if the world and titular empire were fictional.
Did it even get censored in China though?

Probably almost all is censored. But I don’t find any info if was totaly ban so I think is on sale

Actually I would be censored in the PRC for content because the game contains ghosts.

And if your game contains contents below the neck, yep definitely would be censored.

Thank you so much for your kind words. It’s really good to be working on this project again. And also to be living in Valencia.

You always could make a Corruption in Brava coast or something as you know we Spaniards love that stuff and doesn’t censor anything . so if you want to do a Ibiza stuff you won’t have problem