Summary
Deriving from an abyss, you enter a world that you have no memory of ever living in. Whilst trying to figure out of your orgin, if you even have one, you also have come up with creative ways to deal with the inhabitants- as it quickly becomes apparent that you’re an oddity. And those are not always appreciated.

Soo, I finally put my game into the digital realm. It’s still untitled though, and is probably going to stay that way for a while- but all ideas are appreciated!

Hope it sounds interesting to you people, because this idea just won’t leave me alone! :’)
/Toco

For now the title remains Unknown because that is just how I roll.

Ey!
I already patented Untitled as my WIP title, and Unknown is not-ambiguously sounds similar to mine >: (

Anyway, for starters, welcome!
You might want to worldbuild your story more because what I get from your snippet looks pretty barebone.

Put some life into your world. Create unique stuff. And most importantly, make an interesting plot (which is kinda obvious, actually)

@Szaal, How dare you? My title is SO original!

Jk, I just had to. You started it

Thanks for the advice! I have done a bit of worldbuilding, I just don’t know what about it I should tell you. Btw I wanted the summary to be concise, heh. But I’ll ge onto that anyway, since I need to be able to put it down on paper.

Magic always the opition to learn magic. Although if y ou the character be eveoling think about something like they hate life and has been told to suppress there feelings and has a horrible all life form everyone treating them coldly make them have a friend and there just now experiencing love and other feelings

Alright, thanks! I’ll keep that in mind

Okay, so far you’ve got a very basic structure and a genre down, so you’ve got the first step done it would seem.
Now, I’m not too knowledgeable on how to make a game, but I know this question will come up eventually, so you might as well get it out of the way ASAP:
Do you plan on adding romance, and if so to what degree and what limitations will there be on each RO (romance option)?

@L0G1C I do plan on that. Not gender-switchable ones though. There should be a few of 'em, three or more is all I can say for now. Nothing too explicit, since I’m going for pg12-ish. What do you mean by limitations btw? All RO’s will be accessible at different points in the timeline. Like, they won’t all show up at the same time. So, I guess that’s a limitation?

There should be a few of 'em, three or more is all I can say for now.

Well, three is a very small number of ROs, if they’re not going to be gender-flipping, since it means that some people will only have one option (which thus isn’t actually an “option”).

I always expect some fantasy races, spells, and a fair amount of magical creatures; whatever these may be is always up to you of course. Personally, I’d like to see a party forming around the MC and have chill scenes with them where we just hang out by a campfire, relaxing after a fun day of monster slaying.

This sounds like a transported-to-another-world story (Isekai) (nothing wrong with that btw, I like those stories). If it doesn’t fit that genre, then I apologize in advance. I just wanted to ask if you’ll be borrowing any tropes from that particular anime genre?

@ParrotWatcher Yes, I am aware of this…

Making my characters unable to gender-flipp is just a preference I have. Having them on a set gender makes them more real, somehow. With that said I can see how too few RO’s takes away people’s choice. So I might throw in one character that is gender-flippable. That would make the RO’s four, like in the game “Heart of the House”. Does that sound better?

) I haven’t gotten to figuring out spells yet, but I’m getting there. Also, I find world building the most fun thing ever, so there’s gonna be plenty of material on that front!

It IS a type of transported-to-another-world-game but more Alice in wonderland-y than anime like. To be honest I don’t have much clue what Isekai includes, despite having watched some anime. Sorry I couldn’t be so specific

Also, another method of limitations are making some personality based, so like a priest will never date a filthy heretic, a rich pompous guy won’t date a beggar, etc., not many do it but it is possible and can be pulled off well

To be honest I don’t have much clue what Isekai includes,

The protag got hit by a <insert vehicle here>, go dead, and suddenly wake up in a fantasy-modern-medieval world.

Magic realism is going to back up any confusion in my game, regarding the world-transfer. I like explanations, they’re neat.

not just a vehicle but Truck-kun the great

not just a vehicle but Truck-kun the great 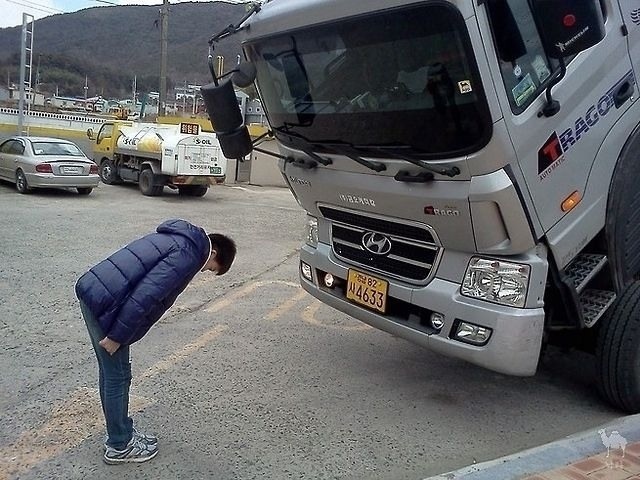 Magic realism is going to back up any confusion in my game, regarding the world-transfer. I like explanations, they’re neat.

To be honest, that’s literally what Isekai genre has to offer. It gives you a tool to, “Oh, let’s make an Earth Human go into a fantasy world,” and that nags me a 'lil bit

You see, when an Anime has Isekai genre in them, I always wondered why they don’t make it pure-fantasy instead? No “You’re dead. Now welcome to Planet FloatingIslands” nonsense.
Isekai rarely explores the humanly part of the genre. Instead, it’s always about the fantasy.

Why the protag never remembered about their original planet, Earth? Don’t they miss their family or lover there?

So I might throw in one character that is gender-flippable. That would make the RO’s four, like in the game “Heart of the House”. Does that sound better?

Better, yeah, but I generally suggest having at least three characters for any player to romance, if possible, and this would still be one short…

Of course, adding in characters with no plot significance just so they can be romanced is obviously not the right way either…

You see, when an Anime has Isekai genre in them, I always wondered why they don’t make it pure-fantasy instead? No “You’re dead. Now welcome to Planet FloatingIslands” nonsense.

Isekai rarely explores the humanly part of the genre. Instead, it’s always about the fantasy.

It’s basically an easy way to get the “Fish out of Water” trope, so you can have loads of exposition without telling it to people who already know, but also ensuring that there’s no way to get back home – and Protag-kun knows it – so that this won’t be their motivation (they used to just burn the hometown to the ground…

). I’ve always liked the “person in alternate world” genre, but Isekai is a very lazy way to do it.

To those of you who care, I’ll note that I’m making progress with choicescript. It’s frustrating, but very rewarding at the same time. I hope I can keep track of everything and make sure one have the possibility to branch out in relation to the mandatory events ‘n’ stuff.

@Szaal I see, thanks for explaining.

Also, I do agree with you: if there’s no backstory or questions asked whatsoever, 100% fantasy is better.

@ParrotWatcher Urmurgurd, three each? I’ll see what I can do. I’ve four characters in mind so far, and one pending (not sure if they should be a RO or not because it might create some issues, big time). I guess when I finish the demo people can have a chance to vote about it.