And here’s one more thing that frustrated me lol. For such a lusty woman (at least that’s how I play her), the ronin sure is dense to not see that Masashi’s got it real baaaaaad for her during the dream scenes. Like honey. Why else would a teenage boy make a woman look way hotter in his coma dreams??

Anyone can tell me what smells like eggs gone bad in that cart?

Just finished the whole thing in one sitting, and man was it a ride, from tragic sacrifices one moment, especially over my pal Jukoni to side splitting comedy at Masami’s fantasies in the next, the developments with our Ronin, and especially that ending has me dying to see what comes next.

I do hope that fixing this latest problem will be a lot easier and faster for our cast, as I miss having Masami around, though if she’s back, but just in the wrong body for the time being, well that works too.

Only thing that bugged me though was that I hadn’t expected that one decision in book 4 would make my ronin really hate Junko, considering how caring and attached they could still act throughout the book, I just chose it so that they wouldn’t be romantically attached anymore, so it was pretty jarring to have my ronin speak so coldly about her whenever she would come up in the story.

gunpowder, because of the sulfur

Book 2: “It’s the blood-pumping sequel to the interactive tale you already know”

Book 5: “Samurai of Hyuga: Book 5 is the gut-wrenching sequel to the interactive tale”

We got a break last time, but it looks like @MultipleChoice has resumed the anatomy abuse!

Oh my god, what have I read just now?
That was one roller-coaster, that’s for sure, from basically torture-porn to the chapters that cleared my skin and cured depression. And Tosh finally got laid, thanks for that, they deserve it. Yeah, definitely more exciting than the book 4, although it was also good, to be honest it deserves its own big ass post about how amazingly it portraited a dysfunctional relationship. But fun episodes in the end of the book 5 were absolutely long awaited, the Ronin needed a break.
Since its the first book I caught immediately after release, I’ll use this opportunity to gush over how clever and self-aware the series is. Seriously, the fact that MC’s second biggest problem and plot driver is that they are MC and everybody fall for them is so good, I just can’t. And everything is exactly as it needs to be and where it needs to be - no characters or plotlines are lost or discarded, things are dark and difficult but never tasteless or done purely for shock value. Every (at least somewhat prominent) character has their own flaws and strengths and is very alive and real.
I’ve got no idea how I’m supposed to live till the next installment, but goddamn it’s gonna be worth it.

Also, I don’t know if somebody else made this joke before… But Japan and Wild West? The setting of the SoH is Japanifornia, isn’t it?

How time flies… Thank you for giving us the hyuga universe once again.

Ending of Book 5, i am quite confused. Can somebody please explain what happen to MC?

“Samurai of Hyuga: Book 4 is the bone-chilling sequel”

I almost fell off my seat when I saw my email notified me that SoH Book 5 is out now. Went straight to buy it but holding myself back to play the whole series on this weekend. Will probably regret this choice but I’m ready(maybe) for the next emotional roller coaster 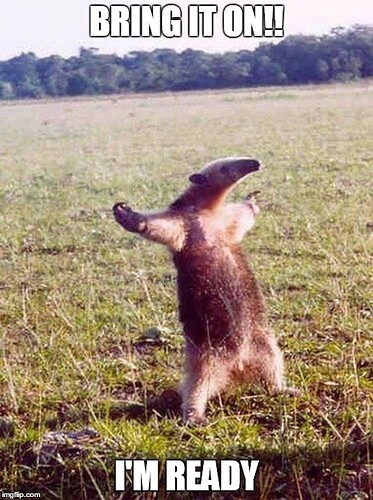 Oh my god just finished it, this ending is too much for me.

So is Junko alive, as I just bought the game but wont have time to read anytime soon and didnt mind a little bit of a spoiler about that if someone could provide an answer?

I think Nishi repeats herself in a scene.
besides that oh gerd
AAAAAAAAAAAAA

So many things about Toshie’s intense feelings for the Ronin make sense now.

Of course she’d feel that way in such a short amount of time. To her, it’s been a long time. She and the Ronin were in a relationship in lord knows how many of those loops at the Baron’s estate and she was the only one who remembered.

Wow, that was good, maybe a top three CoG experience.

Also, just asking for a friend, would you ever write a SoH High School AU?

Thanks a lot for making this book.
I’m not sure my employer will be happy about this but I cannot stop reading this one.
I enjoy it much compare with the book 4, even if it was quite hard psychologicaly.

I think the romance with Toshie one of the best, if not the best of a choice of games book.
The book was so much stressful, it was a relief that finally we got something with Toshie.
Well it was a relief until I read this ending…