I feel like Charismatic would be a better fit than Seductive, simply because Seductive carries the kind of sexual undertone that would exclude other kinds of manipulations. I seem to remember that a great deal of poisonous animals also carry bright, beautiful colors, so… Enticing? Appealing? Captivating? Enchanting? When you talk, they listen.

I dunno, Seductive may be the best one at the end of the day. Just a couple of ideas.

Also, what does poisonous means, aside from the obvious “uses poison”? In terms of personality, it is. Does it mean the person is ruthless? Deceiving? Treacherous?

Well, in Spanish means not only the obvious. Means a person ruthless treacherous… that spreads her sin to others too. Like Imagine a person who corrupt others to obtain a gain or just because. poisoning their virtue or soul. I think is a poetic meaning, no clue about English though.

that means swapping out charismatic from another animal, so perhaps:

I’m thinking that the Dormouse can be described as:

Small and agile furred rodent with large eyes, small claws and little sense of territoriality - except in the mating season. Frequently found foraging in the boughs of trees or sleeping in their nests.
Associated personality types: kind, joyful, non-confrontational

It is now uploaded in the demo - so your decisions affect the animal you’re identified with. Phew. .

I’m just looking at his stats page now and thinking that with the extra ‘animals of Mara’ section I put in last night, the page could do with a tidy up/reformatting via the introduction of some sub-headers. Hmmm

And the new swish stats screen is up on the demo.

Should be clearer. Timeline has been changed to reflect the Anno Ascendit (for later in ‘The Aegis Saga - Forged’ when I expect to go into the Aegis and its creation a bit more)

Thoughts anyone? Everyone’s input has been great! thanks!

I’m actually having trouble working out what is going wrong. . hmm

Weirdly I can’t repeat Mara’s problem. I’ve also checked the other files (crossreferencing Mara’s line number)
An example of the chapter commands are:
*set marascylla + 1
And have checked for mispellings.

Has anyone else had a repeat of this problem in their trial of the demo?
Thanks!

I think I know where is the problem, I am looking stats in The ria Introduction. You didn’t have stats set up in the intro I think. I still have the problem. However I don’t know your way of coding is different from mine.

Thanks for the clarification. Okay, they should trigger when you first select your name.

But I still need to sort that out and make it work properly.

I’ll need to make some changes. Maybe I could try to change my choicescript_stats.txt this evening to use this version of coding. I’m going to ask @Vendetta if they think it might work for what I want it to do - but they haven’t been active for some time. . . Does anyone else have ideas?

How to get Choicescript to determine the highest stat ChoiceScript Help

It’s entirely possible to over-think a particular problem searching for an elegant solution . . . The “brute force” method would work fine here, which in this case would be a simple series of checks using temporary “mainstat” and “mainstatval” variables to carry the name and value of the player’s highest current stat. Begin by setting these to match the first stat, e.g. Leadership, then iterate through the *if checks, changing these two mainstat values only if another stat is higher, along the …

So I’ve given this a few play’s and i have to say i bloody love it ! i understand the blocks of text can be off putting for some but i’m a massive bookworm so i didn’t mind, i really like the style of your writing and can easily emerge myself in your world which is very important to me can’t wait to get my hands on more, its times like this my insomnia comes in handy lol carry on with what your doing and good luck x

Dawn_Mason thank you for your really lovely comment - it means a great deal to me!

I think its wonderful feedback like yours that is turning the final development of ‘The Aegis Saga - Blood’ into such a pleasure for me.

Yess, I want back stab my friends soon, There are so childish. Oh my goodness… My girl is trying to get them away subtly. To maintain her charming, but damn It is difficult for her.

“But the point is this Monsieur…the reason why Madame complains of you is not because of the immorality in itself; but because, so she tells me, you make immorality delicious.”
― Daphne du Maurier

My girl was so happy and busy imaging being a powerful princess in the court intriguing in ballrooms. When the annoying rats trying to telling her something about a non binary bird … And all that games… My girl found herself trapped with stupids and She tries so hard know about politics and court customs. She even try sneak in grumpy verses office to know about political knowledge. She is so cute , and interested in herbs and medicine to being a healer She said to grumpy in my head canon.

When I’m just beginning to think that fantasy writing is so much cooler than life . .

what the hell is this! why is it visiting me??
https://dl.dropboxusercontent.com/u/47183494/FullSizeRender.jpg

You have been visited by the bat-bee-hummingbird god

We are not worthy

I think it wants to suck your blood. 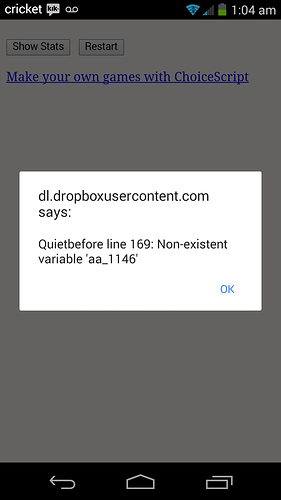