The dark fantasy, text-based gamebook app ‘Painted World’ has been released on Android and iOS.
The app works like this - you have nine protagonists. Their worlds and stories interact. They start their stories in different times and dimensions, but they run into each other along the way.
You see the world through the eyes of your chosen character. At the end of each page you have two choices which determine the next chapter. You can also change protagonist and see the world from another point of view.

The story is dark fantasy filled with angels, demons, humans and supernatural beings including Wendigos, Obigados and beings from ancient celtic ‘lore’ such as Crom Cruach.

The worlds of the story include earth, heaven, hell, purgatory, the ghost realm, other dimensions and times and other planets.
The main characters are …
Marcus/Marcella - An angel/demon serial killer and hunter of killers on who meets with a couple of cannibals who might just be his match
Rose - Daughter of cannibals, thrown into a psychiatric hospital for trying to expose them - in touch with Ancient Egyptian Goddess who may be a friend or a foe
Iris - A member of the cult of the Angel Marcella who is kidnapped by gangsters
Evan - A psychic veterinary nurse who falls in love with Iris
Harry - A 238 year old sea captain cursed with immortality
Jill - a psychiatrist in Rose’s hospital who gets strange letters from a man known as the Fire King, she thinks she has it under control until a golem shows up at her door…
and another 3 characters (you’ll have to download the app to see more)

The app is totally free to play (no in app purchases required). It can be downloaded from google play and the app store and links are in the website. The website is here:
http://glitterbug.ie/paintedWorld/

We currently do not have game stats as Painted World is more about your direct experience with the story than about what other readers do at present. We are working on a multiplayer component in the future which will allow you to interact with other people and the stats on each choice made would certainly tie in with that.
Thanks for this valuable feedback. It is something that we can integrate into the next update.
Laura

Definitely goning to give a try, looks interesting

But the words are bit out of place, it will be nice to have a simple background (white with black lettering)

Other than that, its interesting.

Thanks so much for the feedback, we really appreciate this so much. It’s brilliant to get feedback and we aim to fix these issues as soon as possible.

We are currently working on an update scheduled for release tomorrow which will fix the text positioning and change the background to a gradient. After reading this we have decided to add in some functionality so that you will be able to choose your background colour.

We currently have a white background with black text, so I’m wondering what model of phone and/or operating system you are using because this might be an issue with our app on that particular version of Android. Certainly it is something we will look into ASAP to get a better, more compatible version out there.

thanks so much, this is really helpful and I’m glad that you think the story is interesting,

Do you happen to have the direct Google Play link please? My browser says I’m missing an extension and refuses to open it.

I do indeed have a direct link to the Google Play version. 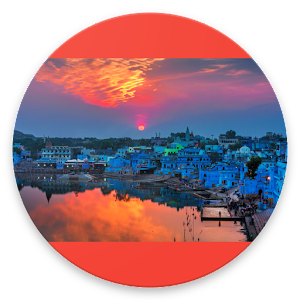 Welcome to the Painted world - a text-based interactive fiction.This is about story. It is text-based. It is character driven. Let your imagination take flight!The theme is fantasy. The characters are nine and you can choose one to be your champion, your protagonist, your eyes and ears as you enter this world. Marcus/Marcella - Once the Angel Marcella, Marcus was sent to earth for staging a rebellion. God gave him a dubious promotion - offering him a powers of a God. He became the God of chaos. ...

@Laura_Antoinette_Cav I’d like to play this but the required iOS version is too high for my device. Is it possible that you make a lower iOS version (like iOS 8) compatible for older iOS devices?

Just a suggestion, maybe don’t make the full page ads after every single page. Honestly, I couldn’t deal with it and have very limited data. I suspect a lot of people wouldn’t keep going or just turn off their internet so they don’t have to deal with them. Also it stopped after only a couple of pages. Is it still being written, or do you have a low page limit/week with no way of going forward without waiting? The subject looks really interesting and something I would probably read but the above two points are deal breakers for me sorry. Good luck with it though.

I think she said to release few chap/pages each week.

Hi there, thanks for your feedback!!

We will be making a version for ios v8 in future, probably June.

We now limit the ads to show only 2 per hour (as of last week) and we will be changing to rewarded videos for each three decision points instead of ads from May onwards.

Welcome to the Painted world - a text-based interactive fiction.This is about story. It is text-based. It is character driven. Let your imagination take flight!The theme is fantasy. The characters are nine and you can choose one to be your champion, your protagonist, your eyes and ears as you enter this world. Marcus/Marcella - Once the Angel Marcella, Marcus was sent to earth for staging a rebellion. God gave him a dubious promotion - offering him a powers of a God. He became the God of chaos. ...

Downloaded app a while back. Updates look good. UI much better.
Can’t access all characters though. How often are they released? is there a schedule?

hi there. Glad you like the new UI changes.

Here’s a character summary, you can see more at the website http://glitterbug.ie/paintedWorld/

Welcome to the Shooting Stars talent agency where Arjun Petal can make anyone a star… or at the very least that’s what he tells the prospectives.
Arjun is a con man, his con is the age old vanity press scam.
It works like this. He meets a client with low self esteem and dreams of stardom in his modelling agency and he relieves them of all their surplus cash… he gets his fees and then he makes them feel so bad about themselves that they cannot continue with his program. His fees are non-refundable.
What can go wrong? Eh? Well… things are not going to plan for Arjun. Maybe it’s the ghost who haunts his building or Irina, his latest client, who seems to be able to see the ghost or maybe, just maybe …
It’s something to do with Eve, the mysterious lady who shows up at his door and gets angry…