On a completely unrelated note, I’ve been unsure about how to handle profanity in my game. I feel it’d fit its tone to have a bit of it, and nothing that wild - your F and S and whatnot. Still, I do feel a kind of impulse to keep it clean, but I also don’t really like censoring it with **** and similar, or just writing around where curse words would be. How do yall think about it?

The one thing I’d advise against is inventing your own curse words or using diet f-bombs like ‘frak’ and ‘frell’ and whatnot. Unless you get them perfectly right there’s a good chance of them ruining what should be dramatic scenes by making your characters feel like Ned Flanders getting all ding dang doodly upset.

Personally I disagree with you, in that made-up swear words are a good way to convey the sentiment without achieving the highest content ratings, but at the same time I love your example.

Last month didn’t wrote anything was busy with other things…
March is really a bad month for me, but I manage to write 5k in on my little project.
Don’t know when I can be active at the forum again due to RL stuff and I just got fired from my job hooray because Librarians are not needed due to no face to face classes; yeah, life is a drama for now.
Any-who, good luck to everyone this month, may you all be productive and successful!

My main task for March is to make an appointment with a headache specialist. Anything on top of that is extra. I have learned my lesson.

I love that I’m learning new things for the profession I want to do, however I hate how much time it takes from me to go through these classes. I studied 167 notes cards the other day for 3 hours; and that was only for my mammalian anatomy class. Not to mention the time it takes to write all those out.

All this meaning i don’t really have time to write, bht I’m knocking out small chunks of the last part of chapter two in The Bureau, so my goal is to just finish the subchoices for this one choice in the scene, and that’s all i can really expect from myself.

Trimmed another plot point. Thought of doing something cool with it, but with how much I’ve been trying to stuff into this thing, it just feels superfluous because it’s now relegated to the background. Not enough if a return to the narrative even if it was well built into the world, and might be a letdown if the player character don’t actually interact with it?

Also, this is turning very much into a political fiction - that’s where all the excitement seems to be focusing towards. Vampire hunting is just… a job. (You need money to party in London after all - still need to figure out how to handle debt in CS because that’s what “rich” people do… go into debt. Lots.)
It’s still all very much tentative but I wonder if players will actually side with the Tories (or even the Ultras!)… While the Whigs are for votes for everyone, representation of constituencies, emancipation of Jews - not even a question today, but touchy topics in 1830!

Busy with college and job applications, but taking some time to research for worldbuilding still.

I made actual progress in March!

This comes as a welcome change from my hectic Jan and Feb day-job schedule.

Started carving out the first 30mins of my work day for writing, and it has been surprisingly helpful! Both in the sense that I’m fresh and motivated to write, rather than tired from a long work day, and also in the sense that I still manage to get my day-job duties done everyday, even with 8.30-9am blocked off. Forced to work more efficiently, I guess.

Plus, on the rare occasions that I actually have time to write on weekday nights or on weekends, at least I have a small chunk of something that I’ve already written to work off of, which helps with getting in the zone.

P.S. @armadillidium Feel ya re: trimming - I have a graveyard .txt file of trimmed plot points that I will hopefully revisit and repurpose for other scenes.

@burninglights Yesss, I feel that. I had a ton for a previous scrapped project, too. I think the issue is that I find everything interesting, and try to stuff too much in!

Man, I’m really rambling here. Sorry. Find an interesting topic, and what was meant to be short is now very long.

What I started doing in my WiP is, if I want to give more context to something, or write a scene that would be really good but would mess up the flow of the story, I’ll write out as an extra scene that people can access through the options menu once they unlock it. That way I get to write what I want, the readers get more content, and I don’t screw up the pacing of the story.

Optional scenes/dialogues are always nice to show off worldbuilding. I may have lots just because I’m so ramble-y, lol.

But this goes way beyond an optional scene if integrated in - it’s a whole plot thread. This fake “Roehenstart” is taking advantage of the general unrest (alt-history: the Reform Act 1832 was vetoed so the people are rioting) and stirring up stuff about a republic, which is illegal in Britain. Though judging by the amount of Tory vs Whig stuff that’s already planned to be in there, I don’t know how involved the player character can be with this fringe group. Probably not very, if it’s even possible to, since he won’t start showing his face until a little later when you’d be already involved with either party by then.

And politics is only one path out of a planned three. Arghh

I’ve finally done it. After months of work and hundreds of thousands of words I have finally finished Chapter Two of my WiP (all the parts that are going to be in the demo so far that is), and it feels so good. It got to the point at the end there where it kind of felt like all of the character bonding was dragging, but I know that’s only because I’d written a different scenario for four different character choices, and a lot of people are only going to see a fraction of those character scenes.

And now… I get to do it all again in the second part of chapter three… BUT it won’t be as taxing, since Chapter Two was pretty much asking them about themselves, so the player obviously had to have the choice to take the conversation places, whereas the scenes in chapter three will be… not that. My brain is dead I apologize.

Regardless, this is a huge milestone for me. Every other project of this size that I’ve taken on before I’ve simmered out on; but this one is different. I think I’m actually going to finish this one. Even if it takes me another two years (hopefully not).

Either way, it’s now at an average playthrough of 30,000 words and a total wordcount of over 500k I’m pretty sure, and there is much more to come. Keep up the writing guys, we’ll all get there eventually, with each and every milestone!

I’ve finally done it. After months of work and hundreds of thousands of work I have finally finished Chapter Two of my WiP

kind of felt like all of the character bonding was dragging

10 minutes in this forum will show that people will complain about literally ANYTHING (up to and including “this game is too good and I have no time for anything else”), EXCEPT “we spend too long getting to know other characters”.

Keep up the writing guys, we’ll all get there eventually, with each and every milestone!

Remember, bit by bit is how you make good lit. Even Sir Terry Pratchett only wrote one word at a time.

Been trying to get this next chapter out of my sci-fi project here. Been having some issues with my dialogue, worked all weekend on it and finally getting it ready for an update when boom!
Entire system crashes, thank goodness I had a backup but that certainly scared me senseless.

I hope you all are doing ok!

I never got around to posting my historical fiction WIP a couple of months ago because of work, convoluted plot, and gameplay balancing issues (I fell asleep while reading my work back then), but finally got around to making something tangible and with some promise, I think. This project is still one of the most fun I’ve had in a while, even if my head still hurts from trying to figure out Korea’s conscription law in the early 1590s.

This month I am going to write four thousand words.

I take it this means you didn’t hit the target?

And if you didn’t, you probably structured some of the text in your head (or is that just me?

And if you didn’t, you probably managed to relax a bit in the times where you would have been writing.

So it’s either progress or self-care, which is great either way!

I… haven’t really been writing at all this month. I’ve still been daydreaming/outlining plot lines, and I still want to keep going with my writing project. I’ve just been doing other things this month like, celebrating my birthday, using my gaming PC, traveling to London, playing Horizon forbidden west and recovering from COVID that I cached on the plane home from London.

I have a feeling that March is going to be a good month.

March was indeed a good month! All of the above got done and so much more. Gosh! I had no idea I could write this much.

Overall, I’m really happy of how things turned out. 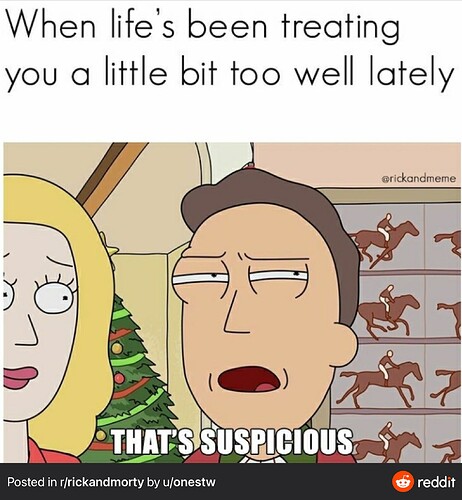 I guess I will enjoy the love and sweetness, and productivity until the next shoe drop, right?

Funny enough, I even started a new story for my Patreons call “When Life Gives You Lemons” Will see how that turn out.

April is my birthday month, so I’m looking forward to it and to do a lot more writing.

Hang in there everyone. Happy writing and see you all in April.

I did hit 1,5k on my Master’s Thesis, which is… good enough I guess? Although it wasn’t all in this month, but I also did some coding for it on the side, so. Finished a whole portion though.