I had play Highway Wars a while back before it had been taken off, and find that it has some “unique” story-arc , not the “Mad Max” i was originally imagine …

Perhaps @adrao can remind us what the game is about , and what changes had been made from the original WIP ?

I don’t think so… @adrao never mention it is going to be a series, and last i play it seems like a stand alone title because the ending certainly sound like it … the WIP didn’t actually let us play till the end, but i have a feeling that will be a final ending … well, if the MC conquer the world with the Robot Armies , why shouldn’t this be the end ?

What else can the MC do in a sequel if he/she already owns a Machine Empire ? That is at least my assumption , only the author can qualify that

Ah, I see. I honestly would want a standalone game/book as it would be difficult for me to move on to another game/book without knowing the ending of the previous one. Though playing/reading a game/book that’s part of a series wouldn’t be so bad if it was intended to help the characters for development opportunities and to maintain an interesting plot.

What’s the synopsis of highway wars? Don’t think I’ve played the demo before.

It can definitely be read as a stand alone book. It has proper conclusions to each branch of the story.

Well… This was the initial description … on the Submitted WIP Page

"MC is a Highway Marshall, some sort of policemen/mercenary in a “Mad Max” type future of walled city states and barbaric deserts. You must recruit a small group and drive through a desolate Spanish landscape to find a kidnapped engineer, before he is sold into slavery. The game has significant branches, and quite a number of distinct endings already coded in.

I thought it was meant to be a futuristic “Tin Star” … but when i play through i notice it was different Highway Wars is not as story oriented as Tin Star , it was more developed as a game purpose … what strikes me most was that somehow the rescue mission turn into a world dominant ambition ( perhaps it was a choice i made that met this branch? ) well, my MC found a Robot Base and activate them , suddenly i had been given a choice to lead the Robot armies to conquer the world with multiple strategy …i was like wow !!! I would want to continue try out the branch again, but i was sort of busy with other things and the game was submitted , i read that there had been some changes and improvement …and i am surprise that a simple rescue mission turn into a war dominant game… i am always curious whether i can stick to be a good guy and just complete the rescue mission , do i have to fight against the robots ? that’s why i am interest to try out the final product

Ahh thanks for clarifying. Maybe I should wait for reviews lol.

@Eric_knight, thanks for starting this thread! Basically, the initial inspiration for Highway Wars was Freeway Fighter (https://en.wikipedia.org/wiki/Freeway_Fighter), which obviously draws much inspiration from Mad Max (and which also was a major inspiration for the film, I watched several times the new film and even Thunderdome while writing the gamebook).

But, I went a bit crazy while writing it. One of the comments on the Google Store for my previous game (Tokyo Wizard) stated that there was only real 2 different endings (well, there are many more, I think). So, for Highway Wars I wanted to make sure the endings are really diverse. You can finish your original mission and leave things at that, or pursue different choices you can rescue the engineer and drive into the sunset -the original mission-, or decide to extend your mission and conquer the lands around you, becoming a warlord or helping the Free Cities bring civilization to the planet… but you can colonise Mars, become a “vampire”, lead a robot army to dominate the world, re-terraform planet earth, etc! , The game branches considerably, with some of these paths mixing and returning to other paths you can discover the abandoned base and then return to the path of returning the engineer to safety, the choice is yours!

@egene31, not, it will not be part of a series. It is pretty much self-contained, and the endings don’t lead themselves to that

@Vanessa_Pang, Eric pretty much summed it up well. But yes, if you didn’t follow the WIP until the end then I guess you might have missed many of the other paths that you can follow. And yes, you can just go ahead and complete the original mission.

By the way, do you mind telling who are the ROs ? I didn’t seems to find any RO in my last play-through

Is the co-driver or my robot commander a RO ? I remember the zombie scene, i figure if i am conquering the world with Robot army, the zombies won’t matter since they can’t eat my metallic robots …i will crush them eventually

Well, my games probably don’t have the best ROs ever (I don’t seem to be very good at this). But, basically you can romance the navigator, there is another RO in the middle -Wilda, the navigator of another marshall-, and you can marry three other warlords, mostly for political reasons (securing an alliance) . Definitively not the most well developed part of the game, but there is something in there…

It’s out in App Store =D 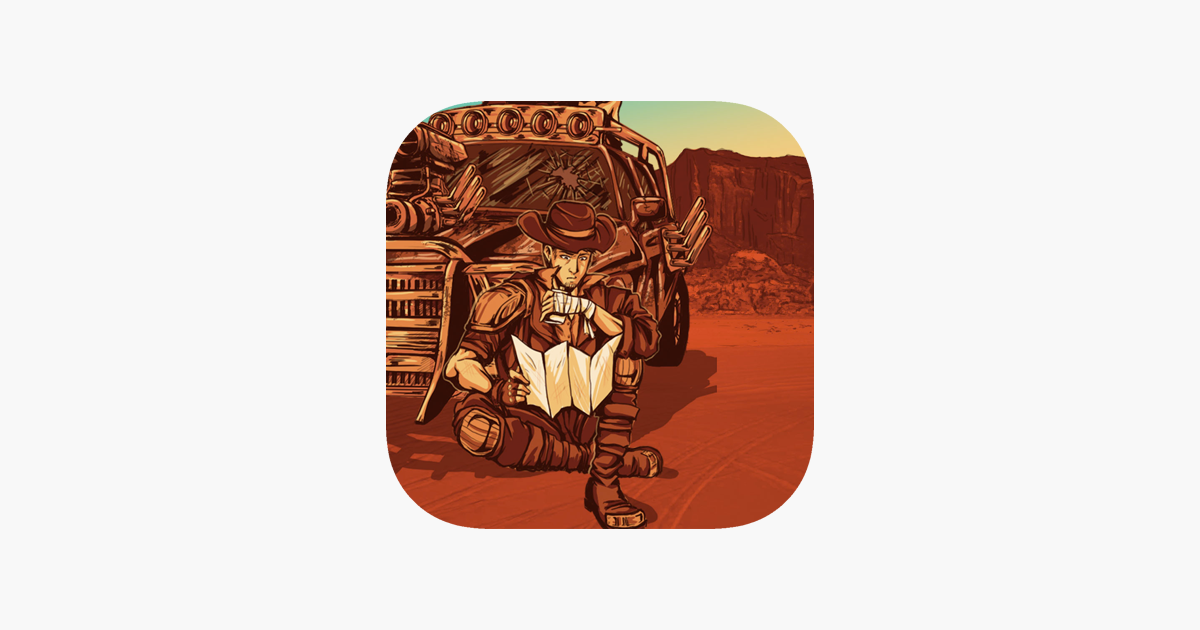 ‎Become a road warrior in the arid plains of the 21st century! Take the role of a Highway Marshall, in a bid to enforce the rule of civilization on a post-apocalyptic world. Will you prevent the sacking of the last remaining Free Cities, rule over...

Become a road warrior in the arid plains of the 21st century! Take the role of a Highway Marshall, in a bid to enforce the rule of civilization on a post-apocalyptic world. Will you prevent the sacking of the last remaining Free Cities, rule over them as a Warlord, or attempt to seek a better future for humanity in another planet? "Highway Wars" is a 190,000 word interactive post-apocalyptic novel by Adrao, where your choices control the story. It's entirely text-based—without graphics or sound...

It’s out! Really happy about it, and thanks a lot once more to all those who playtested the game!

@adrao I don’t where to put this but I think I found a bug; when I choose my own name the last name doesn’t show in the stat screen and it doesn’t let me choose a gender.

Are you on android or apple? If on android, may be worth a reinstall as I could choose a custom name fine. Surname doesn’t show up on the stat screen for anyone custom or not. (Not sure if it is meant to.)

it doesn’t let me choose a gender.

Actually it has an indirect way of choosing the gender , it gives you a scene where your choice will indicate your gender… As for the surname, it will appear on the story itself , but not on the stat screen

I had just finish one playthrough , and i notice that the writing as well as story telling had greatly improved as compare to last time… at least that’s what i felt, i really had an enjoyable reading experience through-out the game, and i manage to connect well with my MC

My impression is that, Highway Wars really impersonate the true spirit of Mad Max , where the MC runs a high octane adventure inside a Armour Tactical Vehicle , the story telling is fast pace and really capture the imagination of how it feels like being a Highway Marshal in a post-apocalypse environment … but the greatest joy is that the MC is not doing it all alone as he/she had a chance to pick his/her own crew , and the interaction with the navigator feels natural … well, i pick Judy as my navigator … her companionship through out the adventure was comfortable and cosy, not to mention Judy was an excellent RO perfectly fit into this sort of post-apocalypse environment , not too much of romance flirting with her but the interaction with her feels natural and warm hearted , Judy is like one of those girl friend who you meet in a journey and when she fully trusted you, she will follow you loyally without much complain (even if she did, she will still watch your back) Judy is a gentler version of Furiosa to be honest , her character may not fit well in other story but fit perfectly in a post-apocalypse war zone … , i would think the True Ending of the story might give a more satisfactory feeling but i got rail-roaded by chosing the option of re-terraform the landscape of the world … although i think it is logical that when i stay too long in the Robot Base, Bargus will fall eventually , the final victory against Santander ends a bit abruptly … but hey that is still a happy ending

When i finish the Terraform ending, i was hoping there will be an epilogue on how my MC and Judy carry on with our life together, she did said that now we are a couple in one of the romance scene … so i would feel that some sort of closure on how MC and Judy live their life as a couple ruling together will be nice… and what about the reaction of the Zaragosa captain when we help terraform the landscape ?

How much do you guys rate this game? I’m trying to decide on whether I should get it or not.