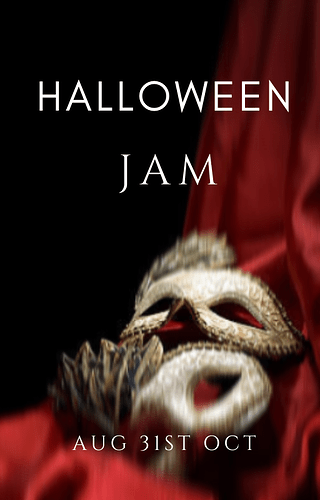 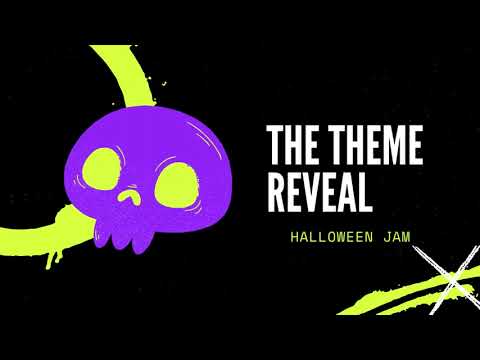 You can ask here for private beta testers and put a private link of your beta in pms. The games wont be allowed to be publicly available until the end of the deadline.

I do that to create expectation in readers and to not cause anxiety in the other participants.

Have a nice Event. And Here you always have a open hand and heart to talk about your struggles and your victories over our own insecurities.

I am so excited about this!

An invitation, a masquerade, and dancing in the moonlight. However, I do have one question, Mara. For the Queen/King/Caln – is that something inside the story, will a story be chosen as the Queen/King/Cal overall (the Poll comes in play for that, I would assume), or is it both?

The choosing event has nothing to do with the story is a side activity, for the fans. However, It is really useful for us the writers; as give us a way to know what people like and why of our NPCs.

But, It is totally secondary and it is no part of the theme

Awesome. One thing I don’t have to tweak in the story. However, it will be interesting to see how everything works within the Jam. I’ve never done a Jam myself, but this may be exactly what I need to get myself writing. A sort of ‘push’ in the right direction? This is going to be delightful.

Fantastic theme! Super excited for this!

It has to include a disguise that makes people difficult to recognize For instance, the King card shows a man with an hologram mask. Maybe it is a spell, But it has to be At night, in a party and with something that hides people identity

Sorry, I tried to hint the theme heavily in the announcement trailer. I even use Masked people in gown attire. Maybe, I wasnt as direct as I though. But you have time, you are a pro!

Sounds very cool. One question though, is the theme solely ‘masquerade ball under the moonlight’, or is the ‘death’s invitation’ an essential feature of the theme?

No, it is not is just a flavour choice to inspire and for me tie the differenty promotion material.

There will be more Death material throughout the Jam as a way to establish and create an atmosphere. I see the figure of Death as a whole of avatar of my role as hostess.

But if you want use as inspiration or game element be my guest and use it.

I love the theme and the possible stories that can come from it. I just wish I had the time and that it would not take away from my current WIP. What length are we looking for in our stories?

Totally free length. I personally think that 2k is the minimum amount for choices still being impactful, and enough words to describe the game.

My story for the last jam was just around 18,000 words, and I felt that was just enough for the story I wanted to tell. And nobody mentioned the length in any feedback. Hope that helps!

Very specific prompt: it’s a masked ball where you pick the prom queen/etc.

Do we want to create a shared NPC that just happens to show up at literally everyone’s masked ball?

I wanted to try to write something creepy and unsettling this year as a kind of challenge. Not sure how I’ll manage if it has to be a masquerade ball.

No no no no. It is NOT a masquerade where we choose a king or queen. That is not what the theme says. “A masquerade event under the moonlight” That’s the theme.

@will The choose of King Calrn and Queen is a secondary event where players can choose from their favourite Npcs.

@Cecilia_Rosewood I don’t want to suggest themes. However, a big part of the classic terror is from covens of mask people adoring old pagan goods and sacrificing people.

To a Cyber punk event where all involved partigoers are there to kill each other until one remains and get a price money.

People it is not that the theme is restrictive. It is you are not looking a theme in the correct way.

After choose the theme I checked that thinking 25 ideas in less that 15 minutes. I get 32 in ten. All of you can do it.

Intriguing theme! I’m interested in seeing people’s takes on it.

The choose of King Calrn and Queen is a secondary event where players can choose from their favourite Npcs.

I’m going to create the prom kingest NPC anyone has ever seen.

No problem, I tried to separate the promotion of both to avoid the confusion but I did a regular job on that; Maybe, I have to do a separate video on the matter. So, thanks for giving me the feedback that something wasnt clear enough

MARA’S PROJECT AKA I am not a pumpkin head.

To not have anything advantage I directly didn’t choose my own theme.

I use a mad libs random words with Halloween theme and I Got “Pumpkin head” so Yay that is my prompt.

I use a almost automatic writing method to write and ploting So I don’t need more than that to imagine a delirious dystopian universe.

I still thinking about my game design. as for me Cog formula is limiting. Should I followed the canonical way or my own.

I know that if I do what I love I wouldn’t have votes. But, I really prefer doing a bizarre game so Thats what I will do.

I Cheer you all to put a daily basis or one a week report of your own development.

@HannahPS system of Game development is my model. They is my model in writing period since Their mods in several old bioware games.

I want help all you out we are in this together There is also @Eiwynn month writers support That is key for people who like me have anxiety and self-esteem imposter issues. If I can do it. You can do it twice better. I trust in all The forum capacity of ending a project.

ANYONE OF YOU CAN. HELP ME TO SHOW YOU.